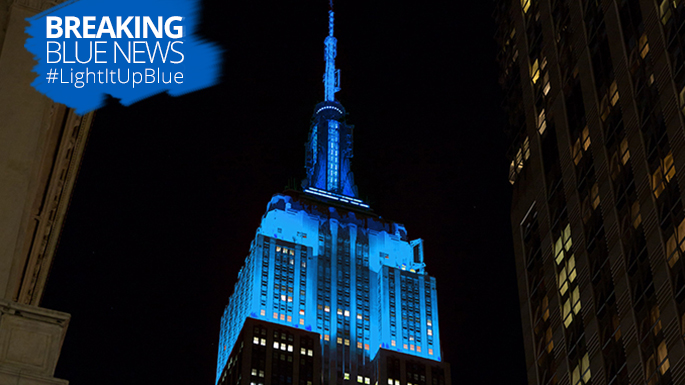 For the eighth straight year, New York's most iconic landmark, the Empire State Building, will Light It Up Blue on April 2, 2017 in honor of World Autism Awareness Day.

This 102-story skyscraper was constructed in March, 1930 and opened on May 1, 1931. It held the title of World’s Tallest Building for nearly 40 years – the longest run of any tower – and is currently the fifth-tallest skyscraper in the United States and the 29th tallest in the world.

The American Society of Civil Engineers have named the building as one of the Seven Wonders of the Modern World. It today has received the recognition of being a National Historic Landmark.

In popular culture the skyscraper has been featured in countless films, television series, and literature.