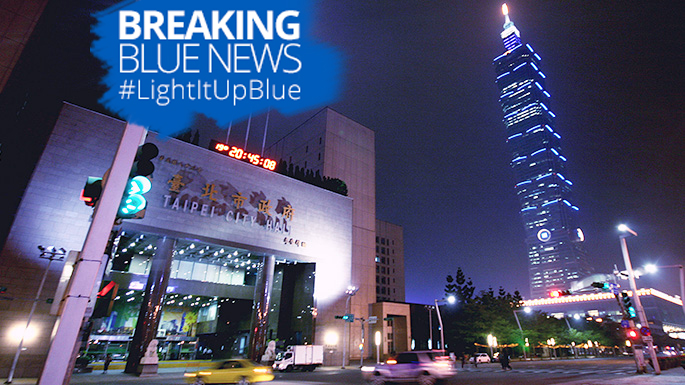 The Taipei 101, formerly known as the Taipei World Financial Center – a landmark skyscraper in Taipei, Taiwan – will Light It Up Blue on April 2, 2017 in honor of World Autism Awareness Day!

Construction on the tower started in 1999 and finished in 2004. The Taipei 101 was the tallest building in the world until 2009 and today is the 6th tallest. The tower today stands at 101 stories tall and serves as the icon of modern Taiwan ever since it’s opening.

In addition, the tower is lit up with fireworks for an exceptional New Year’s Eve firework display every year for the local community to enjoy.