My story being diagnosed with autism as an adult 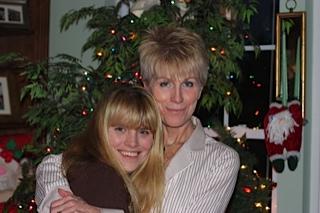 My whole life I thought there was something wrong with me.  My diagnosis changed those thoughts.  When I learned about my diagnosis I knew nothing was wrong with me…I knew that I had something very special about me and my life was about to change.

It was April 3, 2013, two weeks after my 34th birthday, when I heard the words: “you’re on the spectrum.” As soon as I heard those four words, my body collapsed into my mom's arms. My mom and my stepdad were both in the room with me and you could feel the relief that went out the window.

I remember walking out of work two days after my official diagnosis after a long day and stopping in my steps in the middle of the parking lot thinking to myself “I feel normal.”  Why, after all these years, did I finally feel “normal?”

I’m still trying to figure out what this all means.  All I know for sure is that I finally feel whole and as strange as this might sound, my life makes sense now.  I don’t feel out of place and awkward.  I guess the greatest thing that came out of this is how I’ve been feeling my whole life has finally been validated.

When I tell people I am autistic, their reactions are mostly “Wow, I would never have guessed that.  You don’t act like you have autism.” I want to say back to them “How am I supposed to act?” You can’t tell a person is on the spectrum by just looking at them.  As I try to explain what being on the spectrum means, I can see them start to get an interest in what I’m saying and they start asking me questions.  I answer them as best as I can by using examples of my own life.

While I’m glad that I finally know I’m autistic, I sometimes wonder what my life would have been if I had been diagnosed as a child instead of in my early thirties.  I wonder in my own thoughts if I was a child now with the same course, would I be diagnosed? I didn’t speak until I was four years old and spent many of my early years in speech therapy.  I’ve been sensitive to loud noises and I now understand my sensory issues.  No one suspected autism.  In 7th Grade, I was diagnosed with Dyslexia and in my early twenties, it was ADHD.  The funny thing is I never really felt as though I had either of those.  Throughout my twenties, I saw many therapists that never thought of the idea of autism.  It was so frustrating for me not knowing why I was and felt so different.  No one seemed to know.

While I was going to my last therapist, it was my mom who brought up the idea of me having Asperger's syndrome.  She had been reading about it and she saw some of the traits that she saw in me…especially the social aspect of it.  As my mom brought this to my attention, I started to do some research on my own.  The more I read about Asperger's/autism, the more I saw myself in those words.  Could this be the answer that I had been looking for all my life?

I think I had two things working against me growing up.  The first was that autism wasn’t as known as it is today. Second, it was and still is in a small way considered to be a boys thing.

I now feel that I am understood much better by the people in my life.  It’s a struggle everyday trying to figure out this thing called life as someone who is on the spectrum, but with the support of my family and friends, I know I can become a better person.  Just the other day, someone very close to me mentioned how far I have come in such a short time.  I still get frustrated on little things I feel I shouldn’t do and my sensory sensitivity, but I am learning how to live as a female on the autism spectrum.

Now as my 35th birthday and my one year anniversary of my diagnosis approaches, I could not be any happier with whom I am.  The past year has been has been a roller coaster, but I can finally truly say that I am comfortable in my own skin.  It’s a great feeling!

This guest post is from Samantha Ranaghan, an adult on the spectrum.

Life on the Spectrum
One family’s story of navigating their son’s Down syndrome/autism dual diagnosis
We're Here to Help Chat with Us
Autism Response Team Chat
There are no available agents at the moment.