My Life Before My Autism Diagnosis

This guest post is by Jake McNeil, a 21-year-old adult with autism from the United Kingdom. This post is part of an initiative on our site called “In Our Own Words: Living on the Spectrum,” which highlights the experiences of individuals with autism from their perspectives. 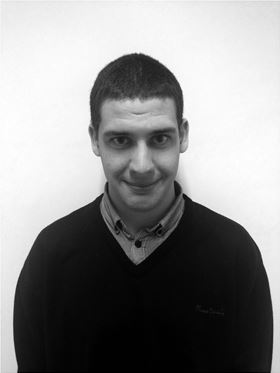 Before being diagnosed with autism, I went through a period of my young life being the victim of bullying that lasted two years.

Over the two years, I was transferred to multiple secondary schools in the United Kingdom and even transferred to referral base, all of which all led to terrible outcomes for my life mainly due to bullying.

It was only when a special needs department withdrew me from this school, leaving me without education for over six months, that the question of if I had autism came up. This led later to an assessment in which I was finally diagnosed which “high-functioning autism.”

Being told I have autism wasn't easy at all. My family also had to face the news and try to deal with this situation immediately. It became apparent that my education at a mainstream school might not be the best place for me to learn anymore and placing me into a special school that could help me develop my independence and self-advocacy, while also building up my confidence would be the best for me.

In September 2006, I started my Year 9 education in Spa School, a secondary co-educational school for students aged 11-19 with a primary diagnosis of autism or Asperger’s Syndrome. The school's goal is to help those with autism understand and accept their diagnoses. The school also helped build our confidence that everyone at the school could have a successful and positive future.

I spent five years at Spa School from 2006 to 2011 and in that time I learned a great deal about the various types of autism diagnoses that can affect a person. This gave me the strength to accept it, but also to accept others with this condition or any type of diagnosis.

With this I made fantastic friends who I still talk to today. I might have moved from London where I was born, but our friendship with each other still remains the same. I have also met fantastic people since going to college. I'm currently in a course called "Moving Image Production," where they help us with creative thinking. The course has allowed me to express my ideas and create projects, and since the holidays we have been going on numerous outings around the area.

From starting at the lowest point my life, I have strived to continue to work as hard as I can to become the filmmaker I want to be, but also to be accepted for the condition I have. It now has become apparent to me that I have finally been accepted for who I am and I am now a much happier person.

Blog
In our own words: Autistic college students prepare to go back to school during a pandemic

Blog
Netflix’s ‘Love on the Spectrum’ gives me hope of finding love one day
We're Here to Help Chat with Us
Autism Response Team Chat
There are no available agents at the moment.