Employment and autism: Persevering through successes and roadblocks

This guest blog post is by Ryan K. Litchfield. Read more from Ryan at his blog, Ryan's Voice. 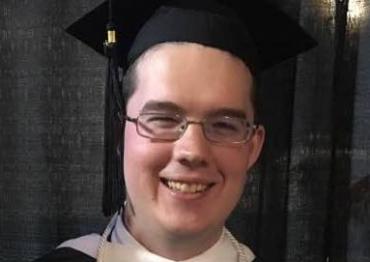 Being an autism and disability self-advocate who has graduated in 2017 with a bachelor’s in human services and a certificate in aging services, I have over seven years of public speaking in disability and health advocacy across many communities within central Massachusetts as well as experience in human resources and administration; human services planning; information and referral; outreach; and case management. I have worked for a senior education program at a local college; completed a 400-hour internship at an area agency on aging which counted towards my college degree; and have worked as an administrative assistant at an autism organization.; a state home care case manager assistant and clerical receptionist for one aging service access point; and a state home care case manager at another aging service access point. I have also done public speaking and volunteer work for an autism resource center and have volunteered to help litigants in district court.

As a human services and gerontology professional on the autism spectrum, I have encountered some challenges. Anxiety and difficulty with multitasking, which at times affected my communication and my emotions, was something I experienced, especially with the demands and expectations of positions such as the clerical receptionist position and the home care case manager which involved handling multiple phone calls and complaints; following up with documentation and write-ups; and keeping up with consumer visits and managing the copying, filing, and scanning of forms and documents for departments, staff, and consumers. As a home care case manager, I had a caseload of 97 consumers. Although I was able to work with my supervisor in the clerical department in one company, in which my supervisor stated to me, “You made me a better supervisor” as she began to realize the benefits of my autism towards the work I was doing. Unfortunately, I was not able to remain in my position as a home care case manager at the aging agency in Worcester due to my health conditions which included thyroid disease and epilepsy. However, the company that I worked for as a home care case manager commended me for my outstanding efforts in trying the position. As a home care case manager, I addressed an urgent situation as well in delivering a consumer some food from a grocery store because it did not receive its home delivered meals despite returning home from the hospital, and this is something that I think people would consider admirable, even though my tenure as a home care case manager was brief.

When I volunteered at the district court at the court service center, I was learning how to handle difficult personal and emotional situations. Litigants came to the service center in which I heard stories of guardianship issues involving children with autism diagnoses; and I had the courage to tell the litigants I had autism, and I provided resources and hope to them by utilizing my knowledge and expertise in the field of human services and rehabilitation as well as my personal experiences with autism. I will state that the litigants who had children with autism, who were parents, were grateful and smiling when they left the service center. During my volunteerism and employment tenure, I went through several treatments for Graves’ disease, which eventually led to my thyroid being surgically removed a year ago, and then I recently had a seizure several weeks ago which affected employment, but I am currently keeping active by mentoring a nursing student at a local college on autism and disability awareness as well as keeping up with my blog, Ryan’s Voice, which I highly recommend you take a look at some point.

Perseverance and resilience are what have helped me to deal with the challenges in volunteerism and employment on the autism spectrum. Achieving both successful and unsuccessful experiences, especially in volunteerism and employment are what make the person with autism not only the experiential learner, but someone personable with a compassionate mind and heart to help change the lives of others for the better in our society.