Today’s “Got Questions?” answer comes from Matthew Lerner, a doctoral candidate in psychology at the University of Virginia and predoctoral intern in psychiatry and behavioral neuroscience at the University of Chicago. His research focuses on developing interventions to improve social and emotional abilities among children and adolescents with autism. 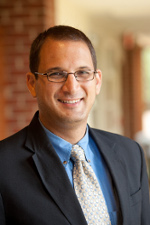 What approaches are effective in improving social skills among teens on the autism spectrum?

This is such an important question because social skills become a greater issue as children with autism enter their teenage years. For many teens on the autism spectrum, especially higher functioning kids, their challenges with social skills become more pronounced and noticed in high school as teens become more keenly aware of who “fits in” and who “stands out.” At the same time, many teens on the spectrum become acutely aware of how they differ from the “norm.” One teenage boy told me he thought that everyone in his class was psychic except for him. He’s not entirely wrong in that he was missing the nonverbal cues and the subtle ebb and flow of friendship development – and was starting to realize it. At the same time, parents and school counselors are beginning to think about what skills teenagers need while dating and once they leave school for college or the job market.

Studies have demonstrated the benefits of several approaches for improving social skills. But they also tell us that no single approach works for all teenagers with autism. Moreover, the majority of studies focus on high-functioning boys and men. We don’t know whether these approaches work with teenage girls and young women or lower-functioning teens, because we lack enough research on these groups.

So let’s rephrase your question slightly to: Which approach should I use with my teenager?

By far the most common and well-supported intervention for high-functioning kids on the autism spectrum is “structured learning.” Typically done in a group setting, teachers instruct the kids on socially acceptable behavior. The teachers then model the behavior, have children role-play and then ask the teens to use these skills with their peers. Though structured learning works well for many children, I have noticed that subsets of adolescents don’t respond well to this approach. This may be because teens are becoming self-conscious and may feel uncomfortable when instructors tell them how to act or point out how they’re not good at something.

To fill this gap, I created an alternative “performance training” model called SDARI (for Socio-Dramatic Affective Relational Intervention). I originally founded the program with Karen Levine at the Spotlight Program at the Northeast Arc in Danvers, Massachusetts. Today, it’s used in many programs around the country and has shown promising effects in a series of studies.

SDARI has three core components, which I think are good examples of the different ingredients that instructors can adapt for teen social skills programs. 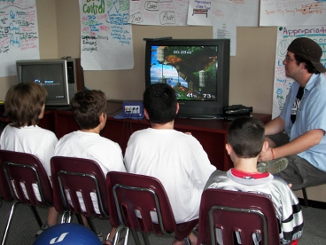 First, we use improvisation games that tap into skills that tend to be difficult for teens, without specifically “calling out” the issues. Second, we “embed” rewards into the social experience. For example, rather than rewarding kids by allowing them to go off on their own to play a video game, we build video games into the curriculum, while ensuring that the teens play them together. By doing this, we hope to associate positive social experiences with the games they enjoy.

I want to emphasize that SDARI and “structured learning” are far from the only approaches that can be used to promote social skills. The take away from our program is that teens differ in how they respond to different interventions. It’s also important to assess each individual’s interests and match those to the intervention that best “fits.” 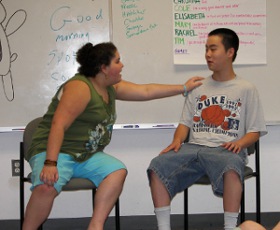 Our ongoing research focuses on identifying which subsets of teenagers respond best to which elements of the intervention. Ultimately, we’d like to build evidence-based interventions that are also tailored to individual needs and characteristics.

For now, I would encourage parents to look closely at the content and structure of their teenager’s social skills programs and think about ways in which the program may or may not be a good match for their child. Think about the things that matter to your child. Talk to your therapist, counselor or group leader about how to tailor the program to your child’s needs. If your child is not responding to a social skills program, don’t give up. It may be that a different approach might work better for him.