Parents See Son’s Autism Ease during Fever; ‘Anyone Studying This?' 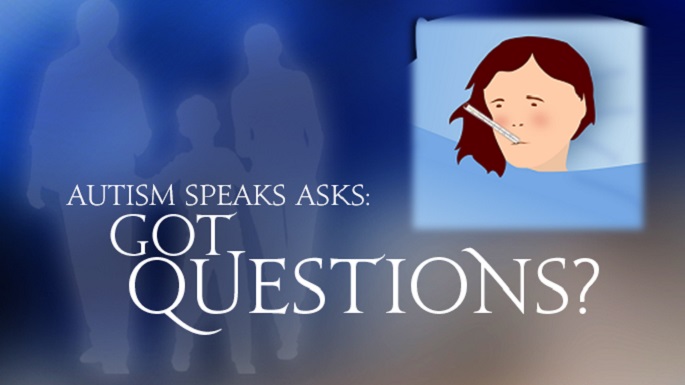 “Our 14 year old has autism. We see striking improvement in his sociability, eye contact, organization and mood when he’s ill with a fever. It took a few occasions for us to make the connection. It’s a clear, dramatic but unfortunately temporary change. I’ve since read similar reports from other families. Is there any research on this connection or possible treatments based on it? We would be interested in being involved in a study since our son is such a clear responder.” 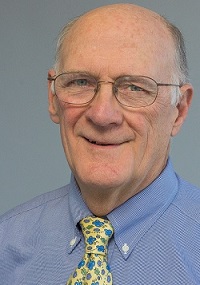 Today’s “Got Questions?” answer is from pediatric neurologist Andrew Zimmerman, of the University of Massachusetts Memorial Medical Center, in Worcester. Dr. Zimmerman’s research has advanced understanding of the role that the immune system may play in autism. This has included investigation into reports of fever-related improvements in symptoms.

Thank you so much for your question. Your experience – seeing improvements in your child’s behavior during fever – is shared by many parents of children with autism.

We estimate that a third to a half of families have had similar experiences. We base this on both reports by parents bringing their children to our clinic and from family support groups where we’ve asked for a show of hands. Inquiring further, we’ve learned of a range of fever-related behavioral changes. Around 20 to 30 percent of parents report improved sociability, mood and communication in their children.

In 2007, our research team published the results of a systematic study on this “fever effect,” in the journal Pediatrics. The research was made possible, in part, by a 2001 research grant from Cure Autism Now, one of three organizations that merged to become Autism Speaks in 2005.

Led by graduate student Laura Curran, the study included 100 children who had autism and their parents. Dr. Curran asked each family to complete a standardized checklist rating their children’s behaviors at the start of the study. This became their “baseline.”

Over the course of the study, 30 of the children developed fever. Dr. Curran asked their parents to complete the same behavioral checklist three more times: 24 hours after detecting the fever, immediately after the fever ended and seven days later.

All the improvements were temporary. They faded away within seven days of the fever. As expected, lethargy (behavior indicating fatigue) was greater while the children had fevers. 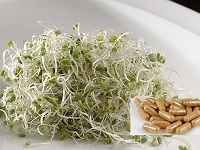 This finding – that the vast majority of children with autism experience behavioral improvements during fever – suggests that the fever effect may be far more common than anyone realized. Perhaps parents don’t detect improvement in autism symptoms below a certain threshold. This may be because illness tends to hide the improvements. Or, as in many areas of biology, I suspect there is a wide range of effects – from barely detectable to striking. The more-dramatic responses will be more likely to prompt parents to report and seek to understand the behavioral improvement.

I believe that these fever-related changes in autism symptoms strongly suggest that the brain is not “set in stone.” At least to some degree, I expect, persons with autism can be “unlocked.” How? We hope to find the answer by studying the biology that underlies fever’s effect on autism symptoms.

We haven’t yet found what the underlying cause is. But as you can imagine, there has been much speculation.

We know that fever is a complex process that has many effects on every organ system in the body. In particular, fever powerfully affects the immune, endocrine, brain and nervous systems.

Fever is part of nature’s defense system to protect us against infection. In the process, it engages all our cells and organs.

As such, it produces a powerful “cell stress response.” This is also referred to as the “cell danger response.” This complex response involves an increase in cell metabolism and alters the regulation of genes in critical cellular and organ pathways.

Perhaps the stress response temporarily improves the metabolic pathways that are operating at less than optimal levels in those who have autism. As cellular metabolism improves, this may lead to improved network connections in the brain.

Recently my co-investigators and I have explored this idea with a clinical study into the potential benefits of sulforaphane, a chemical found in cruciferous vegetables such as broccoli, in adolescents and young men with autism.

Sulforaphane is one of several chemicals that stimulate cell stress responses. In our pilot study, we gave a concentrated sulforaphane-rich broccoli sprout extract to 26 boys and young men with moderate to severe autism. Of these, 17 showed improvements across multiple behavior scales. These improvements were a clear contrast to the lack of change seen among 14 participants who received a look-alike placebo, or “dummy” treatment.

The sulforaphane didn’t cause fever, and the positive responses came on slowly over a month – unlike the rapid changes seen when fever has an effect.

The findings are promising. But we need larger studies to confirm that the benefits we saw are real. We also need research to advance our understanding into the underlying cellular chemistry that accounts for sulforaphane’s apparent benefits.

In summary, the “fever effect” you observed is very real. I would like to encourage you and all families to report such fever-related observations to their physicians. We hope to be recruiting for larger studies in the future.

Thanks again for your question and best wishes to you and your family.

Got more questions? Send them to gotquestions@autismspeaks.org.

Subscribe to Autism Speaks Science Digest to receive research news, “Got Questions?” and other expert-advice columns delivered biweekly to your inbox.