“Our 25-year-old son, diagnosed with PDD-NOS, has always had some repetitive behaviors. Lately, though, he's wanting to redo things such as getting undressed or showering right after he's done. He’ll insist we backtrack if we drive through the neighborhood a different way because we didn't go the "right way.” Can you offer guidance on whether these behaviors are obsessive compulsive disorder or just part of his autism? What might help?” 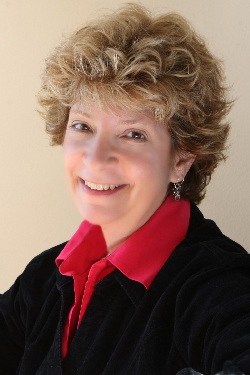 This week’s “Got Questions?” answer comes from clinical psychologist and associate professor Judy Reaven, of The Children's Hospital and the University of Colorado School of Medicine, in Denver. Both institutions are part of the Autism Speaks Autism Treatment Network.

Great question.  A number of psychological disorders – including obsessive compulsive disorder, or OCD – frequently co-occur with autism. But it’s also true that some symptoms of autism overlap with those of other disorders such as OCD. So it can be difficult to distinguish those that are related to an individual’s autism from those that are part of another condition.

As its name suggests, OCD is characterized by obsessions or compulsions or both. Obsessions are recurrent and persistent thoughts that are both intrusive and unwanted. They cause significant distress and ignoring them can be difficult. Often, individuals with obsessions try to manage the discomfort associated with the thoughts by performing a particular action. This is the “compulsive” part of the disorder. Compulsions are time-consuming, repetitive behaviors that an individual feels driven to perform in response to an obsessive thought.

Obsessions vs Special Interests
OCD is often confused with the special interests or preoccupations characteristic of autism. However, OCD is less about obsessive interests, which can be quite enjoyable. It’s more about behaviors that an individual feels driven to perform to reduce great distress or anxiety.

It’s not possible to be certain what’s going on with your son without a full evaluation. However, you highlight two key observations that make me think that the symptoms you describe could be OCD.

First, you note a significant change from his past autism behaviors. Second, you seem to describe an increase in the severity of his symptoms. And overall, your description of your son’s behaviors is consistent with a common OCD symptom – getting stuck on something because it doesn’t feel “just right.”

In order to make it “right,” a person with OCD may feel compelled to “do over” the behavior. In your son’s case, this could include re-doing a shower or getting dressed. This also seems to describe his need to drive through your neighborhood the “right way.”

We have effective therapies!
Whether or not your son’s new symptoms meet criteria for an official diagnosis of OCD, treatment can help. In particular, we have a wealth of research showing that cognitive-behavior therapies can help individuals with autism manage OCD symptoms. (Editor's note: Dr. Reaven is among the pioneering researchers who've adapted cognitive-behavioral therapies for individuals with autism.)

These therapies include helping the person become aware of obsessive thoughts and compulsive behaviors and label them as such. For instance, your son would learn to recognize the physical symptoms of distress related to his obsessive thoughts. In cognitive-behavioral therapy, we explain that thoughts can influence physical symptoms and vice versa.

Importantly, we provide individuals with useful tools for managing problematic symptoms. These might include taking deep breaths and mentally repeating a positive coping statement such as “This is just OCD. I can handle it.”

For OCD, a very important part of cognitive-behavioral therapy is called exposure/response prevention.  In this approach, the goal is for the individual to face the problem situation without engaging in the associated compulsive behavior. Generally, this exposure is done gradually. In other words, the therapist would help your son face his fear “a little at a time.”

For example, exposure/response prevention for backtracking through the neighborhood might involve the goal of deliberately driving the “wrong” way, without the option of backtracking. Your son might need to slowly work his way up to this final step by practicing the method in a less-distressing situation.

I recommend that you find a psychologist, social worker or psychiatrist with experience working with individuals who have autism and OCD. A good place to start is one of the centers within Autism Speaks Autism Treatment Network. Even if you’re distant from one of these centers, the closest one may be able to help you find a specialist in your community.

Subscribe to Autism Speaks Science Digest to get “Got Questions?” blogs and all our research news and perspective delivered to your inbox.