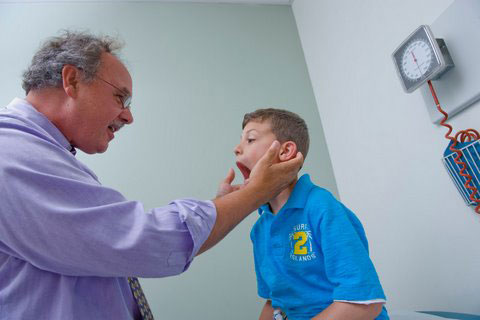 Autism Speaks: On behalf of our families, Dr. Buie, thanks so much for joining us. For openers, do you think it’s still common for our parents to have their GI concerns dismissed by pediatricians and other community doctors? 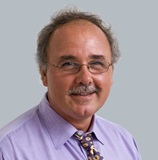 Dr. Buie: I had thought we were past that point. Unfortunately, I keep seeing new patients, many of them from respected pediatric practices, with parents saying they were told “baloney” or that autism-related gastrointestinal problems were “just part of the autism lore.” There’s still a subgroup of physicians who can’t quite figure out how to put autism’s associated medical conditions into their evaluation process. Too many of them simply don’t have enough exposure to let them believe these connections.

The good news is that there are also a lot of doctors and therapists who’ve become very good at recognizing these kids. They’ve seen the wonderful difference that addressing gastrointestinal issues can make in a child’s behavior.

Autism Speaks: Are you hopeful that this week’s report in the Journal of Autism and Developmental Disorders will improve awareness in the medical community?

Dr. Buie: I hope so. JADD is a journal read by people interested in autism, many of whom already have experience helping patients who have autism. It’s not widely read by general pediatricians and other primary doctors. That’s where Autism Speaks and other media sources come in. It’s so crucial that you and others are highlighting these papers. Every time more evidence comes out and gets talked about on websites and in newspapers, it helps cement and spread understanding of how common gastrointestinal disorders are among those with autism and how these problems can contribute to some of the behaviors we commonly associate with autism.

Autism Speaks: In your opinion, how big a role does GI distress play in exacerbating harmful autism-related behaviors?

Dr. Buie: I think it plays a really big role in contributing to particular behaviors. This week’s paper talks about a variety of these behaviors. However, I think it’s very important to divide them into two categories:

First, there are self-injury and outburst behaviors that are, no doubt, related to pain. I’m talking about self-injury and aggression or other violent behaviors. These are associated with autism, but they’re not core symptoms of autism. As physicians we should be considering gastrointestinal problems whenever a child presents with these behaviors. Classic examples include self-biting and mouthing behaviors. But they can also include bolting, which can result from the agitation that pain can cause.

In the second category, are core features of autism that can be exacerbated – or perhaps even caused – by gastrointestinal problems. These include repetitive behaviors. They’re the “I’m inside my body and checking out from the rest of the world” behaviors. This report, like earlier papers, indicates that these core features of autism are more prominent in children with GI issues. When you fix the GI problems, many of these kids become more present. Some begin focusing more in the classroom. You might even see progress in other core behaviors of autism.

I’m not saying it’s all about GI issues for all kids with autism. Gastrointestinal problems are just one aspect. Similarly, migraines, dental issues and other illnesses can likewise set off problem behaviors.

Autism Speaks: Do you believe that better treatment of GI distress will significantly reduce the need for behavior-modifying medications in children and adults with autism?

Dr. Buie: I think it might. At the same time, I think it’s so important for caregivers to work together. Certainly there are times when kids are coming for a medical workup with behaviors that endanger themselves or others. They may need behavior-modifying medications first to ensure their safety. We don’t want a child banging his head on the floor and detaching his retina.

So there may be situations where one might try medication first to get extreme behavioral problems under control. The important thing to remember is that you don’t stop there. These medications have serious side effects. So just because a medication solves a behavioral problem or, say, helps a child sleep, your job’s not finished. The full medical workup can uncover issues such as gastrointestinal problems that, when addressed, allow you to take that child off the behavior-modifying medicine. This isn’t true of all individuals. But it’s true of enough of them that we should always evaluate for underlying medical issues that may be causing the behavior.

Autism Speaks: When should parents or physicians suspect GI distress in children or adults with autism – particularly in those with limited communication abilities?

Dr. Buie: It’s important to look for behaviors that we think are strongly associated with acid reflux and other gastrointestinal problems. Disordered sleep – especially if it is a change in sleep pattern – is one of those behaviors. It correlates strongly with acid reflux.

We likewise think mouthing behaviors and pica behaviors can be hallmarks of GI distress. So is repeatedly tapping the stomach and chest. These children are doing their best to point to body parts that hurt. I had one young man tapping his chest so much that he had developed a callous. When I looked in his throat he had erosive acid reflux.

Other tell-tale behaviors include lying over furniture or therapy balls.

Autism Speaks: How would you like to see pediatricians and other physicians apply the growing body of research linking GI distress and behavior in individuals with autism?

Dr. Buie: Above all, this research is telling us that we need to listen to parents. When kids with autism get evaluated by GI specialists, those evaluations usually back up parent’s descriptions of their children’s symptoms.

Autism Speaks: How can parents and others use this information to advocate for their loved ones with autism?

Dr. Buie: I think it’s particularly helpful when parents can describe what they see versus presenting the doctor with their theories of what’s causing the problem. For instance, I think it’s more helpful to describe a child’s pain or behavior than ask the doctor to find out if yeast is the problem. Often, the latter can be impossible to prove. But we can address the former.

Another thing I suspect is that general pediatricians and family practice doctors can get overwhelmed by the totality of a child’s autism. It can be hard for the doctor to stay focused while a child is running around the room and the parents are describing the inadequacies of his education program.

To get more traction, I encourage parents to help that doctor focus. Go in with one focused issue such as your child’s gastrointestinal problem. Let the doctor know that this is what you want to address in today’s visit.

Autism Speaks: Are you satisfied with the amount of time and money being spent on the study of autism and GI-related issues today?

Dr. Buie: I think that autism is a condition that has many research needs. So part of the difficulty in our field is that the need to support research is greater than the funding available. I want to see research funding go to investigate autism’s genetic causes as well as its associated medical conditions. I want to see money going toward resources for families and to increase awareness. There’s an awful lot of need.

That said, I’m not convinced that we’re doing enough when it comes to looking at autism’s associated and underlying medical conditions. I respect that people are trying. I respect that this is an important part of the work being done by the Autism Speaks Autism Treatment Network and by other research projects funded by Autism Speaks.

Yet we’re also entering a new frontier where we’re investigating how aspects of the gastrointestinal system are intertwined with the immune system in ways that can affect brain activity. Some of this very exciting work involves how changes in the microbiome – the intestine’s bacterial “flora” – can direct impact brain function.

We’re entering a time when we can seriously investigate how gastrointestinal issues may not just exacerbate problem behaviors but may be part of the cause of autism’s core symptoms in some individuals. It’s an exciting time to be doing research that could soon deliver benefits to families.

Expert Opinion
Autism and auditory processing disorder: What’s the connection?
We're Here to Help Chat with Us
Autism Response Team Chat
There are no available agents at the moment.