The importance of autism awareness and acceptance

James Guttman is the father of two children, a nonverbal eight-year-old with autism and a non-stop-verbal eleven-year-old without autism. His blog can be found here. 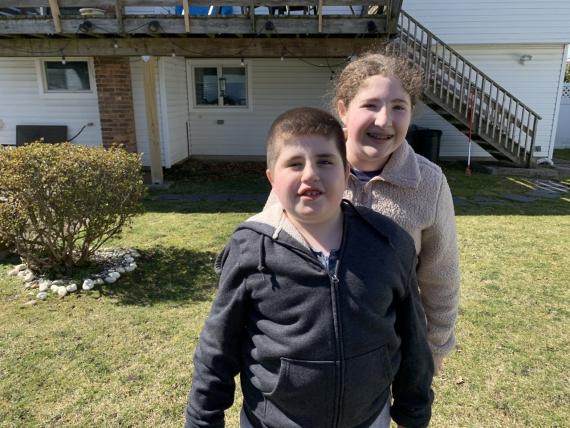 It is amazing what we can get used to. My son has autism and is nonverbal. Yet, to my family, it’s all just business as usual. There is nothing anymore shocking or confusing about it than there is with raising our neurotypical daughter. We see him as part of us. He’s part of our group. He’s part of our normal.

There was a time when that wasn’t the case, though. There was a time before him when I was not only fearful of what autism was, but ignorant to what it even meant. I was one of the many people who was more in tune with things that had personally affected my own life.

That’s nothing to be ashamed of. We can all understand that. Talk to a person whose parent is going through chemotherapy and you’ll learn quickly that they are aware, educated on, and dealing with cancer. Everyone has personal expertise on issues that affect those they love. It could be mental illness, physical ailments, food allergies, or anything. Whatever the case, there are many things that profoundly impact individuals and their inner circle.

It’s for that reason that I’m never offended by the concept of “autism awareness”. For many, outside my home, it’s the first time that someone really speaks to them openly about what autism is. When they do, those people have a chance to learn about people like my son and understand that he’s not all that different from them. When we increase their understanding of what autism is, it leads to their acceptance of people like him. Why? Because Lucas is an amazing human being, if I do say so myself. Once you understand who he is, you have no choice to accept and love him.

Decades ago, things may have been different when it came to increasing understanding. People might have stared or whispered at the sight of my boy clapping or cheering while playing with an electronic toy. I would have been offended. Escalating words would have been exchanged. No one would have benefited and the hurt feelings would have lasted a lifetime.

It’s not like that now. Now, more and more people are educated about Lucas and others on the spectrum thanks to initiatives like autism awareness. They can realize that, while autism isn’t necessarily in their home, it’s in their community. It’s not something to fear or gawk at. It’s something actually quite magnificent. That’s hard to deny once you meet some of the amazing people who are on the spectrum.

Before autism awareness, I would have feared that my daughter might get teased for having a nonverbal brother. Luckily, those fears are from a different time. Last week, one of her teachers asked for each student to send in a video fact about themselves. She proudly declared that it was her brother’s birthday and that he had autism. She told me with a huge smile on her face. She was proud of him and I was proud of her. There was a lot of pride that day.

Above all else, it’s children who should be the audience most affected by April’s yearly pushed to #LightItUpBlue. They’re the generation that is shattering our fearful need to separate ourselves into groups and packs. They’re the ones leading the way to a future where everyone is aware of everyone else and accepting of all that they bring to the table.

Perhaps the best example of this was a young family friend who, upon meeting Lucas, wanted to know why he wasn’t saying anything to her. My wife looked at her and explained that he didn’t speak and that he had autism.

The little girl tilted her head back and looked off into the distance pensively. And, with an enthusiasm that comes from exposure and awareness, said out loud:

“Yeah? Hmmm. I know a person with autism.”

Then she smiled and went off about her business. She’s part of the generation that is going to be there for my son when I no longer can be. There’s no judgment or misunderstanding. It’s not a major thing to be tip toed around. It just is. With people like her out there, being taught awareness, acceptance, and appreciation, it helps me feel better about the days to come.

So, share your stories, reach out to friends, and make people aware of how wonderful autism can be. For some, it may be their first chance to really understand what it means to have autism and see the beauty that comes with it. Once that happens, acceptance isn’t just possible. It’s inevitable.