My review of 'The Good Doctor' as an adult with autism

This blog is by Kerry Magro, an award-winning international motivational speaker and best-selling author who’s on the autism spectrum. A version of this blog originally appeared on Kerrymagro.com. 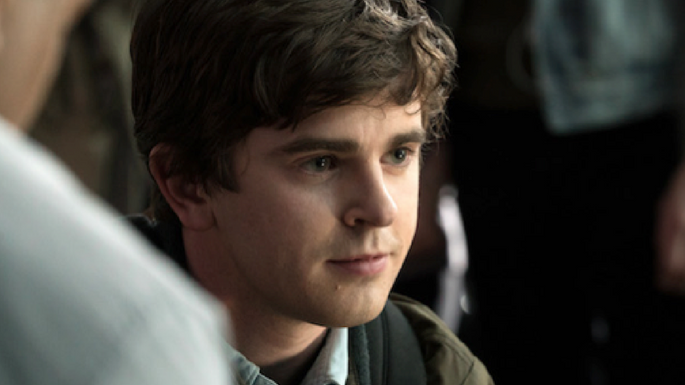 Full disclosure: After only watching one episode, I have no idea what the future is for “The Good Doctor“ (which premiered Sep. 25,2017 at 10/9C on ABC). What I can tell you: this show has all the makings of an ABC smash hit.

Let’s begin with the cast. Freddie Highmore (Bates Motel, Charlie and The Chocolate Factory) stars as Dr. Shaun Murphy, an up-and-coming surgeon who also happens to have autism and savant syndrome. This is a very difficult role for anyone to play given how broad the autism spectrum truly is. Some criticism has occurred as many TV productions and films try to address autism issues. There is no “one size fits all” in attempting to define characters on the spectrum. This list in recent years includes characters such as Walter Hill in Joyful Noise, Billy in the new Power Rangers Movie, Jane in Jane Wants a Boyfriend, and most recently in Sam Gardener, a high-functioning teen with autism in Netflix’s Atypical.

There seems to be an obsession with autism political correctness in some autism-related projects. Producers strive for realism in portraying these autistic characters with the danger of not clearly understanding the individuality of each person on the spectrum. It’s a razor’s edge. Trying to avoid producing “inspiration porn” but also making the programming meaningful to those in the autism community. Atypical, which received mostly positive reviews (77% rating from critics and 97% rating from audiences on Rotten Tomatoes) for example also received some criticism for not hiring an autism consultant who was on the spectrum to help bring a realistic portrayal of the role. To be fair, Atypical had a full-time consultant in the fabulous Michelle Dean along with the help from Exceptional Minds, a computer animation studio and non-profit digital arts school for young adults on the autism spectrum. Exceptional Minds worked on some shots for The Good Doctor team and also had a role with Atypical.

The Good Doctor does a fine job of navigating this razor’s edge. Freddie does well in his debut, showing several characteristics that can accompany an autism diagnosis. These characteristics include things such as social awkwardness, lack of eye contact, playing with his hands during stressful situations, etc. That last one is still something I do to this day as an adult who is on the autism spectrum. Freddie’s take will resonate with many in the community. It will be interesting to see how his character evolves moving forward into the season.

What really stood out to me though was the discussion during one scene where they are deciding Dr. Murphy’s fate and how people with autism lack empathy. How can they be sympathetic to patients and their families? It was refreshing to see Dr. Murphy have the opportunity to show his ability to care for others when asked point blank “why do you want to be a surgeon?” based off a traumatic event in Shaun’s history. I had to pause the show because I was sobbing like a baby.

As for the script there are several plot lines that will intrigue audiences and the direction couldn’t be crisper from Seth Gordon along with the writing done by David Shore (the creator and Director of House).

While many in the autism community may tune in for Dr. Murphy, autism is only one component of the show that will draw viewers. Based on statistics from the Department of Labor, a majority of those with disabilities in the U.S. today are unemployed. Discussing the hiring of someone with a disability highlights its importance. There are other areas that come to mind including relationships in the workplace, safety and different types of ways people learn. Dr. Murphy for example thinks in pictures (as can be seen when he’s on screen when he’s visualizing the human body or trying to remember a definition of a specific word).

This show has staying power and I can only hope the creators of the show along with Sony and ABC will continue to include voices of those on the spectrum as the show continues.

Dr. Glassman, who first met Dr. Murphy at 14, said it best during a Board of Directors meeting when he said…

A quote I tell audiences when I travel the country speaking is that, “Autism can’t define me. I define autism.” Shaun and I are not defined by our diagnosis.

I hope that we can give this show a shot and if we do, like giving Dr. Murphy a shot at employment and something he enjoys, we will all be pleasantly surprised by the results.