Back to school is a big deal for Lisa C., a career educator by trade and school advocate by right, as mom of Chase, her 12-year-old on the spectrum. Her husband is also an educator, and their younger son is only two grades behind Chase. School prep and planning in her house is a season that rivals the most wonderful time of the year.

The eve of the first day back is always filled with anticipation. But this year, emotions are running particularly high. After 19 years of teaching in a general education classroom, Lisa is beginning her first year as an assistant principal in a new elementary school. More importantly, Chase is starting middle school and leaving his 10-year-old brother and the close-knit community he was part of for seven years.

Here, Lisa shares Chase’s journey through school, how they are preparing him for his new environment and how he has taught her as much about managing change as she has taught him. 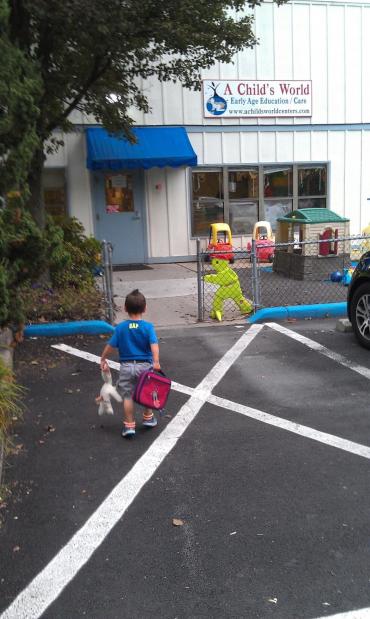 Chase was 2.5 years old when he was diagnosed with autism. He received early intervention services all the way up to kindergarten through our school district’s Intermediate Unit. Many of those services were play-based. We wanted him to explore and learn authentically. We advocated for him as educators. We saw things that stood out to us that were not typical, so we proactively pursued the district. We knew the outcome – the earlier we got him the support he needed, the better.

When it came time to enroll him in kindergarten, I worried about everything. What didn’t I worry about, is the real question. The district provided an evaluation so they could determine the most appropriate placement for him. He ended up in a self-contained class in the morning and participated in an autism support class. In the afternoon, he went into an inclusion class with supports including a special education teacher and an instructional assistant.

One big worry, which continues today, was that Chase would be misunderstood in school because of some involuntary and voluntary behaviors he has. I don’t mean bad behaviors, but his mannerisms and how he reacts to things. Initially, I didn’t worry about how kids would respond to him; I worried about how the adults would. When he becomes overwhelmed, he exhibits behavior that some may notice and may cause them to think he’s a bad boy or weird or wonder why he does that. We worried he wouldn’t be seen for his strengths and kindness and things that make him so lovable. 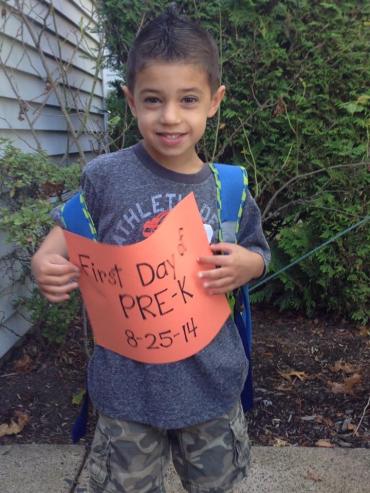 A lot of physical growth happens in seven years at an elementary school. We monitored his changing body and how that impacted how he responded in a classroom. We had to do a lot of advocating to get him the proper supports so he could be the best Chase. For example, he requires a lot of input for his sensory system. When he got older and was required to sit for longer periods of time, we advocated for him to have movement and sensory breaks so he could then concentrate during academic instruction.

Chase has always had friends. Everyone loves Chase. He’s fun and social and loves to be around people. But he is also an easy target. There have been times when other students have encouraged him to do things they know he shouldn’t do, because they know he will do them. One time during lunch, a bunch of boys were talking about blowing things up. This was on the heels of a school assembly around reporting threats. The boys knew the boundaries of the conversation. Chase did not. They encouraged him to continue with the discussion and then reported him for unsafe behavior. I have had phone calls from the principal, and they were understanding because they know the circumstances. But I was not always happy with how the students who egged him on were treated. These situations can be powerful teachable moments if handled properly. My advice to schools is to always use them as such.

Regardless of how school handled these situations, we always gave Chase a consequence at home, like taking away screen time, to understand that what he did was an unexpected behavior. One of his therapists taught us that years ago. Instead of saying his behavior was ‘bad’ or ‘inappropriate,’ we were encouraged to use ‘unexpected’ and explain to Chase that what he did was not the expectation. We are not trying to normalize him or force him to assimilate. We just want to help him use his unique skills and mindset to make good decisions.

Now, going into middle school where he will combine with new kids from three other schools, I worry he will be misunderstood by his peers. The things that still interest him don’t necessarily interest other kids his age anymore. Sometimes he has a hard time connecting because he doesn’t always recognize social cues or what is age-appropriate with his friends. I can’t help but worry that he won’t develop positive relationships that will transcend his years in school. At home we have been practicing scenarios and conversations that could come up, and we hope that will help him in real time.

The shift from summer to school is hard enough with getting back to a routine. As a family, two weeks prior to the start of school we switch back to a school night bed routine. We have found this is as important for the teachers in the house as it is for the students.

But now Chase is in a new building and has to change classes. We have done tours and we found out he has some friends in some of his classes which helps. But since first grade Chase has been fully included in general education with support of either a special education teacher or an instructional assistant with him throughout the day. For the last three years he had the same assistant which had a huge impact on his life and helped him grow. This year though, instead of having that one-on-one, he will share a support person with one or two other students, which means he’s going to have to become more independent.

It is definitely the right direction for him. Putting on my teacher hat, our goal is for all kids with special needs is to reduce if not eliminate supports. General education teachers are supposed to strive to support all students in our setting. We want students with supports to master their goals and be fully included. Making it so that a student can shift from one-on-one support to shared support is part of our job. And helping a student accomplish that speaks to the magic that a teacher can have on a student’s life.

Putting back on my mom hat though, anticipating all that goes along with increased independence is worrisome. Executive functioning is not one of his strengths. I think it will be difficult for him to manage organizationally. So we will have to monitor closely and find what works for him.

The physical act of writing is tough for Chase, physically and mentally. His fine motor skills are weak. His ideas are there but left to handwrite, the output does not match his true ability. One of his accommodations has been to use assistive technology. He would mostly word process and only use handwriting in math. The good thing in his new school is that every student gets their own laptop, so everyone has his accommodation. It is a good example of universal design. Every student now has access to a tool that is useful for all learning styles and needs.

There are a lot of little things that will be firsts for Chase now too that we are trying to anticipate. For instance, he is going to have a locker with a combination lock. So we bought him a lock and he has been practicing at home. We told him if he gets good enough, he can help others who may have trouble with theirs. We want to instill in him that he can be a leader. Along with that, something we do a lot with Chase at home is talk about what could happen, what are the possibilities. We are trying to prepare him for likely situations so in the event of one, he can respond in the moment.

While we have been doing all this planning with and for him, the beautiful thing about Chase is that he takes each day as it comes. In the moment things can overwhelm him. But he does not look too far in advance. He lives for the day. That has been incredibly helpful as I have been trying to navigate both of us making big school adjustments. The best part of all of this is I have recognized that Chase has taught me as much about managing change as I have taught him.

Blog
Preparation for the future starts in the summer for 15-year-old Jeremiah A.

Blog
Planning is the key to a smooth transition into adulthood