This guest blog is by author and mom, Michelle O'Reilly. Michelle has two children, Maya and Justin. Justin is autistic and nonverbal, and she says she wants to help other families like hers.

Justin was my sweet, nonverbal, autistic boy until about age 16. At that point, he started getting more and more aggressive as he went through puberty and his body was changing. The aggressiveness slowly turned into violent behavior at times and the episodes became worse and more frequent. The violence was mainly directed towards his sister, Maya, and I. It got to the point where I could no longer take Justin out in public. He would suddenly break away from me and run out of stores like Target and Costco, run straight into the parking lot, with no regard for cars or traffic. I would try my best, but had no way to stop him as he was bigger, taller, and a lot stronger than me.

At home was very trying too. He would hit me, grab my hair, pulling hard from my scalp, and refuse to take a bath even though he was filthy and stinky. It was always a fight. It got worse and worse. My mom came from Canada to try to help. It was also impossible to get anyone to stay with him after school until I got home from work because they were in danger too and realized how unpredictable he was. I initially reached out to the Agency for the Persons with Disabilities in the summer of 2019. I left there feeling like I had hit a brick wall head on and left crying uncontrollably in a concrete parking garage stairwell. 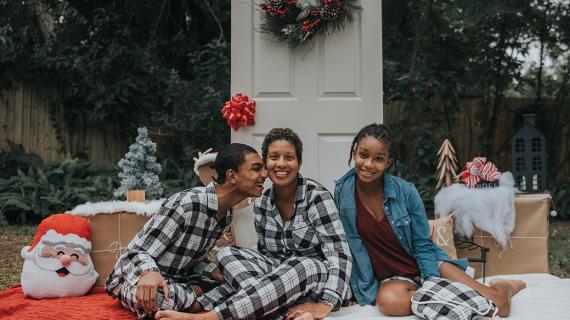 Finally, a year later, the Agency finally decided that I had enough documentation for respite help. They told me that I could have as much as I wanted, even someone to stay overnight, 24/7 if I so desired! I didn't really want a stranger in my house all the time, so I decided to just have them come to bathe Justin in the mornings and get him off to school, and then meet the bus after school and wait with him until I got home from work.

Of course, even though Justin was 17, he could never be home alone. When the respite help was not around, the attacks continued. Eventually, my file was full of documentation, and the ball started rolling. Someone came over to evaluate Justin. Shortly after that, I finally was told that he was approved for a group home. I had mixed feelings. I knew this was coming, it was help at long last, but it was difficult to accept. Where would he live? Would I see him? Would he be ok? Shortly after, I mean just 2 short weeks after Justin got approved for full services, the world suddenly came to a stop! He had been approved just in the nick of time, at the very end of February 2020, because suddenly all of those state buildings suddenly went dark. I waited patiently for the placement details, but they just keep being postponed because the world was suddenly on lockdown due to the pandemic.

Finally, on April 11, Justin moved into the home. It was just a short distance from my house! I loved the owner and staff of the home immediately. They were just wonderful from the moment I met them in the interview. I knew this was the place. I felt it with everything in me and I knew I could trust them completely. Unfortunately, because of the lockdown, what was supposed to be 30 days before I could see him, turned to 60 days, then 90 days, as the pandemic just went on and on and on. Finally, after over 5 months, I saw him on September 19. The local news came to film the reunion and did a segment on ABC's Orlando affiliate, WFTV Channel 9 about us. It was surreal! 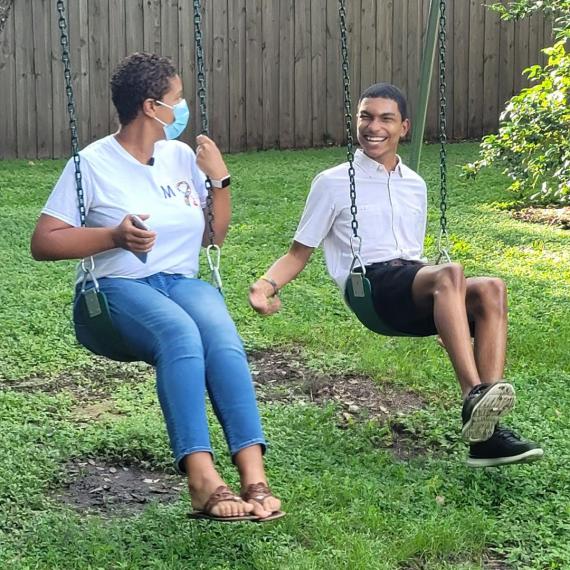 It was so wonderful to see Justin!! He was calm, happy, and safe. I was overjoyed and began a weekly blog on social media about our journey and what has happened since our reunion. I still can't take him out of the house, but I am able to visit every Saturday and I talk to him, read to him, and play games and puzzles. Many people have been following our story and have been encouraged, inspired, and increased their awareness of the autism experience.

What a journey! A Journey to Acceptance.