The debate over how we talk about autism

This guest post is by Kerry Magro, a professional speaker, best-selling author and autism entertainment consultant who is on the autism spectrum. A version of this blog appeared here. Follow Kerry’s journey on Facebook.

Listen to an "Autism POVs" podcast episode about this topic here.

We can change the world if we decide to unite by being constructive versus arguing with one another.

An autism advocate I interviewed for a self-advocate video series a while back gave me a unique perspective into the ongoing conversation of person with autism (person-first language) versus an autistic person (identity-first language).

She told me that we shouldn’t in-fight and let people choose what they would prefer to be called. That, we have so many things we are pushing for in the autism community such as health care reform and that things such as this should not lead to those in our community being attacked for their view points.

As a public speaker who is also on the autism spectrum I often get asked during a Q&A period when giving a presentation what is preferred in our community for self-advocates. Not too long ago Autism Speaks shared a poll identifying that, for those who did the poll, that the majority prefer identity-first language versus person-first language.

While some conversations have been constructive, I know advocates who’ve been bullied because of their language choice to this matter.

I’ve had people called, along with myself, "sell-outs," "fake-autistics" and so much more hurtful language.

Others simply ignore individuals instead of befriending them because of their stance.

And that is not OK. 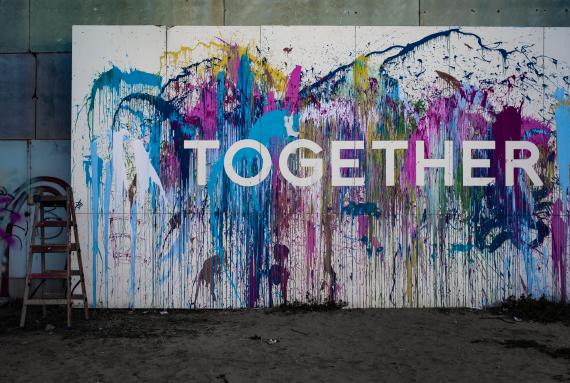 Those with autism are more likely to be bullied compared to their non-disabled peers. Often what I hear in the debate on "person with autism" is that some say you should always put the person before the disability.

The other side of this argument is that if you use person-first language then you are saying that the person needs to be "fixed" or "cured." Then, on the other end, if you use "autistic" you get reminded that autism shouldn't be so embraced by that person.

A few months ago a parent of a 10-year-old daughter on the autism spectrum said that she chooses to just call her daughter "Emily" and if she ever asks what she prefers that she would respect her wishes.

As we move forward, let’s teacher our children, and our adults, to be kind and to listen to each other’s perspectives in a way that’s focused on progress versus belittling. We have so many causes we are trying to support. Let’s keep moving forward and making allies and friendships where we can.

Note: I used a pseudonym name in this blog to protect the privacy of the family mentioned in the blog post.