Scott is 31 and was diagnosed with Asperger's Syndrome at 16. He has worked in IT field for almost 10 years, currently as an engineer. His hobbies include cyber security, American history, and military history. You can follow him on LinkedIn. 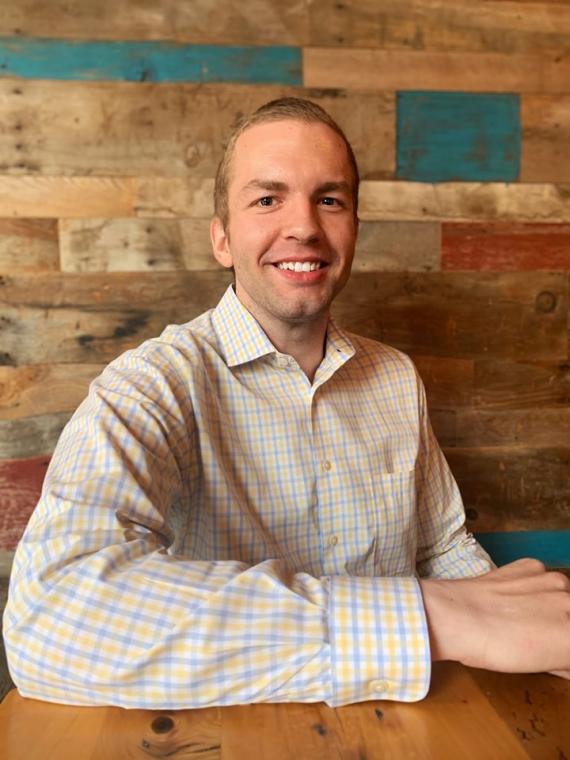 Life is about the journey.  We all are imperfect beings, destined to do great things.  Gifts are unique, but the magical thing about Asperger's is that we show honest emotion.  We connect on a deeper level, but don't immediately understand obvious social cues. Some of the brightest people I've ever met were aspie's, quirky, but brilliant and beautiful in their own right.

My journey isn’t without many episodes of failure, rejection, and being misunderstood.  I have fallen more times than I like to admit, and made many mistakes. I’ve completely missed out on certain social connections from ages 6-20 simply because I lacked basic social cues and executive function.  This is my life story, and I truly hope it will paint a lovingly positive light on Asperger’s and autism, because it can be hard to reveal ASD in social circles due to certain judgements that can occur subconsciously between AS/ASD and NT’s.

As a kid, I remember having traumatic emotional episodes, either by stress from bullying, reacting poorly to homework assignments, or completely misunderstanding a conversation with my parents.  Back when I was a pre-teen around age 8-12, there was very little known about autism and executive function. I thought I was a bit different, but I couldn’t understand why complex information came so quickly to me and simple map directions, homework assignments, or basic operational flows could take at least 3-5 minutes to understand at a minimum.  It frustrated me deeply, and many times I thought I just wasn’t smart.

As I grew older, I was eventually diagnosed with Asperger’s Syndrome at age 16.  It did provide some closure, but many questions and concerns still remained. School work was still a massive struggle, as I would misinterpret basic questions and instruction.

In the past, I had an obsession with playing World of Warcraft around 16 1/2 - 19 years of age.  This is an MMORPG (Massively Multiplayer Online Role Playing Game). It was my obsession, and I would spend up to 12 hours a day at times socializing and gaming with others.  I would literally close myself from the outside world, escaping the troubles I had in school to hang out with my virtual friends. I didn’t have to meet them in person, and could sit behind the safety and comfort of my computer screen.  At times, I would consume a lot of Mountain Dew just to keep awake. One event in particular really strikes out at me. I remember when the expansion pack The Burning Crusade was released, I immediately focused on trying to reach the highest level possible, which was 70.  I did this in a week. It felt like no one in the group that I played with cared much for my achievement, based on many conversations I would have with fellow gamers. There certainly didn’t seem to be much empathy or respect for the achievement. I had already felt somewhat detached from the game about 2-3 months before hand.  But that experience was the last straw. I ended up selling the account and taking a break from the virtual world, basically to give myself a break and re-focus on what I really wanted in life.

About 4 months before I quit playing the video game, my parents had hired a counselor recommended by my local school district.  As time went on, I felt like he deeply understood my difficulty with socializing, school and friendships. Within the next 2-3 months, I truly regarded him as my mentor.  There would be days that I just didn’t feel like doing the appointment, and other days that i had poor personal hygiene, but we plugged away until that session was done. I was able to start motivating myself to study for the GED with the help of his mentorship and another tutor.  It took me about 6 months in total as I recall, but I studied just enough to pass the test and get it over with.

Once I passed the GED, I consulted with my neighbor, whom I had known since I was a kid.  My mom had always advised me to give community college a chance, but I was more intent on working IT in the corporate world.  My neighbor helped me formulate the response to my family that I would work for 1.5 months non stop on resume submittals. If in fact I didn’t get a job, I would enroll in a local community college.  5 weeks later, I landed my first IT job; perseverance. In other words, I can either feel sorry for myself, or I can do something with my life and be productive in society. I chose to make the positive change and take this risk.

Just before I got the job, my mentor asked me if I wanted to help volunteer at a conference he was a part of; he prefaced by suggesting it was completely optional.  I told him my interest. As we talked, he revealed that there would be approximately 150+ people, comprised of doctors, counselors and other highly educated peers of his.  I didn't really care about the amount, to be honest, because I wanted to help him out and see for myself if it would be enjoyable.

We worked out a written speech for a week or so.  I had practiced the speech in front of him a few times.  As we timed the duration, it ended up being 15 minutes at a moderate pace.  Being myself, I ended up going through the speech in 7-8 minutes - but I was speaking a lot faster than I expected to at the time.  To be honest, I didn’t even feel nervous. It felt like I was being called to do this, to help others. In short, I received two standing ovations, and honestly feel I may have impacted several lives in the process.  This was just the beginning of what would become an impactful journey.

Shortly after, I got a job at the tale end of age 21 as a Help Desk Technician.  I learned discipline, hard work, sharpened my IT skill-set and started to develop more confidence in my abilities.  This job wasn’t without hardships, mistakes and difficult times, however I developed new friends, and strong passion for IT.  Fast forward nearly 10 years, and it truly feels like a blur. It went by fast, but I have made the most of every moment as much as possible.  I am joyful, happy and confident in who I am.

Being an aspie, one of the hardest challenges at first was deciding when to tell me bosses that I had this, so they didn’t think I was odd.  Eventually, I mentioned it and tried to move on. It did give me some closure. To this day, while I don't always immediately reveal my condition, I have ways of revealing it to sound confident and cute, depending on the context of who my audience is.

The bottom line is, don't be afraid of who you are as an aspie; embrace it!  You are dedicated, super-focused, and highly intelligent. You can work harder than pretty much anyone, as long as the job is enjoyable and you feel good about your contributions.

I've learned many things over the years about Asperger's and fellow aspie's.  It’s definitely something I used to dread as a kid, but as I became more mature in my early 20’s, it became very evident that I can help others that share my traits.  We are all human, just like anyone else and quirky, but that's OK! Emotionally sensitive, and over-dramatic at times. Honestly, though, would you really rather have someone hide their state of mind, or be genuine and real with you?  I feel like people will respect someone more for overcoming these differences instead of just being fake.

As difficult as this way, until society understands and accepts Asperger’s, fellow aspie’s need to show our brilliance through confidence, love and affection.  Being genuine means you don’t need to give your life story in 10 minutes! Enjoy the process, be it with friends, family or relationships.

The most important thing as a fellow aspie or ASD person is to understand that you are unique.  Everyone has challenges, even NT’s. The key thing to recognize is that you are not alone on this epic journey.  There are plenty of resources and established guidelines for how we can enjoy our lives better. Keep in mind, hard-work always prevails over intelligence.  I’ve met plenty of smart people, but of them, maybe less than 40% applied their gifts to improve their weaknesses and harness their strengths. This observation applies to NT’s, aspies and ASD folk alike.