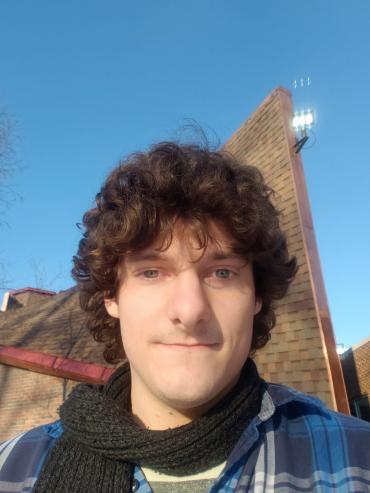 My name is Andrew Arboe and I was diagnosed with autism when I was a child. I am currently 27 years old and I work as an autism transition coordinator for Planning Across the Spectrum and The Next Street, a Connecticut-based driving school. I advocate to help people on the spectrum see that driving can be an option as a means of transportation.

I have talked with various organizations in my hometown, and it took just one workshop to convince “The Next Street” to collaborate with my organization in developing one of the first driving programs for the autism community. Although my driving has been curtailed a bit today, in a pre-pandemic world, I drive to work, social events and anywhere else I need to go even though I was actually afraid to get behind the wheel at first.

It’s funny to think back to when I first decided to get my license. To say that I had a lot of hurdles to clear would be an understatement. It was tough because of the lack of resources for people on the spectrum, my own pessimistic thoughts about getting behind the wheel and of course, dealing with my parents’ anxiety and fears of their autistic son driving a car.

It was difficult at first, but I eventually found a routine that worked for me and I passed my road test in 2018. During that time, I grew more driving skills, tackling more roads, and I managed to use my interest in video games into something that helps with my focus while driving. I listen to video game soundtracks like Final Fantasy, Octopath Traveler and NieR:Automata while driving. Once I found a routine that worked for me, I began really enjoying driving a car and decided that I would advocate for other people on the spectrum who could benefit from learning the proper way to operate a vehicle.

Commuting or the lack thereof during the pandemic

Once the COVID-19 pandemic hit the United States in March, I began driving much less and did more remote work. I had workshops and speaking engagements that were canceled, which was a bummer, but I knew it was the best way to keep everyone safe. To be honest, the cancellation of those events threw off my routine and had me questioning what would come next for me if I couldn’t be out in the community? I also have a horrible habit of focusing on too many negative aspects that I was not being my best self (It’s something I am still working on every day). During that time of reflection, the negative hits just kept coming like they have for many of us during 2020.

My 2003 Toyota Matrix had a gas leak and I was forced to get a new car. It was like every single time I tried to be used to new change, something else happens and I was struck in a negative cycle. Basically, I had to get used to a new car and managing the finances as well. After I had the car change, I started visiting some business and tried supporting them the best I could. I also thought it would be smart for me to drive and ensure my skills did not deteriorate. I felt like I needed to do that to create routine again, something that makes sense in my world. Thankfully with my recent role and social guidelines beginning to become less strict, I drive more to work, which sets up a nice routine.

While I made some tough choices, my role came at a good time and it came as the result of my past work and networking. The biggest thing one can do to stay safe during this time is having a routine to fall into. I managed to use driving to get myself to places like coffee shops for the sake of maintaining my routine. I know for me personally, without something to give me reason to get up and out every day, my mental health would take a hit. I like to compare the need for a daily routine to having a regular routine as a driver. It’s important to have a routine and a list of checkpoints that you do each and every time you get in the car. This will make you a better driver and keep you in the right mindset during your trip.

For safety precautions during our current climate, I take many that I use inside and outside of the car. Anywhere I go these days, I always have hand sanitizer in my pocket – for use inside and outside of the car. Also, when you get out of the car and arrive at your destination, it is always good to thoroughly wash your hands just to give you peace of mind. Wearing a mask is another safety precaution that we all must utilize these days when around other people. If you are in the car alone you can wait until you exit to put it on, but it’s very important we all follow these safety precautions when traveling outside our homes.

Outside of the car, I firmly believe in the power of occupying your mind with special interests. Especially during times like these, I think we can never underestimate the power of special interests. Even now, driving serves a great purpose to me and it creates a routine, but I’ve also found myself playing mobile games to pass the time. Recently, I’ve been playing the mobile game, SINoALICE where I help run a guild, interacting with people and exploring a virtual world outside of the norm. Despite me never playing mobile games at all, it helps so much during these last two months.

In closing, I’d like everyone to remember that whether it’s behind the wheel or during every-day life during a pandemic, there are things that can get us all down. The one thing we must never forget is that we are strong and we can and will get through this!