For most locations across the globe, April 2nd, 2018 was a celebration of World Autism Awareness Day proclamations and “Light It Up Blue” recognitions. However, Idaho constituents had another reason to celebrate as Idaho became the 47th state to require autism insurance coverage! 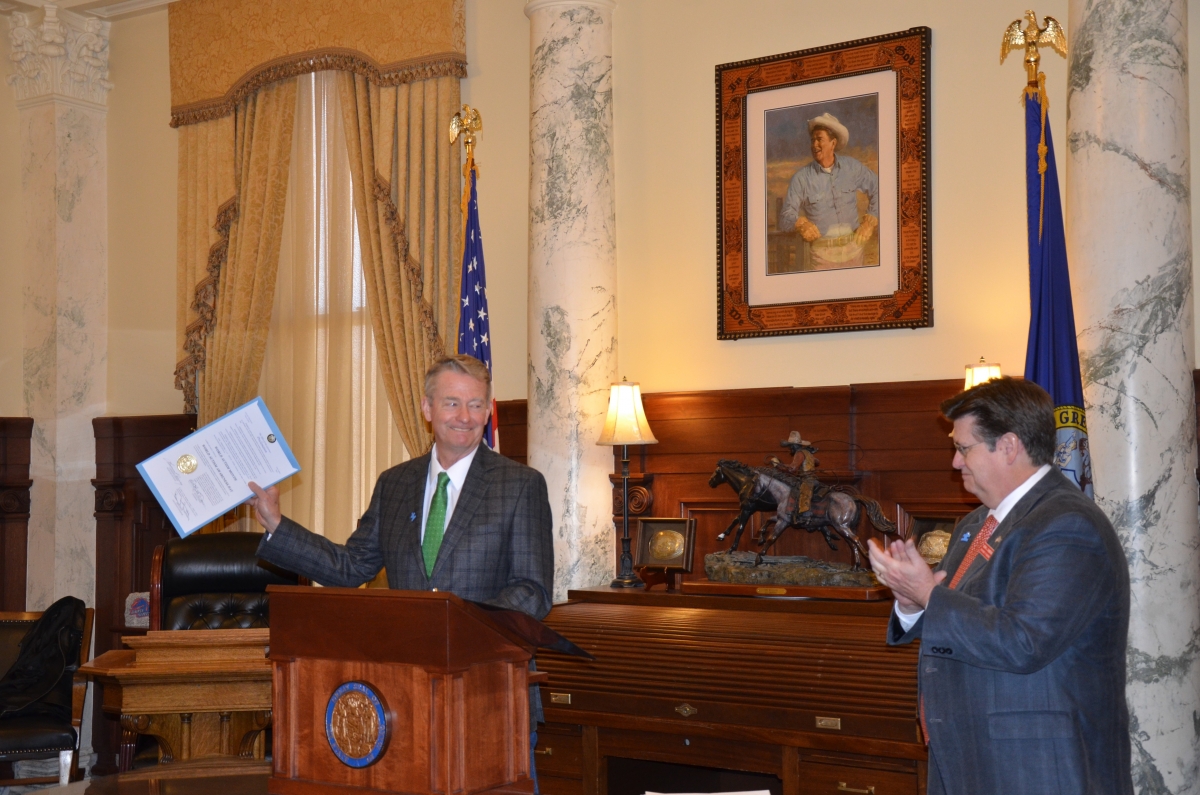 The celebration in the Idaho Governor’s office brought together families with children who have autism, health advocates, and state officials to celebrate increased acceptance and support for individuals with autism. The ceremony began with Lt. Governor Brad Little's proclamation signing in recognition of the month of April as World Autism Month and April 2nd as World Autism Awareness Day.

The Director of the Idaho Department of Insurance, Dean Cameron, then announced the release of a new bulletin requiring meaningful insurance coverage for individuals with autism. The bulletin issued by the Idaho Department of Insurance requires all individual, small group and large group insurance plans to cover evidence-based treatment for autism, including Applied Behavior Analysis. 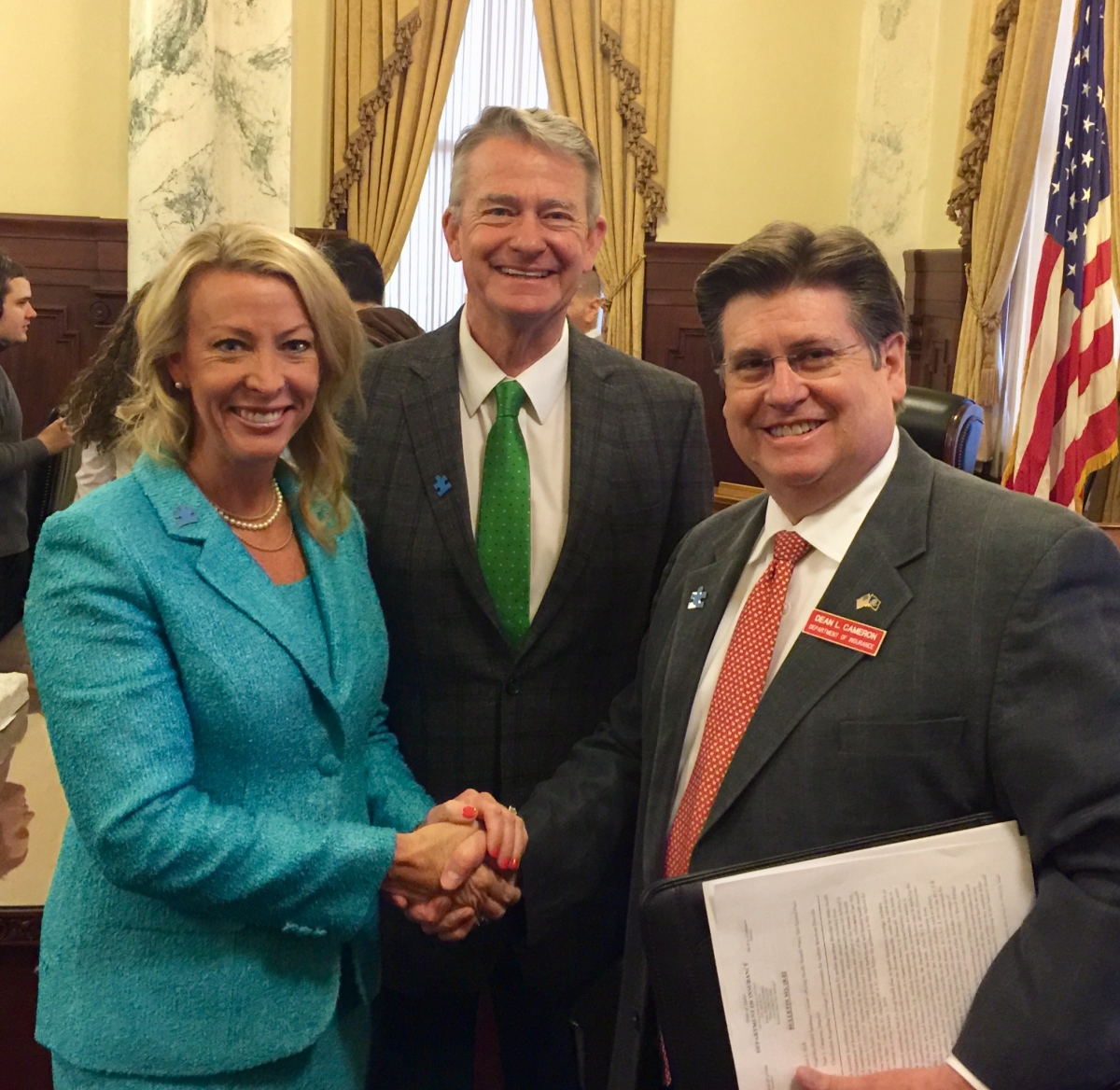 In Cameron’s bulletin to insurers, he explains that “due to currently inconsistent coverage of treatments for autism spectrum disorder by Idaho health plans, the Department of Insurance is clarifying that such treatments cannot be excluded from coverage if rehabilitative or habilitative services are covered.”

The bulletin states that “treatments for autism spectrum disorder are to be considered part of Idaho’s Essential Health Benefits (EHB) package under mental health services including behavioral health treatment.”

“Idaho is behind compared to the rest of the states…but now you can go through the normal route to get these services with your insurance that you’re already paying for. This benefits the state, it benefits families and it benefits the professionals looking to come here”

said Sharon Oberleitner, a mother of a 25 year-old son with autism. 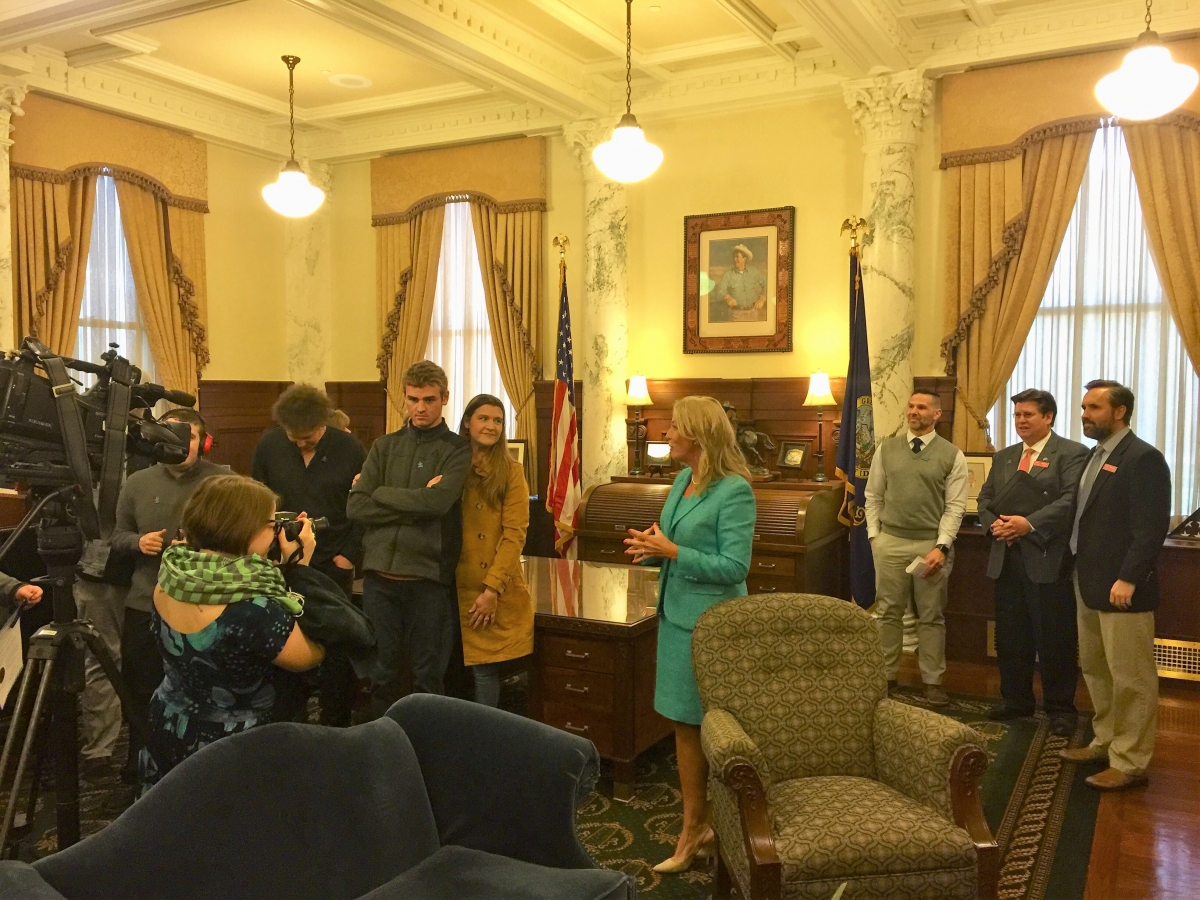 As stated by Lorri Unumb, VP of State Government Affairs at Autism Speaks –

“The announcement that was made today is absolutely life-changing for families with autism. To get the right kind of treatment and intervention as recommended by the doctor for your child with autism can change the entire trajectory of that child’s life.” 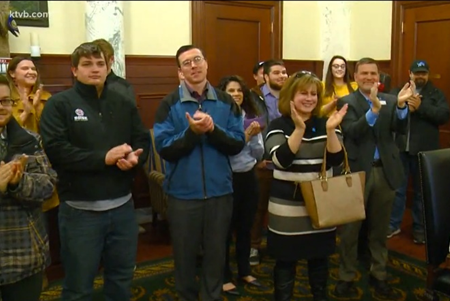