Autism Speaks science staff and advisors highlight the 2019 studies that most powerfully advanced understanding, treatment and support of people on the spectrum.

Today Autism Speaks announced its annual selection of studies that advance its mission of enhancing lives today and accelerating a spectrum of solutions for tomorrow.

Autism Speaks science leadership and Medical and Scientific Advisory Committee made the selections from more than 2,000 autism research reports published in scientific journals last year. The commentary that follows each selection is by a member of the advisory committee.

A Pivotal Response Treatment Package for Children With Autism Spectrum Disorder: An RCT. Gengoux G, Abrams D, Schuck R, et al. (2019). Pediatrics. 144. e20190178. 10.1542/peds.2019-0178.
In this study, researchers compared a common behavioral intervention called Pivotal Response Treatment (PRT) with a version of PRT that included parent training in how to use PRT at home. PRT was more effective when parents were included, suggesting that consistency across a child’s environment supports greater progress in communication, social and behavioral skills.

A Multisite Randomized Controlled Two-Phase Trial of the Early Start Denver Model Compared to Treatment as Usual. Rogers SJ, Estes A, Lord C, et al. Journal of the American Academy of Child and Adolescent Psychiatry. 2019 Sep;58(9):853-865.
This test of a common early intervention technique, known as ESDM, compared its effectiveness with the existing standard interventions for young children with autism. One goal was to replicate earlier findings of ESDM’s effectiveness, which the study did find held true for language skills but not for autism behaviors. 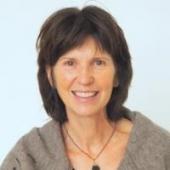 “Both studies [of PRT and ESDM] demonstrate the progress being made in meeting standards for rigorous tests of early interventions: randomization, blinding of assessors, independent analyses, and most importantly attempts at replication of earlier findings,” said Connie Kasari, Professor of Human Development and Psychology at the UCLA Graduate School of Education & Information Studies and Professor of Psychiatry at the David Geffen School of Medicine at UCLA.

Improvements in the standard of autism care in community settings may have played a role in the partial findings in the ESDM study, Kasari suggested. “As the field of intervention science continues to mature, more attention to replication and deployment into the community is essential. Earlier effectiveness is much smaller when the same study is repeated years later due to improvements in community practices generally.”

The meta-analysis of community practice suggested, however, that we are not doing very well in this regard, Kasari said.

“Nahmias and colleagues examined treatment as usual groups in early intervention trials to determine if over time we are getting better at improving child outcomes in the community. The result was discouraging, except for when trials were conducted near academic settings such as in the first two papers,” Kasari noted. “These conflicting interpretations require further investigation with the goal that we get a better handle on which treatments are effective for whom, and when.”

Assessment of racial and ethnic bias in autism spectrum disorder prevalence estimates from a US surveillance system. Imm P, White T, Durkin MS. Autism. 2019 Nov;23(8):1927-1935
In this study of data from national autism monitoring sites used to calculate prevalence estimates, researchers found that children excluded from those estimates were more likely to be Hispanic or non-Hispanic black. For Hispanic children, exclusion was more likely to be due to lack of residency information, and both groups were more likely to have missing relevant health records. Although the exclusion of their data would not have affected estimates of prevalence, this study highlights the lack of access to care for developmental evaluation in underserved groups.

Accuracy of Autism Screening in a Large Pediatric Network. Guthrie W, Wallis K, Bennett A, et al. Pediatrics. 2019 Oct;144(4). pii: e20183963. doi: 10.1542/peds.2018-3963.
To test the accuracy of the M-CHAT, a common autism screening questionnaire, researchers at Children’s Hospital of Pennsylvania were able to get all pediatricians in their health network to use the M-CHAT as the recommended autism screening pediatricians are recommended to conduct at 18- and 24-month checkups. They found that it was less accurate with a broader population than it was tested in research studies. It also highlighted delayed diagnosis for children of color in the network. 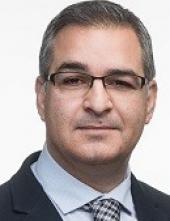 “These two large studies identify disparities – in screening, detection, and diagnosis of ASD – associated with racial, ethnic, and socio-economic characteristics. So, we now have substantial empirical evidence of these types of health inequities in ASD,” said Stelios Georgiades co-director of the McMaster Autism Research Team, at McMaster University and Hamilton Health Sciences, in Hamilton, Ontario. “What is needed is action toward the development and testing of more comprehensive outreach methods to reduce disparities and increase access to services for all.”

This study analyzed the research of autistic students transitioning to new schools to uncover what was difficult for students, their families and teachers, as well as support strategies that were effective. Researchers found that anxiety and social pressure affected the students, while parents were similarly worried about their children’s well-being. Teachers were found to have inadequate resources to give appropriate support to transitioning students. Effective strategies to support new school transitions included personalized support, parent information on the transition process, and improved communication between schools as well as between school and home. This paper highlights the need to develop systems of support that guide students and families through school transition in a comprehensive, effective way to reduce stress and increase chances of successful transition.

Trajectories in Symptoms of Autism and Cognitive Ability in Autism From Childhood to Adult Life: Findings From a Longitudinal Epidemiological Cohort. Simonoff E, Kent R, Stringer D, et al. Journal of the American Academy of Child and Adolescent Psychiatry. 2019 Dec 18.
Simonoff and colleagues conducted the first longitudinal study of a group of children with autism through early adulthood that tracked cognitive skills and autism symptoms. They found that certain groups of children saw higher IQ scores as adults and was linked with their early language skills and type of school environment. Children who attended mainstream schools, rather than specialist schools, had fewer autism symptoms as adults.

“The use of population-level data to study trajectories in ASD allows for increased generalizability of research findings. At the same time, the relatively small sample size (n=126) of this study highlights the challenges associated with longitudinal research in ASD,” said Dr. Georgiades. “There is a need for the ASD community to work toward larger collaborative studies using a lifespan approach.” 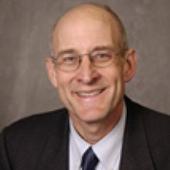 “The first study examined genetic and environmental factors contributing to autism in Denmark, Finland, Sweden, Western Australia and Israel. Estimates of additive genetic risk ranged from 51 percent in Finland to 87 percent in Israel and estimates of environmental risk ranged from 13 percent in Israel to 35 percent in Finland,” said Ed Cook, Earl M. Bane Professor of Psychiatry, Director of the Program for Neurodevelopmental Disorders and Director of the Division of Child and Adolescent Psychiatry at University of Illinois-Chicago College of Medicine.

The second study, by Grove and colleagues, reported the largest genetic study to date, looking for gene changes that are linked with autism. It included more than 18,000 subjects with autism and more than 27,000 control subjects. “Five statistically significant loci were identified and relationships were found between polygenic scores for ASD and several other conditions, including ADHD and major depression,” Cook said.

Finally, Ruzzo and colleagues used a dataset featuring more detailed genetic information via whole genome sequencing looking for new genes that may contribute to autism. They performed WGS on samples from the Autism Genetic Research Exchange, supported by Autism Speaks, of people with two or more affected siblings with autism spectrum disorder. “They also contrasted the biological effects of genes found in these multiplex families to genes implicated by findings in families with only one child with ASD,” Cook said.

Science News
Six Autism Speaks studies on 2018 list of top advances in autism
We're Here to Help Chat with Us
Autism Response Team Chat
There are no available agents at the moment.