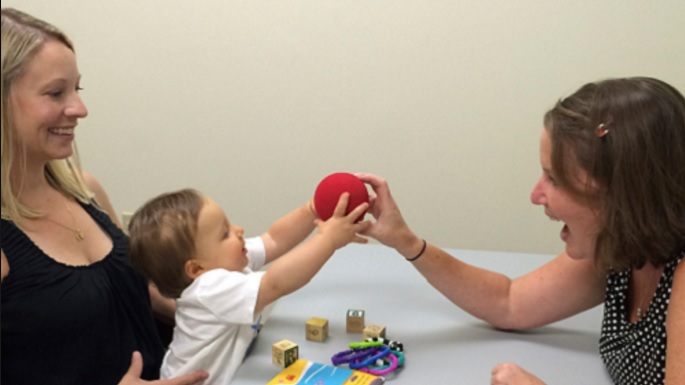 The newest study out of the Infant Brain Imaging Study (IBIS) found early differences in the growth rate of the brain that distinguished which infants at high risk for autism would develop the condition.

If larger studies confirm the findings, the method could become the first to accurately predict autism in the first year of life - allowing for earlier detection and behavioral treatment for high-risk babies. Due to the expense and technical difficulty of the method, it would probably not be appropriate for universal screening.

The paper appears online in the journal Nature.

Autism Speaks helps fund IBIS through a grant to senior investigator Joseph Piven, a developmental psychiatrist with the University of North Carolina School of Medicine. IBIS is also part of the Autism Speaks Baby Siblings Research Consortium. The study and the consortium follow babies born to parents who already have a child on the autism spectrum. Because autism tends to run in families, these “baby sibs” are at relatively high risk for developing the condition.

“The results of this new analysis are directly in line with our organization’s goal to lower the age of autism diagnosis to enable earlier intervention,” comments Mathew Pletcher, Autism Speaks’ interim chief science officer. Earlier this month, researchers reported that the average age of diagnosis remains stubbornly stuck around age 4, even for severe forms of autism. This is despite the fact that the condition usually can be diagnosed around age 2 through a behavioral assessment.

In the new study, the investigators tracked 106 high-risk baby siblings of children who had autism. For comparison, the study also included 42 low-risk infants who had no immediate family members with autism. All the babies underwent behavioral evaluations and noninvasive brain imaging at 6, 12 and 24 months.

Looking at the brain images taken at 6 and 12 months of age, the investigators found an increased rate of brain-surface expansion in the infants who later developed autism. This hyper-expansion did not occur in any of the babies who did not develop autism.

Finally, the researchers developed a computerized formula (machine-learning algorithm) that could predict autism with 80 percent accuracy based on the brain-images taken at 6 and 12 months.

“This study strongly suggests that we will be able to identify useful clinical biomarkers of autism before the emergence and consolidation of symptoms,” Dr. Piven says. “This will enable intervention during a time when the brain is most malleable.”

In addition, the study’s findings may stimulate further research into the relationship between early brain overgrowth and autism, which some previous studies have likewise documented.

For example, the researchers note that the brain overgrowth they detected occurred primarily in parts of the brain linked to processing sensory information (sound, sight, touch, etc.). In recent years, there has been increasing interest in the role that sensory issues may play in autism’s hallmark communication and social difficulties and repetitive or restricted behaviors. 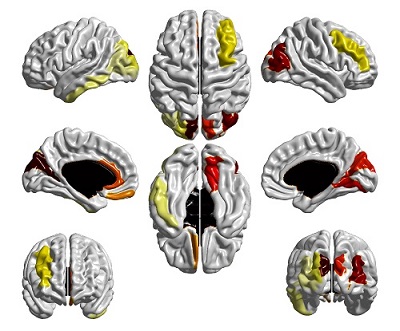 Science News
How to handle clinical care during social distancing and school/program closures
We're Here to Help Chat with Us
Autism Response Team Chat
There are no available agents at the moment.