Autism Speaks science staff and advisers review the 2017 studies that most powerfully advanced understanding, treatment and support for people on the autism spectrum 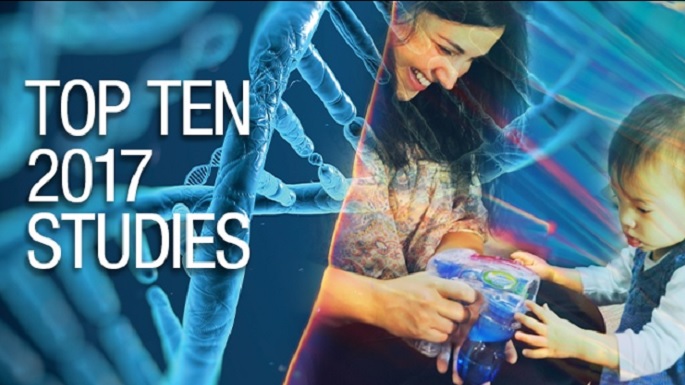 Autism Speaks is pleased to announce its annual selection of the ten studies that most-powerfully advanced the field of autism research to enhance lives today and accelerate a spectrum of solutions for tomorrow.

The Autism Speaks Medical and Scientific Advisory Board and the Autism Speaks science leadership team selected the annual Top Ten from more than 4,000 peer-reviewed research reports published in scientific journals this year.

“These studies exemplify the noteworthy advances we’re witnessing across the field – from research into the causes and biology of autism to the evaluation of new methods for earlier identification and intervention,” says Autism Speaks Chief Science Officer Thomas Frazier. “Their results are helping children today and laying the foundation for more-effective, personalized treatments and support services across the lifespan.”

The selections listed below include commentary by science staff and advisors with related expertise. (Autism Speaks funding noted where applicable)

Harnessing the power of parent participation in early intervention 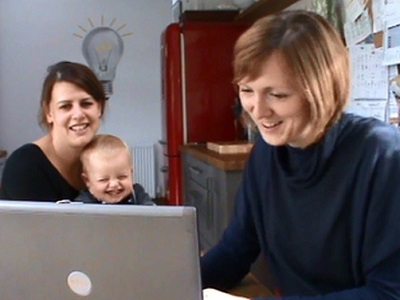 “These two studies stand out in demonstrating the benefits of parent participation in early intervention for autism. The study led by Jonathan Green, at the University of Manchester, is the first to show long-term benefits – milder autism features and increased social interaction – from a very early intervention that teaches parents how to interact with infants at high risk for autism.

"The research led by So Hyun Kim, at Weill Cornell Medicine, focuses on the understudied topic of what influences academic achievement in children and youth on the autism spectrum. I find it particularly interesting that the study identified parent participation in early intervention by age 3 to be a significant predictor of academic achievement, in addition to cognitive abilities.”

- Stelios Georgiades, Ph.D., member of the Autism Speaks Medical and Scientific Advisory Board and co-director of the McMaster Autism Research Team, at McMaster University & Hamilton Health Sciences, in Hamilton, Ontario

Advances and insights in autism genomics 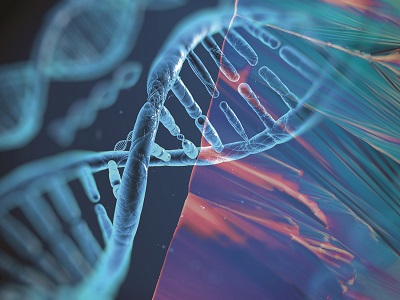 Meta-analysis of GWAS of over 16,000 individuals with autism spectrum disorder highlights a novel locus at 10q24.32 and a significant overlap with schizophrenia. Autism Spectrum Disorders Working Group of the Psychiatric Genomics Consortium. Mol Autism. 2017 May 22;8:21.

“These studies highlight how far we’ve come and how fast we’re moving in understanding the complex genetics of autism, though they were not alone in doing so. (Also see Turner 2017, Werling 2017 and Grove 2017.)

Previously, genetic studies focused almost exclusively on genes, which contain instructions, or coding, for making proteins in our body.

But they didn’t look closely at other parts of the genome, such as the less-understood “non-coding” regions. We’re just beginning to understand the role of non-coding DNA changes in autism. The next step is to combine the results of these and still more genomic studies. Only then will we be able to understand how different types of genetic – and environmental – risks interact with each other.

- Joseph Buxbaum, Ph.D., member of the Autism Speaks Medical and Scientific Advisory Board and director of the Seaver Autism Center, Icahn School of Medicine at Mount Sinai, in New York City 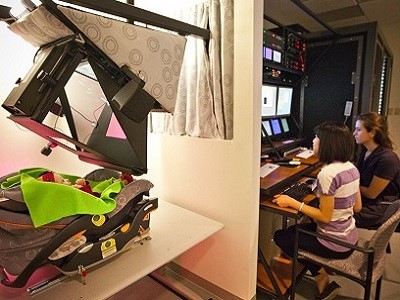 “These two studies are important for revealing new early predictors of autism and its severity. Such predictors can help us identify infants who may benefit from early interventions before the outward signs of autism develop. The study findings also give us insights into autism’s underlying biology, which can help us develop better treatments and support services.

Because autism tends to run in families, both studies enrolled the baby siblings of children already diagnosed with the condition. Heather Hazlett’s team identified an increase in brain surface volume before 12 months in babies who later developed autism. During the second year of life, their overall brain size increased at the same time as their behavioral symptoms appeared. And the babies with the largest brain overgrowth developed the most-severe symptoms.

John Constantino’s team followed up on their previous discovery that, as babies, children who later developed autism were already paying less attention to socially important features of faces – the eyes and mouth. The team’s new study confirmed this finding and found that the preference for looking at eyes and mouths is strongly controlled by genetics across the general population. This implies that a strong genetic influence leads to differences in how a young child begins to experience and draw information from the social world. Such insights hold promise for guiding the development of interventions that support very early social development and communication in babies and toddlers at risk for autism. This includes any baby who shows warning signs. (See “Learn the signs of autism”)

- Edwin Cook, M.D., member of the Autism Speaks Medical and Scientific Advisory Board and director of the Laboratory of Developmental Neuroscience, University of Illinois, Chicago

New insights into predictors and possible contributors to autism 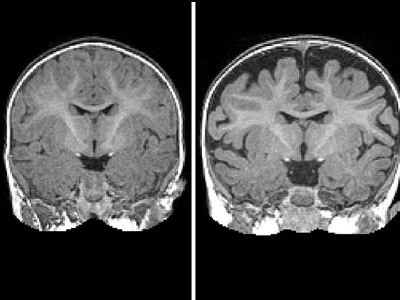 “The large study led by Mark Shen involved 343 infants and confirmed the unexpected results of a smaller 2013 study that found increased cerebrospinal fluid overlying the brain in babies who are later diagnosed with autism. This discovery represents more than an early biomarker of autism risk. It may lead to a better understanding of the neurodevelopmental processes that contribute to autism. For example, we now need to understand whether fundamental problems with the production or control of cerebrospinal fluid contribute to autism. Or perhaps the increased fluid stems from an underlying factor such as inflammation.

The report by Hilary Brown and colleagues is one of the best in a flurry of studies suggesting that serotonin antidepressants taken during pregnancy do not increase risk for autism. Some earlier studies suggested such a risk. But we know that autism occurs at higher rates in families affected by depression, anxiety or obsessive-compulsive disorder – the conditions commonly treated with these medicines. The new study found no difference in autism rates between siblings whose mothers took such a medication during one pregnancy but not the other.

This illustrates the need for exquisite control for differences in study populations when identifying risk factors for autism. The results also offer crucial guidance to expectant mothers who want to balance a medicine’s potential risk to a future child against the known risks of leaving a serious medical condition such as depression untreated.”

- Jeremy Veenstra-VanderWeele, M.D., member of the Autism Speaks Medical and Science Advisory Committee and director of Division of Child and Adolescent Psychiatry, Columbia University College of Physicians and Surgeons, in New York City

“Earlier identification of autism is crucial for earlier intervention with its great potential to improve outcomes. To that end, Robert Emerson and colleagues showed that, at 6 months of age, differences in brain activity patterns (e.g. functional brain connections) can predict a later diagnosis of autism. This discovery is consistent with those of previous studies that identified tell-tale differences in anatomical, or structural, brain connections in babies who later developed autism. Together, this body of research reinforces the idea that the brain changes leading to autism begin very early in life.

However, this year’s study involved just 59 infants at high risk for autism (because they were born into families already affected by the condition). It’s important to confirm its results with a larger group of babies. If the findings prove true – and these brain-imaging methods become practical for use outside of research studies – we may gain an important new tool for detecting autism and intervening earlier in babies at high risk for the condition.”

Subscribe to Autism Speaks Science Digest for quarterly updates on autism research, expert opinion and advice and notices of webinars, webcasts and meetings of interest to the autism community. We hope you'll enjoy this resource and invite your friends to do the same.

Science News
How to handle school closures and services for your child with autism
We're Here to Help Chat with Us
Autism Response Team Chat
There are no available agents at the moment.