An interview with psychologist Connie Kasari, developer of groundbreaking methods for fostering social skills and language in young children with autism 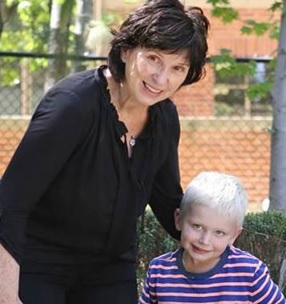 For the last decade, Autism Speaks has supported the highly successful research of psychologist Connie Kasari, of the University of California, Los Angeles. Dr. Kasari’s work focuses on creating and evaluating behavioral therapies that improve social and communication development in children who have autism, as well as toddlers who show early signs of the disorder.

In particular, Dr. Kasari is known for developing therapies that work effectively in real-world settings such as the home and classroom. As part of this work, she has designed and tested methods for use by non-specialists such as parents and teacher aides.

Dr. Kasari has also developed interventions that foster the development of language in nonverbal or minimally verbal schoolchildren with autism. In doing so, she helped disprove the long-held belief that children who don’t develop language by age 5 will never do so.

In recent years, Dr. Kasari has also teamed with Autism Speaks’ public health team to develop and deliver the World Health Organization Parent Skills Training program to support the development of children with autism in underserved communities worldwide, including the United States.

We’ve invited Dr. Kasari to tell us more about her research and goals for the years ahead – and how the support of the Autism Speaks community has played a role in this work. 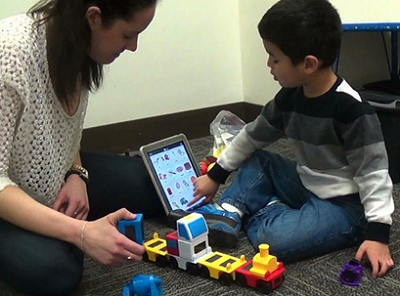 Autism Speaks: What was your motivation for developing the play-based intervention you call JASPER, for Joint Attention, Symbolic Play, Engagement and Regulation?

Dr. Kasari: JASPER grew out of experimental studies I conducted while a post-doctoral fellow in Marian Sigman’s lab, in particular my interest in Peter Mundy and Marian’s work on joint attention in children with autism. Joint attention refers to two people sharing focus on an object or activity. It involves one person directing the other’s attention by looking, pointing or otherwise indicating interest in the object or activity.

In particular, their work suggested that early joint-attention abilities lead to the development of strong language skills. By the mid to late 1990s, researchers widely recognized that having language by kindergarten powerfully predicted whether a child who has autism would succeed in school and life.

JASPER was a natural extension of this work. It aims to improve those early features of joint attention that best promote later language and cognitive abilities.

Since then, research has shown that both joint attention and symbolic play are precursors of other important developmental outcomes such as expressive language. Symbolic play is the ability to use representative objects and actions. For instance, a child might push a block on the floor as a pretend car or hold it to her ear as a pretend phone. Both joint-attention and symbolic-play abilities tend to be impaired in children who have autism.

Additionally, we found that the ability to regulate, or control, emotions and behaviors is crucial for learning and communication. By targeting all these early core impairments, we hope to improve outcomes for children with autism across their lifespan. 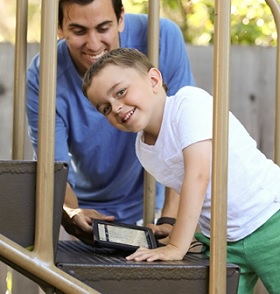 Dr. Kasari: First, it comprehensively addresses the difficulties faced by young language-learning children with autism. Many other interventions take a comprehensive approach to all features of autism. By contrast, we focus on the core features that lead to language development and explore each component necessary for improvement. This includes the ability to use social communication gestures, especially important for joint attention. It also includes the ability to imitate others and to play at increasingly symbolic levels, and the ability to initiate and maintain engagement with others.

Second, JASPER can be added to an existing behavioral intervention program, particularly to those that use Applied Behavior Analysis (ABA) approaches such as Discrete Trial Teaching and Verbal Behavior ABA.

Autism Speaks: How does JASPER build on Applied Behavior Analysis?

Autism Speaks: Why do so many new behavioral interventions show great effectiveness in academic research settings yet fail to deliver the same benefits in the schools and other community settings where most children receive their autism services?

Dr. Kasari: Studies based in academic centers tend to attract families who have the resources to travel to the clinic and whose children have fewer complicating conditions such as severe intellectual disability, lack of language and other disorders or syndromes. Recruitment also tends to miss non-English speaking families. In addition, the therapists who deliver the intervention in an academic center tend to be closely monitored and given frequent feedback.

As you might expect, conditions are different in real-world settings. For example, the families and children in Los Angeles Unified School District – where many of my research studies are carried out – are predominately low income, minority and are learning English as a second language. The teachers are doing the best they can in often-challenging situations without continual support and coaching on research informed interventions.

The good news is that we’re finding that our study outcomes are as good in the community as they are in controlled laboratory settings. That we don’t find a large drop off in outcomes in the community suggests we have developed some successful strategies. One approach we have embraced is community-partnered participatory research. In this approach, researchers partner with staff in the community – such as teachers and teacher aides – to share in the development, execution and analysis of the study. With this approach, our community partners tend to feel more involved and invested in the study. Hopefully, this means they’re more likely to continue using the intervention in their classrooms and centers after our study is over. That has been the case with the teachers and teacher aides who collaborated with us in New York City. 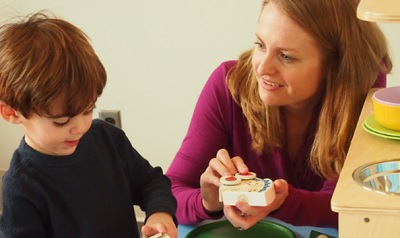 Autism Speaks: Why are there so many variations of Applied Behavior Analysis, and what core features should parents look for in an effective behavioral intervention?

I recommend that parents look for a program that’s responsive to their child, with staff that listens to them. In general, a program will be successful when the staff applies a variety of methods to help each child progress in meaningful ways and when parents can readily see progress in their child. Most parents have a pretty good sense of their child and the child’s fit in a program. They should trust their instincts.

Autism Speaks: How and why did you adapt JASPER into an intervention for parents with toddlers who are showing early signs of possible autism?

Dr. Kasari: As we are identifying children at younger and younger ages, it makes sense to look to parents as the most important persons working with their children. Parents spend many hours per day with their child and are the most invested in their child’s development. Children also tend to respond most strongly to their parents.

We’ve tested parent-mediated JASPER in three randomized trials. Two trials focused on toddlers and one on preschoolers. Both toddler trials improved children’s joint engagement and play skills. In the preschool study, JASPER led to significant improvements in children’s symbolic play, joint engagement and their initiation of joint attention. These slight differences in outcomes reflect the different developmental ages of the participating children.

This isn’t a substitute for professional behavioral intervention. Rather, as our research continues to develop evidence-based practices, we expect that behavior specialists will begin to incorporate these newer methods into their work.

We wanted to help children who had reached school age with limited language development despite at least two years of conventional early intervention (not JASPER). These children were using 20 or fewer words when they entered the study. We blended JASPER with a behavioral language intervention called Enhanced Milieu Teaching (EMT). We also used electronic tablets with speech-generating software to assist in teaching language.

The study was the first autism intervention study to use a SMART design. SMART stands for sequential multiple assignment randomized trial. These designs are meant to test a sequence of interventions based on child response – along the lines I described earlier.

We found that children who began with the blended behavioral intervention plus the assisted-communication tablet made the most progress in spoken language!

While the behavioral intervention by itself led to steady progress in children, it was much slower than starting with the tablet right from the beginning. The reasons for this difference are not completely clear. We’ve speculated that they might include the additional visual support that the devices provide. It also may be that the device says a word or words in the exact same way each time, which may be easier for a child to imitate. In addition, some children may benefit from the addition of a motor component – that is, physically touching the device’s buttons to communicate.

We have published several studies from our work with this first group of children. The successful results led to an Autism Center of Excellence grant that enabled us to enroll an additional 192 minimally verbal 5- to 8-year-olds in an expanded SMART design trial.

Autism Speaks: Recently, you published the successful results of a study that looked at whether teacher aides could successfully use JASPER’s play-based methods with preschoolers in early intervention classrooms. What do you consider the key findings of this study?

Dr. Kasari: Autism Speaks funded a study where we used JASPER in autism preschool classrooms in Los Angeles public schools. We taught teachers and their assistants to use JASPER within small groups of children. We found that the teachers carried out the intervention appropriately and effectively, and the children’s improvements and outcomes were similar to those we had obtained using JASPER in studies using highly trained behavioral specialists in our university lab.

We did another classroom study in a New York City program for toddlers with developmental delays, including autism. In this study, each toddler had a teacher’s aide delivering JASPER one-on-one for 30 minutes daily. This study was recently published and included 45 paraprofessionals and 113 toddlers. Again, we saw that the children improved in their joint engagement and language skills to a degree similar to what we saw in our laboratory studies.

It’s encouraging to see these teachers and teacher aides continue to use the JASPER methods in their classrooms, both in New York City and Los Angeles. Additionally, we have served as consultants to help sites implement JASPER in other countries, including in Macedonia, Serbia and the Canadian provinces of Newfoundland and Ontario.

Autism Speaks: How can interested parents and teachers learn more about JASPER and where it’s offered?

Dr. Kasari: JASPER is currently available in several communities including New York City (The New York Center for Infants and Toddlers), some Los Angeles public schools, the UCLA Center for Autism Research and Treatment, and province-wide in Newfoundland, Canada. To learn more about JASPER, please visit the Kasari Lab website and our Facebook page. We’ll be posting about future trainings, as well as updates on the JASPER teaching manual we’re developing.

Explore all the research that Autism Speaks is funding – including research into autism risk factors – using Autism Speaks' Grant Search Engine. This work is made possible by the passion and generosity of our volunteers and donors.