Autism and ‘optimal outcomes’ – Is it time to refine our thinking?

By Stelios Georgiades, co-director of the McMaster [University] Autism Research Team, in Hamilton, Ontario,  and psychologist Connie Kasari, of the Center for Autism Research & Treatment, at the University of California, Los Angeles. Drs. Georgiades and Kasari both serve on the Autism Speaks Medical and Science Advisory Committee. 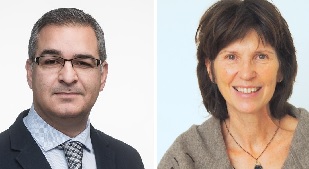 For decades, we’ve heard autism described as a disorder of brain development. More recently, we’re seeing it embraced in the context of neurodiversity. Neurodiversity frames autism as an example of the differences in human brain development – with no one standard labeled as “normal.”

At first glance, the two views – disorder versus neurodiversity – may seem at odds. In “Reframing Optimal Outcomes in Autism,” in this month’s JAMA Pediatrics, we find common ground by rethinking the goals and scope of interventions such as behavioral therapies, medicines and related services. (Follow the title link to read the full opinion paper.)

In particular, we urge autism researchers, clinicians and therapists to rethink what we mean by “optimal outcomes.”

For years, we’ve been using this term to describe a relatively small group of people with autism who, with therapy and support, experience such a marked decrease in autism symptoms that they no longer meet the criteria we use to diagnose the condition.

In other words, their social communication skills improve and their repetitive behaviors and/or restricted interests decrease to a degree that’s within the range of what we might consider “normal.”

Should we focus exclusively on verbal and cognitive abilities?

But this approach focuses almost exclusively on highly verbal, cognitively able individuals as representing optimal outcomes. It overlooks the many people with autism who can communicate despite their inability to speak verbally. It likewise looks past the many people with autism who have fulfilling lives and an embracing community regardless of having aspects of intellectual disability.

Conversely, someone who has strong verbal abilities and few outward symptoms might strongly disagree with the label “optimal outcome” if he or she is unhappy, anxious or depressed.

In short, we believe that the old concept of optimal outcomes fails to appreciate the complex and variable ways that children – and adults – with autism grow and develop. It’s certainly incompatible with the idea of embracing neurodiversity.

We find this as a much more suitable concept for developing autism services and setting goals for each child, teen or adult. The focus is not on reaching certain milestones related to their “typical” peers. Rather it’s on progress against personal goals such as social and community engagement and any emotional, cognitive, moral or physical aspirations.

Most importantly, we need to include the person with autism and his or her family in the conversation on identifying important and meaningful outcomes.

Changing our notion of optimal outcomes is a big step toward an inclusive spectrum approach. The next step is to consider how services and supports must change and adapt based on how a child, teen or adult develops and benefits from interventions.

In autism intervention research, knowing when to change something and to what are vital questions that we’re just beginning to address.

There is considerable agreement in the autism community that whatever “view” of autism we embrace – disorder or diversity – the immediate challenge for researchers is to deliver the evidence that people require to effectively select, personalize and adapt interventions to meet each person’s variable and changing needs.

We hope you’ll join us in this conversation by emailing us via research@autismspeaks.org.