For me, growing up was very difficult, but I never let it define me. 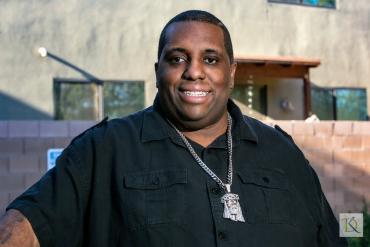 To say Marcus overcame obstacles throughout his childhood would be putting it lightly. Separated from his biological parents when he was six, the Georgia native made his way through 16 foster homes and seven group homes. Though he was never adopted, he found regular respite in the home of his case worker, Dorothy Carr, whom Marcus credits with being the person who was always there for him during those difficult days.

Throughout his childhood, Marcus’ caretakers were told that he would likely never speak or be able to care for himself. Then at 10, Marcus was diagnosed with autism and remained non-verbal for another three years until he made a lifechanging breakthrough. Thanks to intensive therapies and counseling sessions, Marcus spoke his first words at 13, launching him on a trajectory few had seen coming.

Today, Marcus lives in Tucson, Az., and is thriving in multiple careers – all of which allow his creativity and positive outlook on life to shine bright. He’s a four-time award winning autism activist, an accomplished music producer, a composer and a D.J., the CEO of an entertainment company and the owner of his own clothing and shoe lines.

Learn more about Marcus and his autism journey in this Q&A:

Who was Marcus as a child?

The best way to answer that is to go back to when I was five years old - that’s when I started to feel that I was different. I remember one instance when Big Tommy, my biological father, took me to the park and wanted to throw ball with me and play on the playground. Well, that didn’t quite work out because of my behavior issues and lack of attention span and he didn’t know how to handle that. To him, I wasn’t like other kids or my brothers and sisters, so I was a disappointment. My childhood was very abusive in every way imaginable. It was filled with loneliness and emptiness. Even when I finally spoke, it was at a 2-year-old level, so nobody understood me. 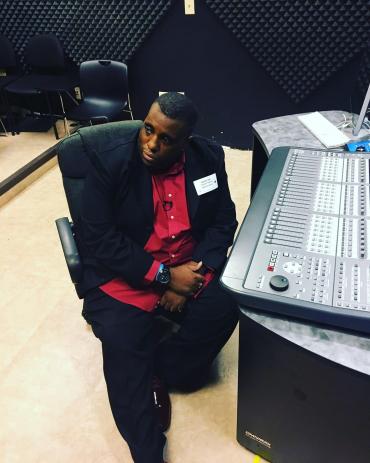 How would you compare the Marcus before your diagnosis to the Marcus after?

Before I was diagnosed, I was trapped in a dark space. I didn’t understand myself and felt like an outcast. I didn’t have friends and my behaviors just kept getting worse. I thought that after I got diagnosed, a window would open, and people would gravitate towards me because I now had answers, but this isn’t what happened. I’m happy that I got diagnosed but with the truth came a lot of heartache, untrust, judgment and misunderstanding.

What struggles have you faced at a result of our autism?

I was told by too many doctors I would never talk or feed or dress myself. Between hearing all of that and then and being abused by several adults, my spirit was broken. I’d have temper tantrums in public, I was afraid to talk to people because I always thought people were laughing at me and I was always on attack mode. All of this hindered my education and I never reached my goals with my IEP (Individualized Education Program) goals, even with the help of many tutors. Life was a struggle until I found God and he blessed me with the support system I have today.

Who is Marcus Boyd today?

Today, I am a goal-driven person who believes in putting God and family first. I am an open book and a big-hearted person who loves giving back to my community. Today’s Marcus sees his downfalls and embraces his past. I’m a strong spirit filled businessman who won’t stop until the world knows about inclusion, acceptance and the voice of the entire autism communities worldwide! I have no problem putting on the gloves and fighting for those who cannot!

Why has advocating for the autism community became such an integral part of your life?

Advocating has always been inside of me - it was something I just was not able to express. Being non-verbal for many years gave me a better understanding and gave me more compassion.  Showing love and supporting my autism communities worldwide became a badge of honor that I proudly wear on my chest. Those of us who have autism are specially made. I like to say people with autism are the “Three A’s:” we are ambitious, angelic and achievers - we can do anything and have voices that deserve to be heard. 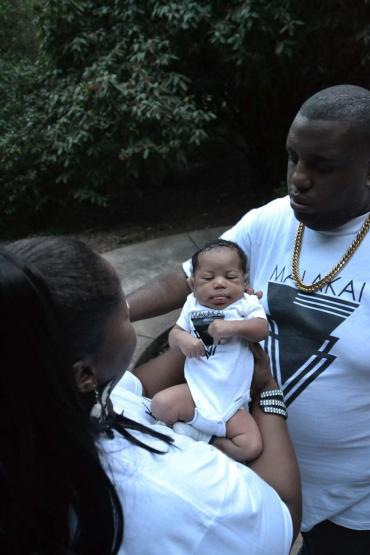 Who have been the biggest supporters and how have they touched your life?

I don’t know where I would be if it wasn’t for my mentors, my role models, Chief Apostle Dr. Arnold Burrell and Sharmar Prophetess Darinda Burrell. They have this amazing powerful church called the Remnant Apostolic Center her in Tucson, Az., where they are changing lives spiritually and physically.

My niece, Goldie Bishop, is another inspiration. I see so much love and dedication and fight in her spirit.  My son, Malakai Daniel Boyd, is my ultimate reason why I go so hard in life. He’s my legacy and my best friend. I would never give up because he gives me strength.

I have lots of family, friends and mentors who make sure this machine called Marcus Boyd runs right.

What advice can you give to other people who were recently diagnosed?

Don’t look at your current diagnosis as the end of the world. Rejoice and give God praise because he included you in a very special club where you are loved, supported and given that family atmosphere with so many others. It’s okay to cry or be confused about what it means to have autism - I went through the same process.  Start doing research on support groups and activities you can do to help your and remember that autism activist Marcus Boyd is here for you.

When you reflect on your life to this point, what are you most proud of?

I am so proud of my son, Malakai Daniel Boyd, for the young man he is becoming. His mother, Martina Knight, does an amazing job with him. I am so proud that God gave me a voice and finally let me use it to be the one to advocate for those who can’t for themselves. I am proud that I’ve learned how to talk with my sisters and grandmother in large part because of my speech therapist, Anna Gibbs. My sisters helped me get an education and didn’t let me settle because of my autism. I am so proud of my work as a music producer and in the autism community. I am proud that I was given the opportunity to be the CEO of a major gospel entertainment company called MDE (Ms Dee Ent LLC). I am also proud of my clothing line, “The A Collection” and my shoe line, “The A Line,” where we celebrate autism and bring different designs to culture.

Blog
Finding myself in autism