Having an optimistic outlook on life has been my superpower as a mother who cared for her child and now adult son with autism. There is a purpose for everyone on this planet.

On Mother’s Day, we celebrate the special women in our lives who have helped shape us into the people we are today.

29-year-old De’Vante, who was diagnosed with autism in 1994 when he was just 18 months old, has been blessed to have two women watch over him throughout his life. His mom, Sheila, whom he lives with and who is his main caretaker and best friend, and his Aunt Angela have been guiding lights in his life since the day he was born. Even though he may learn differently and may not be able to communicate in typical fashion, the love of De’Vante’s family has helped him to progress in many areas of life since his diagnosis.

Angela says her sister, Sheila, has constantly been there and encouraged her nephew to continually strive towards his full potential.

“De’Vante faces a lot of challenges as a result of his autism. He is nonverbal and struggles with communication, which is frustrating to him. He yearns to be independent. One of his greatest achievements is graduating high school in 2014. De’Vante has around-the-clock care from his mother, Sheila. When De’Vante gets lost in his thoughts, his mother will find words or objects that will catch his eye and attention. She’s very kind-hearted and generous. She is the most patient person I know, who loves and cares for her children with honesty and hope,” says Angela.

Learn more about De’Vante, his autism journey and his tight-knit bond with his family in this Q&A with his mom, Sheila: 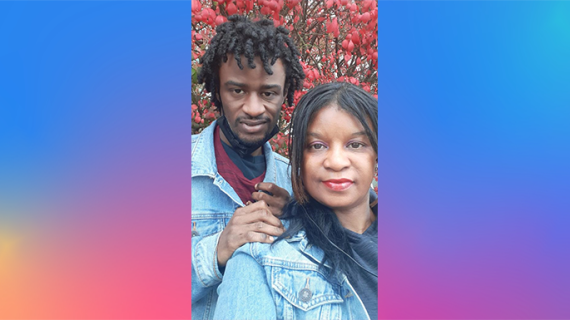 When Devante was first diagnosed with autism, what thoughts ran through your head?

I had mixed emotions. I was hurt. I was in denial. I thought he would “snap out of it” like the doctor told me he could. I wanted to get De’Vante retested and get a second opinion but the doctors were right, and I had to learn to cope and deal with the situation. I went to the library to research if there was a cure for autism. I cried and thought, “my son is so cute, why is this happening?” I wanted my son to have a “normal” life. At that time, there was very little information about autism – even the doctors didn’t seem to know what to say and how to advise me. To be honest, I felt judged for De’Vante’s autism, like it was my fault. 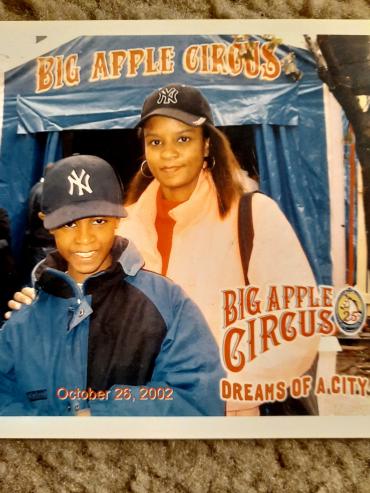 What was your plan of action once the dust settled and you knew you had to find him the services that he would need to eventually reach his full potential?

What services has he had throughout his life? How have they made an impact on his life?

When De’Vante was younger and we lived in New York, he had a multitude of therapies and services, including speech, hearing and physical therapies, neurological services, early learning services, etc. When we moved to North Carolina, he began life skills programs, recreational therapies and horseback riding.

I must note, New York provided access to more assistance than North Carolina. Once De’Vante graduated high school, it was like he was left out in the cold to fend for himself. De’Vante has been on the waiting list for Sandhills Center – Intervene Program in Guilford County since he was in middle school in 2005 without progression on their part. Numerous times, I reached out to find out where he fell on the waiting list, and I always heard he was down on the list. I feel like children who are more severely impacted by autism do not get the help and attention needed to have the quality of life that they deserve. If anyone can help me by providing adult services for De’Vante, I would be humbly grateful. 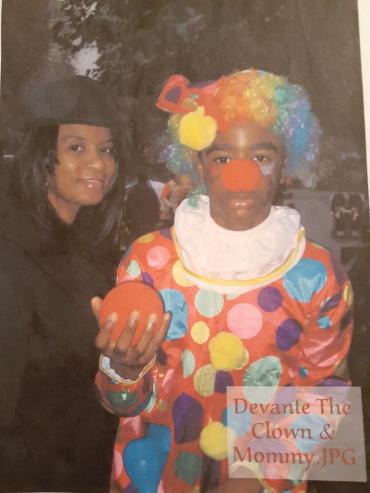 What was the extent of your autism knowledge before his diagnosis? How has that changed?

When De’Vante was first diagnosed, I had no knowledge about this condition. There was limited research and understanding back then. He was diagnosed in Mt. Sinai Hospital in Manhattan, New York. A case worker from the hospital referred a representative from Quality Services for the Autism Community (QSAC), servicing New York City and Long Island, to visit my home to educate me and my family on autism and autistic individuals. Lifespan in New York also had and has a ton of programs and services that were offered to me for De’Vante. Since then, I have learned an array of information on this subject.

What is the most rewarding part about being an autism mom?

I love my son with all my heart and soul. I have more compassion than I could have ever imagined, especially for someone living with autism.

What are some of the most challenging parts?

The most challenging part about being a mother of an autistic person is having patience. I believe all caregivers and families can relate to this. The bad days are frustrating, especially when De’Vante becomes more aggressive than usual. Sometimes I feel that he is excluded in family functions, outings and events. I don’t want my son to feel left out. I sometimes feel people treat De’Vante as though he is an outcast, and this is hurtful to both of us. People who do not understand should put themselves in someone else’s position. Do not say he and other people like him are disabled; say they have SPECIAL NEEDS. I don’t even like to say special needs, but some people cannot relate to the world of autism.

What is your Mother’s Day message to all of the other moms out there reading this? 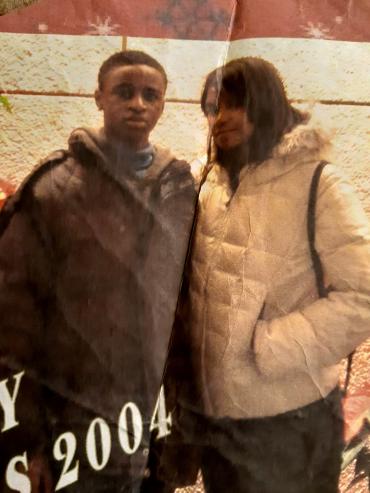 I want all mothers out there to know that God has chosen me and you to be the voice and advocate for children and adults with autism. Your child has a special talent and is a gift from God. You are unique and have an assignment to care for the person with autism. Autism is a way of life in our society.

I would encourage you to see this as a blessing. Your child is unique and will be okay. Although at times you may feel discouraged and may have mixed emotions, with patience, prayer, education and understanding, things will get better and you will find your path forward to the future. Having an optimistic outlook on life has been my superpower as a mother who cared for her child and now adult son with autism. There is a purpose for everyone on this planet.

What makes you most proud of being Devante’s mom?

De’Vante is my guardian angel and that just makes me so happy and joyful. He is my “sugar-baby.” I am proud of De’Vante for overcoming many obstacles to graduate high school. I am so proud of the man he’s become. De’Vante is caring and helpful to me when we go grocery shopping, cooking meals and doing household chores.

What are your hopes for him as you continue to watch him grow and mature?

I want De’Vante to continue to develop social skills and to manage patience. I want to know that he will learn to be more independent should I not be able to care for him later in life.