Although receiving the news that their boys were on the spectrum was difficult to fully accept at first, the couple quickly took action to get their boys access to the services and supports they needed. 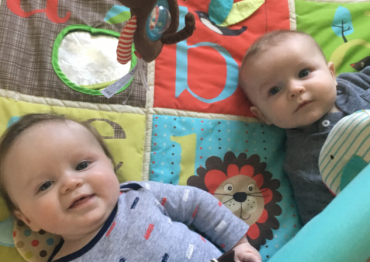 When fraternal twins Callan and Brennan were born in the summer of 2017, parents Colleen and Lauren Mullen knew they needed to adjust their game plan. Their spunky daughter Maggie was two years old at the time and the couple knew they’d have to draw from their lifetime of experience on the basketball court, both as players and coaches, to keep up with their growing family.

Like they’ve been doing for most of their adult lives as women’s college basketball coaches, the couple mapped out a plan that would set their family up for the best chance of success as they embarked on their next phase of life both on and off the court. They made a pact that the first spouse to land a Division I job would continue coaching and the other would step away from the game and dedicate her life to staying at home and caring for the children on a full-time basis.

About a year after the twins were born, Colleen accepted the position as the head coach of the University of Albany Women’s Basketball Program. Lauren kept up her end of the agreement and resigned from her responsibilities as head coach of the NYU women’s team to take on possibly her most challenging job to date – full-time stay-at-home mom to three children under the age of three. Little did they know, there was another plot twist on the horizon that would add an unexpected wrinkle to their already changing worlds. 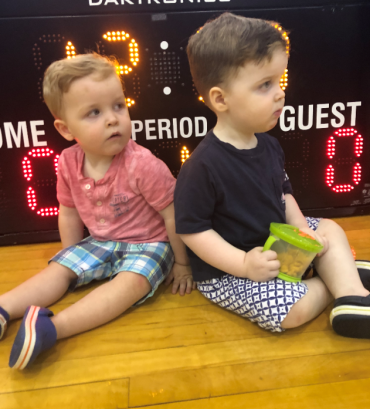 “We saw the signs of developmental delay and other tendencies early on with Cal, so we were constantly searching for answers and hoping to get him the services he clearly needed. In terms of speech and language, Brennan was slightly more advanced, but nowhere close to my daughter at their age, who had 50-100 words. They only had three to five,” Colleen said. “We were so focused on Cal that we missed some of the red flags that Brennan was displaying.”

Just 14 months into their new life in upstate New York and after countless visits with developmental pediatricians, nurse practitioners and specialists, Callan was diagnosed with autism spectrum disorder. Three months later, much to the shock of Colleen and Lauren, Brennan was also diagnosed. Although receiving the news that their boys were on the spectrum was difficult to fully accept at first, the couple quickly took action to get their boys access to the services and supports they needed.

“Once we found the right ABA and got connected with Crossroads Center for Children, their progress continued to accelerate. I can’t stress enough the importance of early intervention services and how much they’ve made an impact on both the boys’ lives,” Lauren said. “We just always approached everything as, ‘what’s the best we can do for our partnership?’ And then once we had kids It became ‘what’s the best thing for our children and our family?’ I think that’s why we’ve been able to make it through some of the rougher times and come out on the other side even stronger.” 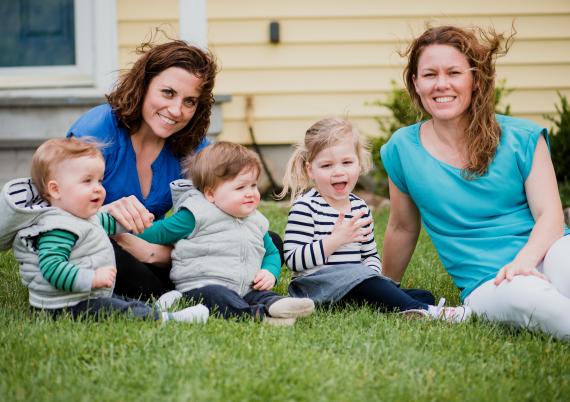 Today, Cal and Brennan are approaching their third birthdays and continue to hit developmental milestones. Though their personalities couldn’t be more different, they share an ironclad bond that only twins can understand. Cal is outgoing, charismatic, loves being the center of attention and has an affinity for cars and anything with wheels. Brennan is affectionate, more introverted and quieter than his brother, and doesn’t go anywhere without his favorite wool beanie – especially during those cold Albany days! With the continued love and support of their moms, the gentle guidance of their team of therapists and teachers, and the moral support of the entire women’s basketball program at U of Albany, the sky is the limit for these twins. Blog
There’s a Letter Waiting for You (if you want)

Podcast
Adulting on the Spectrum: Being transgender and accepted, hyper fixations and VHS tapes Blog
In our own words: what Pride Month means to me Blog
Pride in Yourself