Zach Bates and the Bates Family

See them as an individual with hopes and dreams. Listen to them. Allow them to be themselves and pursue the things that get them excited. 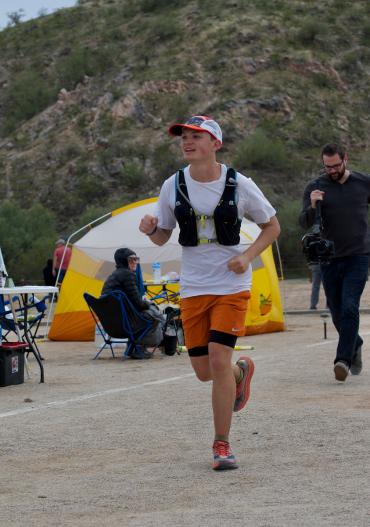 On January 15, 2022, 19-year-old Zach Bates of Lakeside, Ariz., set out on an amazing journey that would push him to the brink of physical and mental exhaustion. On this day, the former varsity runner at Show Low High School completed a lofty goal that he set for himself when he graduated last May: to finish a 100-mile ultra-marathon before his 20th birthday.

Twenty-eight hours, six minutes and 36 seconds after the starting gun sounded, Zach completed his fifth and final loop around the 20-mile course. As he crossed the finish line, you’d never know that Zach injured his hip somewhere around mile 88 or that the blisters on his toes were worsening with every step. Outshining the obvious pain and discomfort was a beaming smile and a look of prideful exuberance.

“My hip was hurting really bad, but I was proud of myself for not giving up,” said Zach, who was diagnosed with autism at the age of 4. “Maybe my next goal will be the Cocodona 250, who knows?” The Cocodona 250 is 250-mile ultra-marathon which takes runners along a course of some of the most challenging terrains in Arizona.

Zach’s mom, Rana, played the role of nutritionist, part-time coach and cheerleader on race day and throughout her son's intense eight-month training process. She said that once she saw his enthusiasm for the sport, she knew he’d find a way to achieve his goal no matter the challenges in his way.

“When Zach told us that this is something he wanted to do, I was worried at first,” she said. “At that time, his longest race had been a 5K. I knew this was something he was going to work at incessantly once it was in his mind, so I embraced it and did everything I could to help him train and prepare his mind and body for the challenges that would lie ahead.” 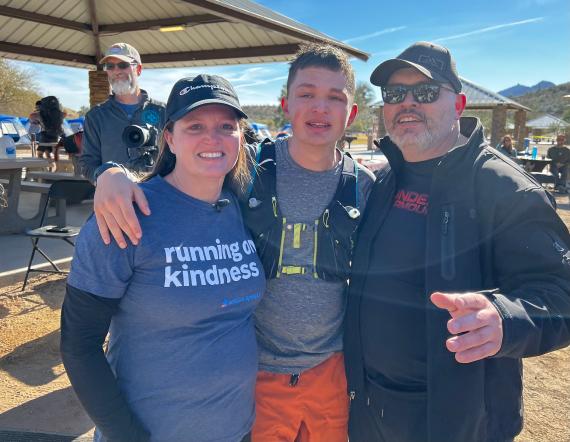 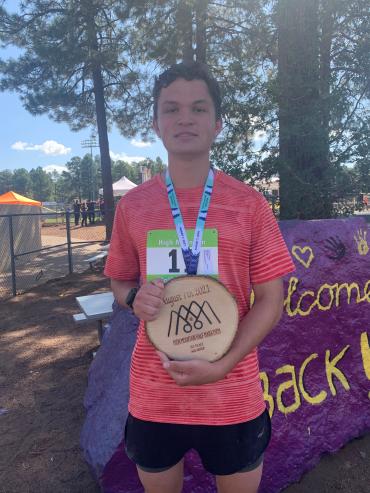 Rana said that she and her husband, Brian, began to see real progress in Zach when they put aside their expectations and began to listen and understand his needs and wants. It was a moment of clarity that completely changed the way they view parenting and helped their son reach his full potential.

“If I could give one piece advice to other parents with a child on the spectrum, I would tell them to look at their child with fresh eyes,” says Rana. “See them as an individual with hopes and dreams. Listen to them. Allow them to be themselves and pursue the things that get them excited. This can be difficult because sometimes they are hyper-focused on things that we aren't excited about. But as they are given the freedom to excel at what they love, they will begin to soar and surprise us with the gift autism has given them as an individual.”

On the day of his big race in January, Zach had his ultra-marathon mentor, John Hendrix, pace him during the fourth time around the loop. His fellow ultra-marathoner and pace coach, Nikademus Hollon, was also by his side on the fifth and final lap. He credits both men for giving him the skills and motivation he needed to complete the race.

Ever since he began his running journey, Zach has been lucky to have coaches and teammates who have looked out for his well-being. As a freshman in high school, his coach arranged for a running aide to train side by side with Zach to make sure he stayed on course and could communicate how he felt during training runs. The Bates family is extremely grateful for the support Zach has received throughout the years—and it inspired them to do more for others in the autism community who may not be as fortunate. 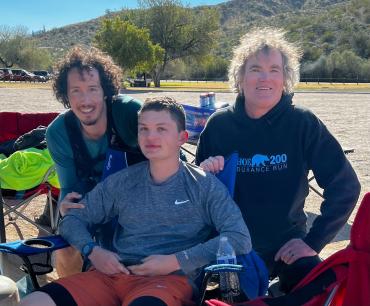 “We have always been aware of Autism Speaks and have used it as a resource over the years to educate ourselves about autism,” says Rana. “We knew that if at some point we had the means, we would want to donate in support of autism awareness and research. Because of a change in our financial situation this year, we immediately thought of Autism Speaks because of the work you do to support the autism community. We know that the funds will be used to help individuals on the spectrum and the families who love them.”