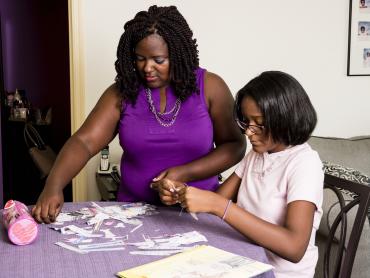 PDD-NOS stands for Pervasive Developmental Disorder-Not Otherwise Specified. PDD-NOS was one of several previously separate subtypes of autism that were folded into the single diagnosis of autism spectrum disorder (ASD) with the publication of the DSM-5 diagnostic manual in 2013.

In the past, psychologists and psychiatrists often used the term “pervasive developmental disorders” and “autism spectrum disorders” (ASD) interchangeably. As such, PDD-NOS became the diagnosis applied to children or adults who are on the autism spectrum but do not fully meet the criteria for another ASD such as autistic disorder (sometimes called “classic” autism) or Asperger syndrome.

Like all forms of autism, PDD-NOS can occur in conjunction with a wide spectrum of intellectual ability. Its defining features are significant challenges in social and language development.

Some developmental health professionals refer to PDD-NOS as “subthreshold autism." In other words, it’s the diagnosis they use for someone who has some but not all characteristics of autism or who has relatively mild symptoms. For instance, a person may have significant autism symptoms in one core area such as social deficits, but mild or no symptoms in another core area such as restricted, repetitive behaviors.

As a diagnosis, PDD-NOS remains relatively new, dating back only 15 years or so. As a result, some physicians and educators may not be familiar with the term or may use it incorrectly.

The current Diagnostic and Statistical Manual of Mental Disorders (DSM-IV) spells out the criteria for a diagnosis of PDD-NOS. Unfortunately, this description consists of a single paragraph, which mainly asserts what it is not:

"This category should be used when there is severe and pervasive impairment in the development of reciprocal social interaction associated with impairment in either verbal or nonverbal communication skills or with the presence of stereotyped behavior, interests, and activities, but the criteria are not met for a specific Pervasive Developmental Disorder, Schizophrenia, Schizotypal Personality Disorder, or Avoidant Personality Disorder. For example, this category includes “atypical autism” – presentations that do not meet the criteria for Autistic Disorder because of late age at onset, atypical symptomatology, or subthreshold symptomatology, or all of these."

More helpful, perhaps, are studies suggesting that persons with PDD-NOS can be placed in one of three very different subgroups:

As these findings suggest, individuals with PDD-NOS vary widely in their strengths and challenges.

How might a parent or an affected adult recognize PDD-NOS?

PDD-NOS is characterized by delays in the development of socialization and communication skills. Parents may notice associated behaviors as early as infancy. These may include delays in using and understanding language, difficulty relating to people, unusual play with toys and other objects, difficulty with changes in routine or surroundings and repetitive body movements or behavior patterns. (Please also see Learn the Signs.)

How should Pervasive Developmental Disorder (PDD-NOS) be treated?

As with all autism spectrum disorders, early diagnosis and intervention offer the best chance for optimizing outcomes – including success in mainstream classrooms and the achievement of independence and a high quality of life in adulthood. However, it is never too late to begin behavioral therapy.

As previously mentioned, no two individuals with PDD-NOS are alike. Indeed, they can have completely different strengths and challenges. As a result, treatments and interventions should be highly individualized based on a thorough assessment by a qualified developmental specialist. The evaluation should consider such factors as behavioral history, current symptoms, communication patterns, social competence and neuropsychological functioning.

Parents of children diagnosed with PDD-NOS should pursue an Early Intervention Program (EIP) for a young child and an Individual Education Program (IEP) for a school-age child. For more information, see the Autism Speaks 100 Day Kit and IEP Guide.