The Qutub Minar will Light It Up Blue on April 2 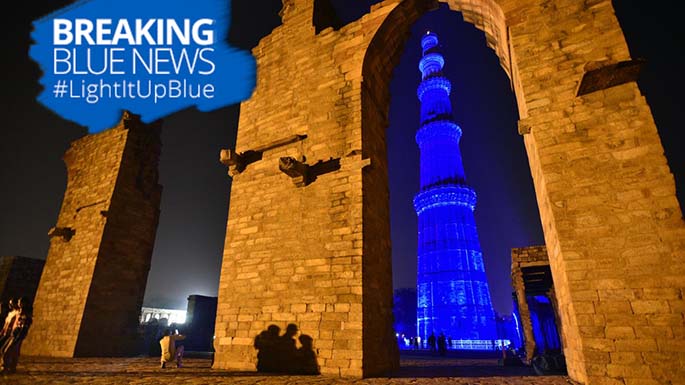 Thanks to the Autism Center of Excellence of India, the Qutub Minar in New Delhi, India will Light It Up Blue on April 2, 2018 for World Autism Awareness Day!

The Qutub Minar is a minaret that forms a part of the Qutab complex, a UNESCO World Heritage Site in the Mehrauli area of Delhi, India.

The Minar is surrounded by several historically significant monuments of the Qutab complex, including Quwwat-ul-Islam Mosque, which was built at the same time as the Minar, and the much older Iron Pillar of Delhi.The nearby pillared Cupola known as "Smith's Folly" is a remnant of the tower's 19th century restoration, which included an ill-advised attempt to add a sixth storey.

Qutub Minar is the tallest brick minaret in the world at a height of 72.5m.