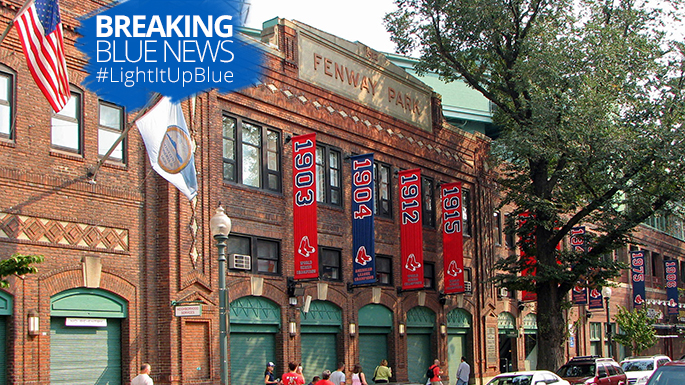 The home of the Boston Red Sox, Fenway Park in Boston, Mass., will go blue on April 2, 2017 in honor of the Autism Speaks Light It Up Blue campaign and World Autism Awareness Day.

Fenway Park has been the home of the Boston Red Sox since 1912 and is the oldest Major League Baseball (MLB park). The sports venue has hosted the World Series ten times and in 2012, the park was added to the National Register of Historic Places.