The Doha Tower will Light It Up Blue on April 2 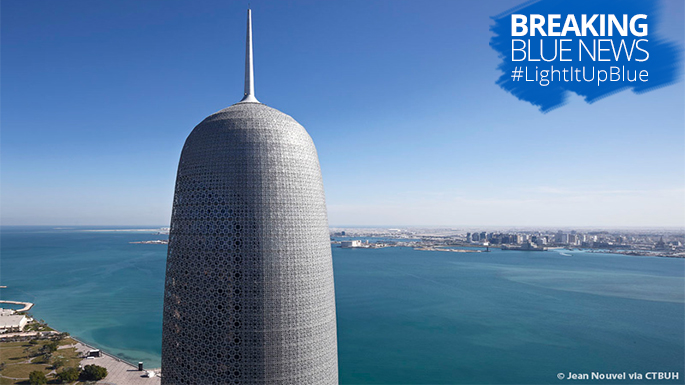 The Doha Tower will Light It Up Blue on April 2, 2017 in honor of World Autism Awareness Day!

Located in Doha, Qatar, the tower stands at 232 meters tall. The project that began construction in 2004 was completed in 2012.