Autism Speaks science staff and advisors highlight the 2018 studies that most powerfully advanced understanding, treatment and support of people on the spectrum 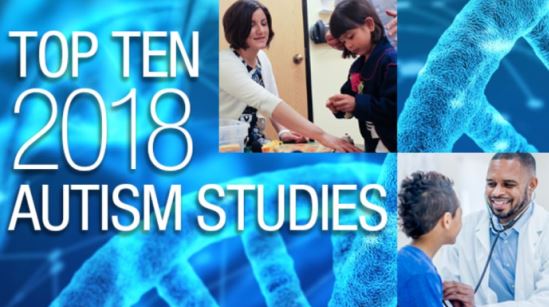 Today Autism Speaks announced its annual selection of studies that most powerfully advance its mission of enhancing lives today and accelerating a spectrum of solutions for tomorrow.

Autism Speaks science leadership and Medical and Scientific Advisory Committee made the selections from more than 2,000 autism research reports published in scientific journals last year. The commentary that follows each selection is by a member of the advisory committee.

In this report, Connie Kasari and her colleagues at the University of California, Los Angeles, show how their successful approach to personalizing autism interventions can be used by researchers to improve how they evaluate new treatments. They call the design “SMART,” for Sequential Multiple Assignment Randomized Trial. The SMART approach assigns each study participant to a particular therapy program. After a set period, those who aren’t making strong progress are assigned to one of three new groups: continued therapy as before; more hours of the same therapy; or a switch to a different therapy. This type of sequential approach shows promise in identifying the optimal level and type of therapy for each child.

Richard Frye and his colleagues at the Arkansas Children’s Hospital found evidence that folinic acid can ease autism symptoms in children who have a biological marker that suggests low cellular absorption of the closely related vitamin folate. More research, including an Autism Speaks funded clinical trial, is underway to further evaluate and confirm this promising early finding.

Lindee Morgan and her colleagues at Florida State University evaluated a behavioral intervention designed for classrooms, rather than individual students. Their SCERTS intervention (for Social, Communication, Emotional Regulation and Transactional Support) produced significant improvement in multiple measures of the students’ social communication. This type of work is important for extending the reach of autism interventions beyond one-on-one therapy sessions to groups.

Suzannah Iadarola and her colleagues at the University of Rochester Medical Center demonstrated the benefits of a behavioral management training for parents of children with autism and disruptive behavior. The training reduced the parents’ stress levels in addition to reducing their children’s disruptive behavior. 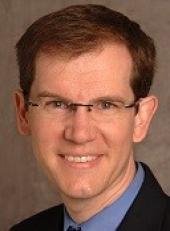 “These treatment studies represent part of the cutting edge in autism research, where the best biological and behavioral ideas are tested for their ability to improve the lives of people with autism and their families in the here and now,” says Jeremy Veenstra-VanderWeele, M.D., director of Division of Child and Adolescent Psychiatry, at Columbia University College of Physicians and Surgeons, in New York City.

They go beyond standard early, intensive behavioral interventions for autism and they expand on standard designs for the clinical trials we use evaluate autism therapies.

“This is critically important as we enter an era when genetic data and biological markers may allow precision medicine that’s based on an understanding not just of autism as a whole but also of the particular biology, developmental stage or behavioral needs of each person on the autism spectrum.”

Advances in understanding the biology of autism

This study, enrolling 159 children with autism, ages 2 to 4, found that, as a group, they had increased cerebrospinal fluid around the brain compared to a group of typically developing children the same age.

Taken together these studies are of great interest because recent research on cerebrospinal fluid has found that it does more than provide a protective cushion between the brain and skull. It also bathes the brain and helps remove inflammatory cells and other metabolic products that may affect brain development.

“This study raises important questions about the possible role of abnormal production or elimination of cerebrospinal fluid in the emergence of autism in infancy, about whether this phenomenon is specific to autism and the extent to which this biomarker may serve to predict which infants go on to later develop autism,” says Joseph Piven, M.D., director of the Carolina Institute for Developmental Disabilities, University of North Carolina.

In this report, Staci Bilbo and her colleagues at Boston’s Lurie Center for Autism broaden the implications of the “maternal immune activation” model of autism. This model grew out of research showing that maternal infection during pregnancy predisposes to autism. This includes evidence that inflammation from the infection can disrupt the normal function of immune molecules (microglia) in the brain during critical stages of early development.

Dr. Bilbo presents strong evidence that this immunological disruption in early brain development can likewise be caused by prenatal exposure to air pollution and other causes of inflammation in the mother, including obesity (an inflammatory condition) and stress (due to violence, poverty, etc.). 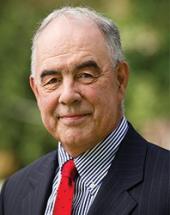 “This type of translational neuroscience research provides testable hypotheses that can link seemingly unrelated environmental factors to altered brain pathways in ways that may be quite helpful in developing preventive interventions for infants at risk for autism,” comments Joseph Coyle, M.D., of Harvard Medical School and director of the Laboratory of Psychiatric and Molecular Neuroscience at McLean Hospital.

“The remarkable advances in our understanding of autism’s complex genetics – made possible by increasingly powerful whole genome studies – capture a lot of attention these days,” Dr. Coyle adds. “It’s important that we not forget that environmental factors account for at least 20 percent of the influences underlying autism.”

These three 2018 reports provide important updates to our estimates of autism’s increasing prevalence and make clear that autism should no longer be considered a rare condition.

The first represents the biennial update of autism prevalence by the Centers for Disease Control and Prevention (CDC). Based on an analysis of 2014 educational and medical records, it found an autism rate of 1 in 59 children – a 15 percent increase from the rate of 1 in 68 reported two years prior.

The other two studies used parent-reported information from the 2016 National Survey of Children’s Health, which estimated autism’s prevalence at 1 in 40 children. These two reports also delved into parent reports of their children’s health needs and access to services.

“For me, two very important take-home messages were that parents of children with autism reported greater healthcare needs and challenges compared parent of children with other conditions,” says Stelios Georgiades, Ph.D., co-director of the McMaster Autism Research Team, at McMaster University and Hamilton Health Sciences, in Hamilton, Ontario. “Almost one third of the children with autism were not receiving behavioral or medication interventions. Moving forward, it will be important to examine – at a national level – the facilitators and barriers for timely access to appropriate and comprehensive autism interventions and related health services for children and families living on the spectrum.”

“This study gave us important new information about the highly variable development of autism symptoms and their severity among very young children. “Most importantly,” Dr. Georgiades says, “it suggests that these early differences in symptoms – both between children and in an individual child over time – do not necessarily determine ultimate developmental health and function.” This variability is crucial for clinicians to keep in mind when parents of young children with autism ask what the future holds for a recently diagnosed young child. [Editor’s note: Dr. Georgiades and his colleagues recently coined the term “chronogeneity” to reference such variable patterns of autism symptom variability over time.]

Advances in the genetics of autism

In this study, an international team of researchers discovered a previously hidden type of genetic change associated with autism – deleted and duplicated DNA sequences in the still-mysterious “noncoding” region of the human genome. (This region makes up 98 percent of our DNA and lies outside the 2 percent of our DNA that makes up our genes).

The discovery was made possible by tapping the combined power of two large whole genome databases for autism – the Simons Simplex Collection and the Autism Speaks MSSNG Whole Genome Sequencing Project – in order to analyze more than 9,000 genomic sequences from families affected by autism. 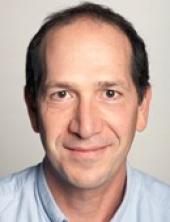 “These unexpected findings broaden our appreciation for the enormous diversity of ways that autism develops, and in doing so, hold promise for the development of personalized therapies and services,” says Joseph Buxbaum, Ph.D., director of the Seaver Autism Center, Icahn School of Medicine at Mount Sinai “This study also illustrates the importance of the detailed, comprehensive research made possible through whole genome sequencing.”

Studying postmortem tissue, Michael Gandal and his colleagues at the University of California, Los Angeles, found remarkable overlap in the gene-expression patterns in the brains of people with autism, schizophrenia or bipolar disorder. These commonalities included unusually high gene activity in the brain’s immune cells (astrocytes and microglia) and depressed levels of gene activity associated with the connections (synapses) between the brain’s nerve cells.

The study is the first to use gene-expression patterns to show commonalities and differences between autism and two associated neurological disorders. Schizophrenia affects up to 35 percent of adults with autism; bipolar disorder, up to 27 percent.

“This study provides new insights into the molecular changes and pathways that contribute to autism and some of its associated neurological conditions,” Dr. Buxbaum comments. “It gives us new leads on what may be causing these conditions and why they tend to co-occur. Ultimately, I see the promise of improved, personalized treatments that support the healthy function of these broad brain pathways.”

Science News
Autism Speaks funds ECHO Autism Primary Care to bring better autism screening and care to your doctor’s office
We're Here to Help Chat with Us
Autism Response Team Chat
There are no available agents at the moment. You can also reach the Autism Response Team by phone or email: 888-288-4762, en Espanol 888-772-7050, or familyservices@autismspeaks.org.