This guest post is by Ryan Lee. To view his last post about his struggle with Autism click here How I learned to accept my autism and love myself. The purpose of this speech to let everyone know that autism does in fact have a voice. 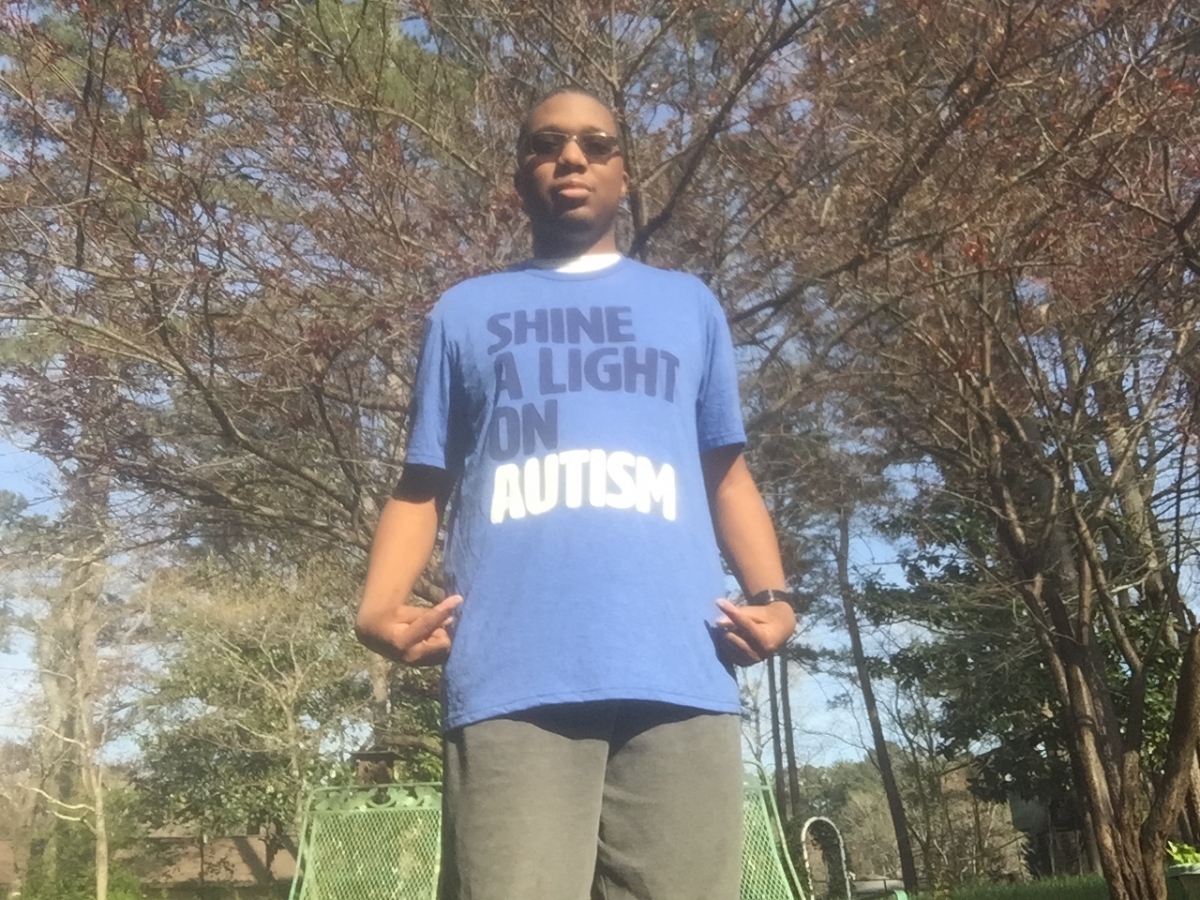 Autism is a concept that people need to be more aware of. Millions of people are affected by it worldwide. Autism affects an individual’s ability to socialize and communicate. There are people who will treat those on the spectrum as if they are not human like everyone else. For those on the spectrum it can cause social anxiety and cause them to hide themselves. The pressure of trying to fit into society or trying to be what society wants can be so overwhelming.

Sometimes people are expected or feel like they need to wear a social mask in order to fit in, causing them to seek the approval of others. Not only do kids in middle school and high school feel this pressure, but adults do as well. Some people on the spectrum cover up their flaws with a persona because they’re afraid people won’t like them. Everyone has different expectations, but by pleasing one person you are neglecting what is best for yourself. You need to know that your persona or social mask isn’t you. If you wear it too often, you can lose track of your real personality behind it. There should more places like the YMCA where people should be able to take off their masks and be themselves and get to know themselves by being around others that are acting true and real which allows you to be yourself. Dropping your mask can be challenging but you don’t want to confuse your persona with the real you. For me, when it comes to socializing I admit sometimes I can get intense and carried away, but I love to make new friends and make a connection with people. All it takes is patience and understanding. We can’t turn our emotions off because that’s like asking to turn our humanity off and that’s impossible, but we can find ways to manage them.

It can also be a difficult time in the workplace for those on the spectrum. There are some customers or coworkers that might bully someone with autism by calling them names and bringing them down. They don’t deserve to be bullied and they will make mistakes just like anybody else would. The way some autistic individuals are treated harshly can say a lot about our humanity's lack of understanding. There is also the horrible ways autistic individuals are taken advantage of when they find it difficult interpreting others’ motives and may cause them to misjudge relationships. For example, in “The Good Doctor”, the main character Shaun Murphy who is autistic was befriended by his neighbor Kenny. Even though Kenny has provided general companionship for Shaun, Kenny took advantage of Shaun by eating his food and using his cable. In Season 1 episode 17, when Shaun brought a pizza to Kenny’s apartment, Kenny was holding a small March Madness party and didn’t even invite Shaun, plus he “borrowed” Shaun’s TV without asking and rejected Shaun’s company because of Shaun’s “quirks” with other people. Kenny then took Shaun’s pizza and shoved Shaun out the door. No good person deserves to be treated like that.

Regardless of those on the spectrum like me seeing and thinking things differently especially when it comes to social cues, we are capable of having thoughts, feelings and emotions like anybody else. There are those with disabilities, even those who are nonverbal, who feel like they don’t have a voice. I’d like to become one of those voices for those who have no voice. Autism is NOT a disease or an illness; it makes us who we are. It’s a different way of thinking, feeling and living and I speak for everyone who is on the spectrum.  It’s time to bring more awareness and acceptance of autism in this world; overall, it’s time to listen.

"Success is not final, failure is not fatal: it is the courage to continue that counts" --Winston Churchill

Blog
10 things the autism community wishes you knew
We're Here to Help Chat with Us
Autism Response Team Chat
There are no available agents at the moment.