This blog post was written by Hannah Louise Belcher, a PhD student at Anglia Ruskin University. She writes the blog www.aspertypical.com. Do you have a story to share for our “In Our Own Words: Living on the Spectrum,” series? Email us at InOurOwnWords@Autismspeaks.org. 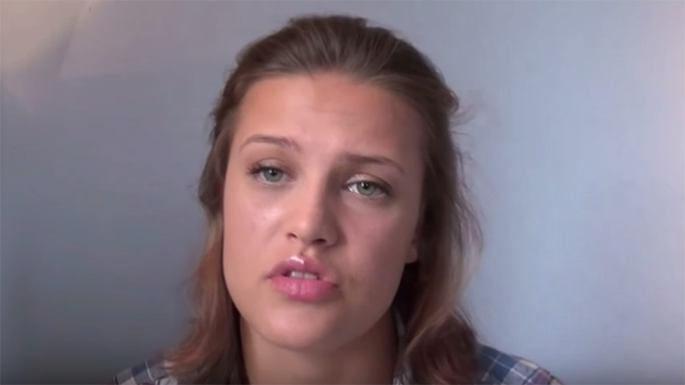 At the beginning of summer this year all had gone quiet at my university, and consequently on the research front too. I am a PhD student currently in the midst of analysing a large scale study looking at the prevalence rates of missed diagnosis in females. I am a creative at heart, so as much as I enjoy number crunching, I need a creative break every once in a while. I started to think of ways I could really show people what female autism was and what it was really like to have.

I was diagnosed with Asperger’s Syndrome myself when I was 23, and although I could find very little research aimed at females like myself, I was in good company online. Us women all seemed to have similar profiles. We all looked reasonably normal on the outside, we all function at work, with our friends and families, we were all excellent social mimickers, we all had obsessions with things like people, books, photography, and animals, and we had all suffered from some form of mental illness. It was actually due to my own mental illness that the idea of a video and the energy to make it was possible.

I was in a manic bipolar phase at the time when the idea came to me, and subsequently I was able to spend hours developing the idea and producing the actual video. I put out a request on my blog, Aspertypical’s Facebook page, asking for any women who would like to take part. I certainly wasn’t expecting as many to come forward as they did, or for the footage they provided me with to be so well articulated and fascinating to watch.

Initially I had planned for the video to include a couple of women (including myself) and last around 5 minutes. I was first contacted by the mother of the little girl, Hanna, who appears at the beginning and end of the video. This little girl really liked filming herself and couldn’t wait to be filmed for the documentary. We met up in a park and I filmed her for around 5-10 minutes telling me all about how she feels different and what she loves doing most; organizing parties! Seeing her insight and energy spurred me to expand the project wider, and to make a much longer film.

The women were all asked to answer a set of questions, but also to talk about whatever they liked or whatever they felt was relevant. I wanted them to film themselves to give the video a personal vibe and also so they could use the experience a bit like writing in a diary; several found the experience of reflecting on their journey very emotional. All the women provided very similar answers to the questions, which was really fascinating and made putting the video together an incredibly easy job.

There is so much more footage that I would have liked to include, and I hope to make a follow up to this video soon. I am very proud of all the women who took part and for being brave enough to share to the world their experiences. I hope the result is that other women will see the video and not feel quite so alone.

Have a story you want to share for our “In Our Own Words: Living on the Spectrum,” series? Email us at InOurOwnWords@Autismspeaks.org.

Podcast
Adulting on the Spectrum: Golden retrievers and simple rules to be an advocate

Podcast
Adulting on the Spectrum: Start of autism advocacy

Blog
Autistic people like me just want a chance to succeed
We're Here to Help Chat with Us
Autism Response Team Chat
There are no available agents at the moment.