I was bullied because I was different, here is my advice

Ethan Hirschberg is a seventeen-year-old on the autism spectrum. He started a blog called The Journey Through Autism where he shares his personal experiences, insights, and advice.

I had worked up the courage. I was finally going to ask my fifth-grade peers if I could join their basketball game during the afternoon lunch period. Asking to join a game seems like a reasonable thing for a child to do; however, the act of me even approaching the boys to ask was a personal success. After all this time, I finally thought that I could be “normal” by playing with the “normal” kids. Hands trembling, I walked up to the basketball court and waited for them to notice me. One of the boys approached me and I asked him if I could play. 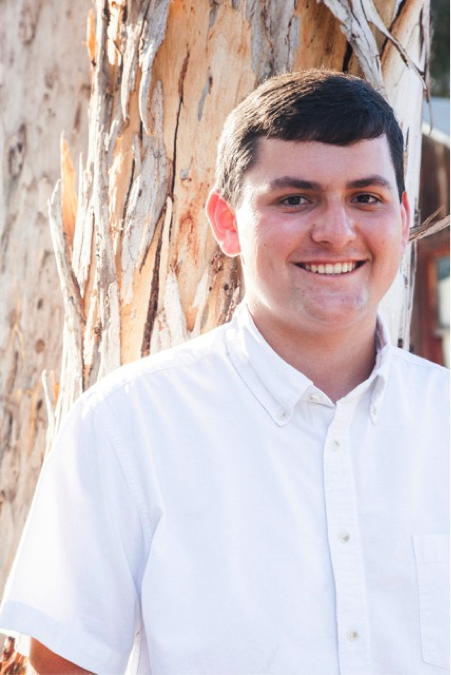 The boy responded by grabbing either side of my head and smashing it into the metal basketball pole. I distinctly remember the shooting pain that came over me shortly after, throbbing within my head. What I remember even more is the laughter of all of the other boys on the ball court. I still hear it to this day, ringing in my ears. The laughter and brutal teasing that I endured throughout elementary and middle school hurt more than the bruised bump that I had on my head.

That night I cried myself to sleep, asking myself “Why me?”. Even now, thinking about this bullying incident along with all of the other ones, I still cry.

Most of the verbal teasing incidents that I have experienced over the years were brought on by these issues: stimming, stuttering, acting differently than others, public meltdowns, etc. Peers used to mock me by imitating my stims. For example; if I were touching the ground (one of my previous stims), some kids would come near me and repeatedly touch the ground. Sometimes people would mock my stuttering. If I ever had a meltdown, peers would call me a baby and tease me even more. All of this was because of one major thing: I was different. But what’s wrong with being different?

During my elementary and middle school years I was bullied hundreds of times. No matter how many times I was bullied, it never got easier. It’s not something you get used to. I would not wish this on any person. Being bullied is the worst feeling in the world. Honestly, I sometimes ask myself how I was able to get through these difficult years of my life.

Bullying is something that many people face on a daily basis. I’ve been one of those people. I have specifically been targeted due to my autism and have been the victim of countless cruel acts that were meant to bring people down. High school, however, is an entirely different story. I am happy to say that I have not been bullied in over two years! Due to a change of perspective, a different educational culture, and a couple of friends by my side, I am able to live my life without the fear of being bullied.

Certainly, the bullying didn’t magically stop once high school started! There are three tactics that were implemented in order to eliminate the bullies. First, many students on the spectrum don’t know the difference between appropriate and inappropriate behavior from peers. They need to be taught a full curriculum about what bullying looks like, and then how to self-advocate and get help. My parents taught me how to advocate for myself, which empowered me to stand up to bullies. Secondly, I went (and still go to) an amazingly accepting high school. The high school that I attend is known for having a very accepting culture of all differences in general. This was a good start, however, I went even further and helped create a more autism aware and friendly community by sharing my story. Lastly, students at my high school looks out for one another. The whole “see something, say something” movement encourages us to stand up for one another.

Individuals with autism: Please know that no matter how hard it gets, things do get better. As you can see with me, there’s always a light at the end of the tunnel.

Students: please keep a watchful eye on students around you. Many suffer in silence and people with autism aren’t the best at communicating their needs.

Teachers: please maintain a zero tolerance policy on bullying and do not make light of small instances; they often grow into bigger problems.

Blog
Reflecting on my nonspeaking autistic son's 40th birthday
We're Here to Help Chat with Us
Autism Response Team Chat
There are no available agents at the moment.