I finally understood why I felt different after my autism diagnosis

This guest blog post is by self-advocate Patricia Powell. 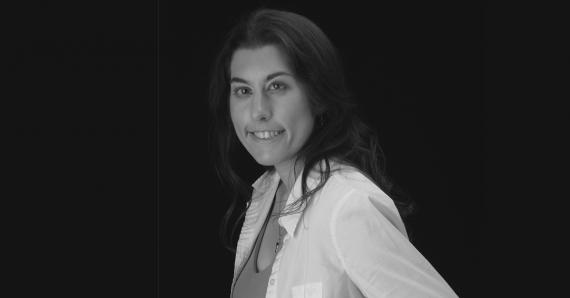 Growing up, I had few friends. Life for me was all about going to school and church, following the rules, and not understanding what was socially unacceptable. I kept to my own beliefs and values and was often judgmental toward others’ views when they didn’t line up with my own. Unfortunately, because I didn’t understand life the way my peers did, I was bullied from elementary school to high school, which eventually left me with a lot of emotional scarring.

In my sophomore year of high school (back in 2001), and after continued trouble with math despite extra help from a tutor, my parents took me to a psychologist who diagnosed me with an autism spectrum disorder. After being told that I had Asperger syndrome (which is now rolled into an autism diagnosis), once my mom had taken me home, I remember sitting on my bed and crying. I had felt like I was such a disappointment to my dad because I was no longer the ‘good kid’ without any issues. Instead, I now had this syndrome I had to deal with. It was the explanation for why I didn’t understand life the way others did. It was why I took things said to me too literally and didn’t grasp concepts that my peers easily understood.

With my diagnosis, I now had a clear-cut reason for why I was so different from my peers, and especially why they treated me the way that they had. Unfortunately, this new revelation in my life didn’t make it any better, or easier. Instead, it just made me question God. It made me question why He had created me with something that made me so different from everyone else, and it had led to me suffering from depression all throughout the rest of my high school years. The loneliness I received as a byproduct of it even caused me to contemplate suicide.

Despite the intermittent sadness, I continued to survive my life. I embraced new experiences by moving out of my home state of California. At first, it was just for school (I achieved my bachelors from Southwestern College in KS), and then, eventually, it became permanent.

On August 18th of 2012, God brought me to Nashville, TN through a part-time job with AmeriCorps. After becoming a resident, and with God’s perfect timing, I was introduced to The Eden Gate (now known as The Local Church). As a regular attendee, and after becoming friends with other members, I eventually found myself experiencing God’s love for the first time. Through The Local Church, I began to not only understand my true self-worth in God’s eyes, but eventually, why He created me the way that He did. Instead of just surviving my life, I began living it by becoming a committee member for Autism Speaks’ TN Walk, joining the Junior League of Nashville, volunteer facilitating for Autism Tennessee’s Teen Transition Skills program, and co-leading Nashville’s Autism Peer Support Group, to name a few.

I no longer think negatively when it comes to the struggles I’ve had with Asperger’s Syndrome. Instead, I have learned to embrace God’s craftsmanship, even when I have moments of sensory overload. I believe that God creates each person the way they are for a reason and He doesn’t make mistakes.

After doing a 180 with my attitude toward Asperger’s Syndrome, I believe God has used my testimony to not only encourage others who’ve had, or are having, similar life experiences I have faced, but to also bring hope to those who desperately need it. In fact, back in 2006, I wrote a book entitled, Cowboy Dreams. After having it critiqued in 2016, it was suggested that I give my main female character my Asperger’s Syndrome as a quality. Once I infused its traits into her, it became a cathartic experience for me and made me realize that I can be an advocate for others.

Asperger’s Syndrome doesn’t make me worth less as a person like I used to think, instead it just makes me different, and unique, and that is a much more powerful perspective to have.

Blog
My son may be different, but we're all different
We're Here to Help Chat with Us
Autism Response Team Chat
There are no available agents at the moment.