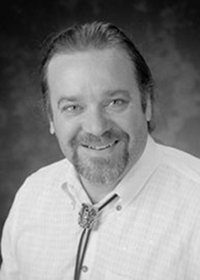 Many of us want to see Autism Speaks focus on cutting-edge environmental research. Can you give us a recent example?

Our project investigates environmental exposures that may influence the development of autism spectrum disorders (ASD). While the causes of autism remain unknown, most scientists agree that genetic susceptibility and environmental triggers both play roles. Many different toxic agents in the environment could act as triggers. However, we know that bodies vary in their ability to detoxify these chemicals. This is one reason why only some of those exposed to a toxic substance suffer lasting harm.

As scientists, we face an even bigger challenge in understanding which environmental exposures affect autism risk. To do so, we need to measure exposure to these substances during critical periods of brain development – primarily during pregnancy and shortly after birth. This is difficult because a year or more will have passed between the exposure and autism’s first symptoms.

Another option has been to look for trace amounts of these chemicals in blood, hair or nails. Unfortunately, these body tissues are short lived. This means they’re useful for detecting only recent chemical exposures. They’re not particularly helpful for making conclusions about exposures during a past pregnancy.

We are currently studying another method – analyzing baby teeth, also known as “deciduous” teeth. It’s like looking through an archeological record. The enamel of certain baby teeth begins to form during prenatal development. Throughout early development, the enamel absorbs chemicals circulating through the baby’s body. The chemicals remain in the enamel layers. This gives us an objective look at which environmental toxins were present during brain development.

Our laboratory has pioneered methods for extracting several types of semi-volatile chemicals from baby teeth without destroying the compounds in the process. Semi-volatile organic chemicals include many pesticides, plasticizers, air pollutants and certain types of medicines and additives. Emerging evidence suggests that they may contribute to the development of autism in susceptible individuals.

However, because of their “semi-volatile” nature, these chemicals tended to be destroyed in the process of identifying and measuring them. That recently changed. Advances in technology and lab techniques now allow us to accurately measure these substances without destroying them.

Already, we’ve detected a variety of these chemicals in baby teeth. Eventually we’ll determine whether baby teeth from children with autism have greater concentrations than do those from typically developing children. We are currently enrolling families to participate in our study through the Interactive Autism Network.

Autism Speaks is funding the research we need to perform to validate our techniques and findings. These analyses could then become useful to many future studies. One of these would look at genetic vulnerabilities to specific compounds we’ve detected in baby teeth.

I’d like to mention several people playing pivotal roles in this effort. David Camann heads our chemical lab. Other members of our team include dentist-epidemiologist Steven Schultz and allergist-environmental scientist Claudia Miller.

News
Announcing Autism Speaks Science Digest (the relaunch)
Science Blog
Investigating autism's environmental risk factors
News
What is epigenetics, and what does it have to do with autism?
Expert Opinion
Prenatal ultrasound and autism: What you need to know
Expert Opinion
Are you born with autism or does it develop?
Expert Opinion
Pregnant mom seeks advice on reducing toxic exposures
Expert Opinion
Autism, Old Grandpas and Mom's Childhood
Expert Opinion
Breastfeeding and Autism Risk
We're Here to Help Chat with Us
Autism Response Team Chat
There are no available agents at the moment.