What Does Babbling Mean in Non Verbal Autism? 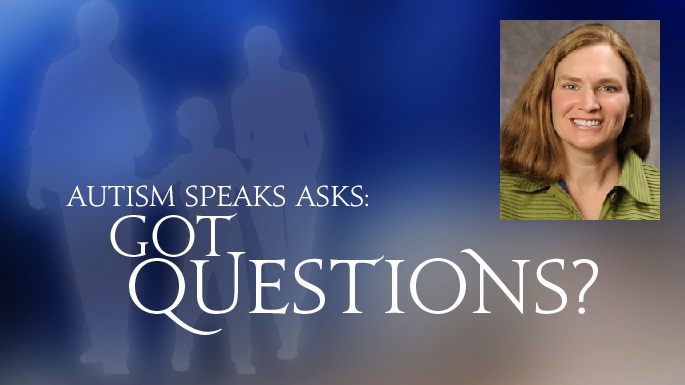 Today’s “Got Questions?” response is from speech-language pathologist Barbara Braddock. Dr. Braddock practices at the SSM Cardinal Glennon Medical Center of the Saint Louis University School of Medicine. The center is one of 14 sites in the Autism Speaks Autism Treatment Network (ATN). 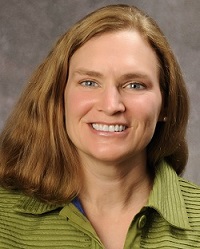 “What does babbling mean in an otherwise nonverbal person with autism? Does it indicate that the person is trying to express something? Does it suggest a potential for developing speech?”

Thanks for your question. Babbling, in and of itself, doesn’t represent meaningful words.

In infants, babbling is motor "practice" for speech. We observe babies practicing movements such as opening and closing their mouths, moving their tongues from high to low and front to back. Researchers have found that when typically developing infants babble, they also make repetitive, rhythmic movements with their hands and limbs. They will bang and shake objects and swing their arms as they babble in cadence. We know that these coordinated rhythmic activities are important to the early development of language.

I don’t know the age of the person you are asking about. If he or she is already diagnosed with autism, I’m assuming at least 2 years old, perhaps even a nonverbal adult.

Sometimes people with autism produce long strings of nonsensical speech sounds. We call this “jargon.” It can sound like the person is trying to express something because jargon is often produced with an adult-like intonation pattern. However, jargon is not easily interpretable. Many nonverbal individuals with autism produce jargon as a repetitive, self-stimulatory behavior. Typically, this type of jargon is not directed toward another person.

On the other hand, in cases of speech-language delay, a child’s babbling may indeed represent the precursors to speech. Thanks to research, we now know that the majority of nonverbal 4-year-olds with autism will go on to develop spoken language. In these studies, the nonverbal preschoolers most likely to develop speech were those who showed relatively strong social engagement and did not have intellectual disability.

In particular, we’re encouraged when a nonverbal child with autism babbles with coordinated eye gaze and/or gestures directed toward another person. We want to foster this type of babbling in meaningful social-communication exchanges. If this is the case, I encourage you to work closely with your child’s speech-language and developmental specialists to optimize these interactions.

It’s particularly encouraging when we see a child with autism use babbling to engage another person’s attention or respond to that person. Similarly, when a child intersperses meaningful words with jargon, this can suggest emerging speech.

A speech therapist can work with you on an intervention plan for your child that encourages social communication. Together you can set goals that foster both language understanding and meaningful speech in social contexts. Assistive and alternative communication devices can also be helpful.

Many children with autism are less apt to “practice” sound-making on their own. In general, they tend to be less captivated by social exchanges. This is why it’s important to work with a therapist to foster these activities and skills.

We want to hear a variety of sounds, such as grunts, cooing, raspberries, squeals, vowels and consonants. These sounds are important in the development of speech and are often precursors to well-formed syllables.

We will work with parents to set up play opportunities that increase opportunities to practice speech while encouraging social interaction. We believe games and routines around people and objects are important for ongoing speech development. Imitation of mouth and hand movement may be especially important in developing more advanced play and communication skills.

If you have more questions, we hope you’ll leave a comment below or email us again at GotQuestions@autismspeaks.org.

Editor’s note: The above information is not meant to diagnose or treat and should not take the place of personal consultation, as appropriate, with a qualified healthcare professional and/or behavioral therapist.