We’re having difficulties with a new stim [sensory stimulating behavior] that our seven-year-old has developed. He’s snorting. It’s deep and from the back of his throat. It started when he had some sinus drainage. That’s gone, but he still snorts constantly both at home and at school. I suspect he enjoys the vibration it makes. But it sounds terrible, and we’re getting complaints. We have no idea how to curtail or replace this behavior. 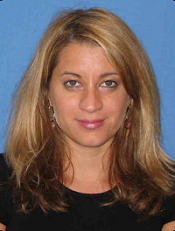 This week’s “Got Questions?” post is by occupational therapist Moira Pena, of Toronto’s Holland Bloorview Kids Rehabilitation Hospital. The hospital is one of 14 centers in the Autism Speaks Autism Treatment Network (ATN).

Thanks for your question. I suspect that you’re correct in thinking that there is a sensory stimulation element to this new behavior.

However, it’s important to first rule out other potential causes with the help of a medical professional. Here are some of the possibilities to investigate:

Could the snorting be due to a medical problem?

Though you mention that your son no longer has obvious sinus drainage, it’s so important for a qualified medical professional to evaluate your son to rule out any persistent physical problem.

Could the snorting be a tic?

By definition, tics are involuntary responses beyond a person’s control. Tics can appear abruptly and take various forms. Familiar examples include facial twitches, compulsive blinking and unusual neck movements. Tics can also have a vocal component such as snorting, sniffling, throat clearing and unusual sounds. Typically, a tic has no clear trigger. The child (or adult) feels a compulsive need to engage in the behavior and typically feels quite frustrated by the inability to stop it. If you or your son’s doctor suspects a tic behavior, a referral to a neurologist may be the next step.

Could the snorting be driven by anxiety?

We know from research that many children with autism also suffer from an anxiety disorder. Repetitive and self-stimulatory behaviors can be a self-soothing response to the stress they feel. From my own practice, I recall a teen with autism who started hiccupping in stressful anticipation of social situations. His hiccupping and other anxiety symptoms only worsened if he tried to stifle the hiccups. If you or your son’s doctor suspects underlying anxiety, a referral to a psychologist or psychiatrist may be in order.

If you sense that your son simply enjoys the snorting on some level, then it may very well be a pleasurable form of sensory stimulation. As an occupational therapist who specializes in autism, I frequently help children with sensory stimulation behaviors that interfere with their daily lives.

The kind of snorting you describe is both common and particularly challenging to manage. So while I hope my tips are helpful, I want to make clear that they’re no substitute for a personalized therapy program with your son working one-on-one with an occupational, speech or behavioral therapist.

Also please keep in mind that sensory-stimulating behaviors serve an important purpose. From your question, I see you understand the need to find a replacement behavior to meet your son’s sensory needs.

Here are some strategies that may help reduce the frequency and intensity of the snorting:

I encourage parents to keep a log that notes when and where a problem behavior tends to occur. See the example behavior log below. You can download a full-size copy from the “Team Up for Families” website. 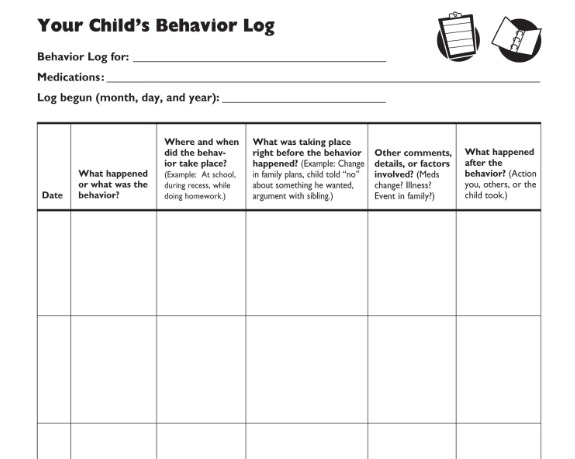 Here are some important questions that a behavior log can help answer:

Some children don’t realize that they’re engaging in a disruptive behavior such as snorting. Or they don’t realize how disturbing it is to other people. If you suspect this is the case, you have several options to increase your son’s awareness.

Whatever format you use, I recommend sharing the social story with your son several times a day. You can discuss how the boy in the story feels at different stages of his journey – and how his family and classmates feel, too.

Toning down the behavior and finding substitutes

Here are some tips for finding a replacement behavior to meet your son’s need for sensory input and/or turning down the volume and frequency of his snorting. 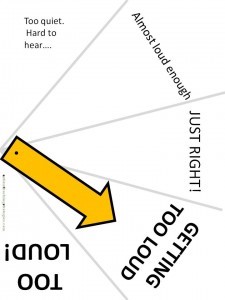 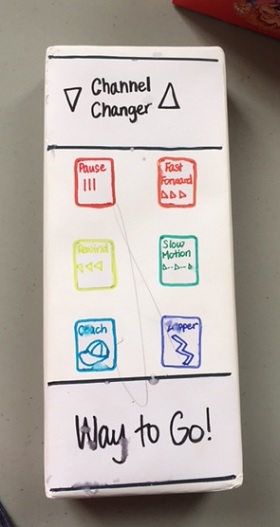 I hope these tips and insights prove helpful.Please let us know how you and your son are doing by emailing us again at gotquestions@autismspeaks.org.

Autism and mealtime: A therapist’s top ten tips for success 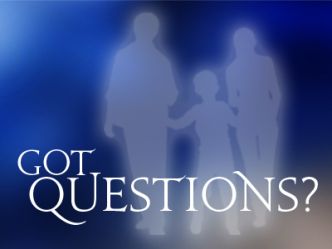 You can also contact the Autism Speaks Autism Response Team (ART). ART members are specially trained to connect families with information, resources and opportunities. They are available to answer calls and emails from 9am to 1pm local time.
Call (888) 288-4762
En Español(888) 772-9050
Email us!