Recognizing and treating apraxia of speech 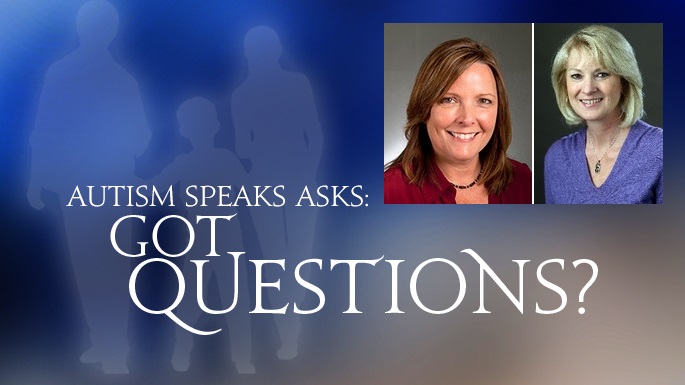 “I’ve read that apraxia affects many children with autism. How can I recognize if my child has this issue? If she does, what kind of therapy should she get and what can we do at home to help her?” 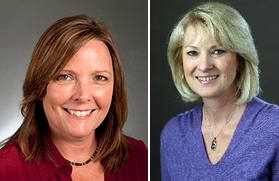 This week’s “Got Questions?” answer is by speech-language pathologists Gina Blume (left) and Donna Murray. Ms. Blume works at Cincinnati Children’s Hospital Medical Center. The hospital is one of 14 sites in the Autism Speaks Autism Treatment Network (ATN). Dr. Murray is the ATN’s senior director.

Thank you for your question. You may be referring to the recent report that speech apraxia – a relatively rare disorder – affects up to 65 percent of children with autism. The report’s authors urge that any child being screened for one disorder also be screened for the other.

So what would tip you off that your child may have speech apraxia? Children with apraxia have difficulty coordinating the use of their tongue, lips, mouth and jaw to produce clear and consistent speech sounds. So each time they say a word, it may sound different. Because of this inconsistency, it can be difficult for even parents – who know their children’s speech idiosyncrasies – to understand the child.

Even for specialists, it can be a challenge to determine why a child is having difficulty speaking. This challenge is made more complicated when he or she has a developmental disorder such as autism that likewise involves communication challenges.

What to expect in the evaluation

During the evaluation, the speech-language pathologist will also assess a child’s oral motor strength and movements. This involves evaluating the movements of the jaw, lips and tongue. He or she may ask your child to swallow, move her tongue, pucker, smile, lick a lollipop and so on, while checking the coordination of muscle movements.

A thorough evaluation also includes assessments of a child’s hearing, verbal and nonverbal communication skills and ability to imitate and respond to instructions. The results of these evaluations can provide important guidance in the development of your child’s treatment plan.

Evaluating apraxia in children with autism

Keep in mind that evaluating apraxia in a child with autism can be particularly challenging. So the assessment may require a few sessions, in order to avoid overtaxing your child. We’re particularly cautious when evaluating children too young or developmentally challenged to fully participate in the many small tasks that are part of the evaluation. Typically, we need children to have at least some speech in order to hear and see if they have symptoms of apraxia.

We also want to see how they respond to different types of intervention strategies. For example, will the child respond to a therapist asking for imitation? In particular, will the child listen attentively while watching the therapist model mouth movements? These questions are particularly important for planning a therapy program for a child who has both autism and apraxia.

Once a speech-language pathologist has diagnosed apraxia and developed a personalized treatment plan, a variety of professionals – including speech and occupational therapists - can help with various parts of the intervention program. As a parent, you will also have an active role to play.

We know from experience that this approach seems counter-intuitive to many parents. Some worry that such supports and devices will become a substitute or barrier to speech. The good news is that studies have shown just the opposite. Alternative methods of communication encourage speech – perhaps because they give children a means of communicating while they are working on their verbal skills. In our own practices, we’ve seen how connecting a picture and a word helps nonverbal and minimally verbal children understand and use words.

Another approach involves visual gesture cueing. The parent or therapist touches his or her mouth while saying a sound. For example, we would place the index finger in front of the lips and move it away while saying the “p” sound. The cue draws the child’s attention to how the lips form the sound.

We’ll use more than one cue while saying a word to show the differences in sounds within a word. The combination of visual and verbal cues increases the child’s focus, understanding and ability to imitate or say words.

This is particularly helpful for children with autism, who tend to be visual learners. However, it does require that a child be able to pay attention to cues and imitate them.

With this and related approaches, it’s important to start with a core vocabulary. A core vocabulary consists of ten to twenty words that the family and therapist select together. They chose the words based on everyday use ( e.g. “mom,” “dad”), importance to the child (e.g. “train” or something else the child loves), function (“eat,” “go,” etc.) and ease of imitation (depends on the child’s skill level).

In therapy, your child will practice saying these words during structured activities. At home, you’ll use these words as your child encounters the object, person or action throughout the day.

As with any new skill, repeated practice is the best way to improve performance and independence. At first your child may need your help to say a word. Then gradually, she learns to say it independently of your prompts. Then we introduce a new word to build a phrase, and so on.

Typically, speech therapy for apraxia will include a combination of all these approaches.

What you can do

If your child is diagnosed with apraxia, there are many strategies for you to use at home.

For older children, use your phone or electronic tablet to record words that are part of the core vocabulary. This can include an accompanying video clip with you pointing to your mouth as you say the word slowly two times. We suggest making a folder on the phone or tablet, so your child can look at it with you or independently.

We hope this information is useful. For more on apraxia, we also recommend:

Apraxia Kids, the web portal of the Childhood Apraxia of Speech Association of North America

Childhood Apraxia of Speech, by the American Speech-Language-Hearing Association

Childhood Apraxia of Speech: References, by the American Speech-Language-Hearing Association