Prenatal ultrasound and autism: What you need to know 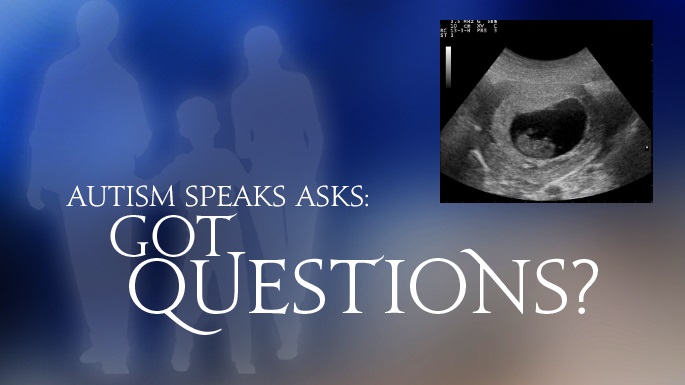 I’ve seen reports about first trimester ultrasound exams being associated with autism. My obstetrician has ordered one. Should I be concerned?

Thank you for your question. You may be referring to the news headlines that followed a recent study about ultrasound and autism symptoms.

It’s unfortunate that splashy headlines often fail to put scientific findings in context. The new study found an association between ultrasound in a woman’s first trimester and the severity of autism symptoms in children who have a genetic predisposition to the disorder. The context that’s so important here is one of “correlation versus causation.” Two things – such as ultrasound in the first trimester and autism – can have a tendency to occur together (correlation) without one necessarily causing the other (causation).

In the wake of those recent headlines, experts have pointed out that a doctor ordering an ultrasound might be doing so because of concern about a medical condition that could affect the baby’s development. So the common denominator here may be a health problem during pregnancy – not necessarily the ultrasound itself.

Researchers have been studying ultrasound during pregnancy for more than 30 years. In that time, they’ve not found any consistent evidence of health risks associated with the procedure – in either the baby or the mother. However, it’s true that doctors are ordering prenatal ultrasound exams more frequently in recent years. More concerning to me, we’re now seeing them being done in routine pregnancies – when there is no known medical concern.

Or, as mentioned earlier, there may be some underlying common factor – such as concerns about the baby’s development – that increase the likelihood of both an ultrasound being ordered and the baby having a developmental problem such as autism.

In that context, you might want to discuss two things with your obstetrician:

In conclusion, one study rarely answers our medical questions. For now, I think it’s premature to conclude that prenatal ultrasound causes harm. Rather, this issue deserves further study to clarify future recommendations.

ART members are trained to connect families with information, resources and opportunities. They are available to answer calls and emails from 9am to 1pm local time.
Call (888) 288-4762
En Español(888) 772-9050
or email us at familyservices@autismspeaks.org