New study on health risks of risperidone: Your questions answered 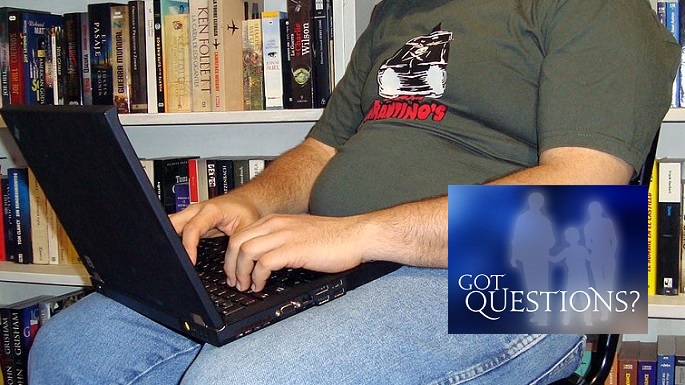 It can be an agonizing problem for families grappling with serious behavioral problems in children with autism spectrum disorder (ASD): Risperidone and aripiprazole are the only FDA-approved behavioral medicines for children on the spectrum. Both are associated with serious side effects. Of particular concern: unhealthy weight gain.

For some children with autism, behavioral therapy isn’t enough to reduce serious behavioral problems such as tantrums, aggression and self-injury. In some of these cases, parents and doctors turn to risperidone to reduce these problems and enable children to participate in education, social activities and family life – and even achieve a degree of independence as adults.

A new study in the Journal of the American Academy of Child and Adolescent Psychiatry confirms growing concerns that the weight gain associated with risperidone can have unhealthy consequences. These include significantly increased risk for insulin resistance and metabolic syndrome, which in turn predispose to diabetes, heart disease and liver disease. [Aripiprazole, which is also associated with weight gain, may be no different, but was not evaluated in this study.]

We asked lead study author Lawrence Scahill, of the Emory University School of Medicine and Atlanta’s Marcus Autism Center, to discuss how his team’s findings can help guide families and doctors – and how future research might open up safer and more effective treatment options. Dr. Scahill is a leading scientific expert on behavioral and pharmacological treatments for autism.

Autism Speaks: Did your study suggest that risperidone’s worrisome metabolic abnormalities stemmed directly from weight gain? Did it also suggest that the weight gain was due to increased appetite? Why was it important to answer these two questions?

Dr. Scahill: The chain of events seemed to go something like this: The child showed an increase in appetite early in treatment followed by increased daily intake of food. Many, but not all children, increased their intake of carbohydrates as well as other food groups. On average, the children gained about 15 percent of weight above their baseline weight over the 24-week trial.

Autism Speaks: In your report, you suggest that parents need clear guidance on diet and weight management when a child is prescribed risperidone. Who can provide such training and ideally what should it involve?

Dr. Scahill: The results of the study indicate that the prescribing clinician and clinical team should begin discussion of diet and food selection on Day 1 of treatment with risperidone. Parents can be told that risperidone is likely to cause an increase in appetite and weight can follow – depending on what the child eats.

Soda, sweet drinks, high calorie snack foods and the like should be removed from the home. Sounds drastic. But it's all about preventing the rapid weight gain. One more point here, the medication should be reserved for serious behavioral problems.

Autism Speaks: For the 24 weeks of your study, each child receiving risperidone was closely monitored by a clinician who evaluated behavior improvements and a physician who managed the medication. Why?

Dr. Scahill: We wanted the clinician to focus on whether the child was getting better [behaviorally] without talking about which treatment group the child was in (medicine only or medicine plus parent training). And of course we wanted to monitor the dose and side effects of the risperidone. That was the job of the study physician. Children were weighed at each visit, and parents were asked about appetite, sleep, activity level as way to learn about possible side effects.

Autism Speaks: In your study, how did you determine dosages for each child?

Dr. Scahill: By design, the medication dose was pretty much set by study Week 4. After that, there were only minor adjustments – often a decrease in medication to manage a side effect.

Autism Speaks: Is there any indication – from your study or others – that risperidone’s metabolic side effects worsen with the length of treatment? What about other side effects such as male breast enlargement and obsessive compulsive behaviors?

Dr. Scahill: It's probably more accurate to say that the metabolic problems are due to rapid weight gain. As noted, risperidone appears to spark increased appetite, which results in weight gain. The metabolic consequences observed in the study are similar to what we see in children who are obese but not being treated with a drug like risperidone. It’s well known that the health effects of obesity tend to worsen if the person remains obese.

It has been observed by many clinicians and researchers that risperidone can cause breast enlargement in boys and interfere with menses in girls. These side effects are probably due to increase in the hormone prolactin. Parents who are concerned with these side effects should discuss the matter with the treating clinician. We did not see these adverse events or increase in compulsive behaviors in this study.

Autism Speaks: Your study compared risperidone dose and side effects between a group of children whose parents participated in a parent training program and a group of children whose parents did not. What did the training involve? Did the parent training reduce the dose of risperidone needed to help a child? Did this translate into less weight gain or other unwanted side effects?

Autism Speaks: In your study, a small group of children (22 out of the 124 participants) did not experience increased appetite and weight gain with risperidone. What might be behind this difference?

Dr. Scahill: It is not clear why about 20 percent of the sample did not show an increase in appetite. We do know that the children without parent-reported increase in appetite gained weight at a slower rate and gained less weight over the study period. The take home message is to monitor appetite and weight as soon as the treatment is started.

Autism Speaks: During your study, twelve participating children switched from risperidone to aripiprazole because they did not appear to be responding to risperidone. Is there any indication that aripiprazole has fewer worrisome metabolic side effects?

Dr. Scahill: This switch was built into the study design. Available data suggest that aripiprazole is also associated with weight gain. We focused on risperidone because we had a large enough sample that could provide clinically useful information. Also, children who switched to aripiprazole had roughly eight weeks of exposure to risperidone. So either or both drugs could have affected weight gain in these children who switched to aripiprazole.

Autism Speaks: As both risperidone and aripiprazole are associated with weight gain, why did your team focus on risperidone?

Dr. Scahill: We have a long history of studying risperidone. We began in the late 1990s with a grant from the National Institute of Health. Risperidone was relatively new at the time. We were interested in the drug because we thought it would be an improvement over older antipsychotics for serious behavioral problems. The older antipsychotics caused certain types of neurological side effects in some children. So we were looking for alternatives. Our studies have shown that risperidone is less likely to cause these neurological problems.

In the first study, children with ASD and serious behavioral problems were randomly assigned to risperidone or a look-alike placebo. Investigators, parents and children were blind to whether it was the active medication or the placebo. After eight weeks of treatment, the children in the risperidone group showed a dramatic reduction in behavioral problems. There was little or no improvement in the placebo group.

After we showed that risperidone was superior to placebo for reducing serious behavioral problems such as tantrums, aggression and self-injury, we planned this second study. In this study, children with ASD and similar behavioral problems were randomly assigned to risperidone only or risperidone plus parent training [behavioral strategies to help curb problem behaviors] for six months. To help clarify our results, we avoided including children who had been previously treated with risperidone or whose parents had received prior training.

Autism Speaks: In your report, you suggest that we need more research into safer treatments for dangerous autism-related behaviors. What potential treatments do you see as most promising?

Dr. Scahill: As I mentioned, the older antipsychotics had shown some promise for treating serious behavioral problems in children with ASD. We thought the newer antipsychotic medications such as risperidone and aripiprazole would be an improvement over the older medications. And they are. But we need to move beyond this class of medications. We also need to think carefully about how to study new medications from early testing through large-scale randomized trials. For example, before we invest in a large-scale multi-million dollar study, we need to conduct small trials that identify promising results. These early studies might benefit from biological measurements such as EEG and heart rate variability, eye-tracking technologies and direct behavioral assessments in a laboratory setting. Although these approaches may not be practical in large-scale trials, they could be informative in small studies.

Autism Speaks: What can you tell families about medicines such as metformin that may blunt some of risperidone’s side effects in some patients?

Dr. Scahill:  I'm not crazy about using a second medicine to treat adverse effects of the first medicine – especially when the problem can be prevented. The best approach is to reserve the use of a medication such as risperidone for children with serious behavioral problems and to provide guidance on diet when starting the medication.

Autism Speaks: Do you think lack of access to high-quality behavioral intervention is driving overuse of behavioral medicines?

Dr. Scahill: Access to effective behavior therapy is a problem. In a recent NIH-funded study we showed that children age 3 to 7 with ASD and behavioral problems can benefit from parent training alone. So, in younger children, we can now say with confidence that it is right to start with parent training.

Autism Speaks:   How can research, our medical and education systems and public policy help address this challenge?

Dr. Scahill: The parent training study included 180 children. It is the largest randomized trial for a behavioral intervention in children with ASD. We are now looking for ways to implement parent training on a wider scale. On this point, we were delighted that the parent training paper published in the Journal of the American Medical Association was mentioned in Autism Speaks’ Top Ten of Autism Research Papers of 2015. Shining a light on this paper helps get the word out.