How Early Can Autism Be Diagnosed? 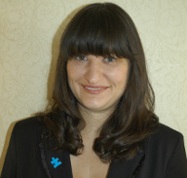 Is my 18-month-old son too young to be evaluated for autism?

This is a common question with a complicated answer because there can be a lot of variation in how and when the symptoms of autism become apparent. It’s never too early for a general developmental evaluation. According to the American Academy of Pediatrics, pediatricians should screen babies and young children for developmental delays at every checkup. Many of these delays – including the language and social delays associated with autism – can be identified at 18 months, if not earlier. (See Learn the Signs.)

Understand the Changeable First Year
As for autism, studies demonstrate that behavioral signs can begin to emerge as early as 6 to 12 months. However, most professionals who specialize in diagnosing the disorder won’t attempt to make a definite diagnosis until 18 months. This is because autism symptoms can continue to emerge – or fade away – until around 24 months. At that time, we say that an autism diagnosis tends to become “stable.”

To illustrate what I mean, consider the example of a toddler who is meeting all his or her developmental milestones at 18 months, but then begins to lose skills, or “regress.” In other words, autism can’t be ruled out at 18 months. Conversely some babies show early signs and delays, but than catch up with their peers by 24 months.

Recognize the Range
That said, some children can be diagnosed earlier than 24 months. I once saw a 14-month-old boy who wasn’t babbling, making eye contact or engaging in social games. He played only in a highly repetitive fashion. By the time he was 18 months old, his autism diagnosis was very clear, and he responded well to early intervention.

It’s also important to remember that many high-functioning children with autism aren’t diagnosed until they enter school and start struggling socially.

Trust Your Parental Instincts
Importantly, research shows that parents are good at picking up on early signs of autism. So if you’re concerned, ask your doctor for a referral to a developmental pediatrician or psychologist who specializes in the disorder. You can also get a free evaluation from your state early intervention program. To find who to call, go to the Autism Speaks Resource Guide, click on your state and then click on Early Intervention Services. Even if your child is too young to be assessed for autism, you can still request an evaluation for developmental delays. You can also use our free online autism screener for toddlers and take the results to your child’s doctor or early intervention provider.