What’s with the new research that links autism and genetic mutations with having an older father? My wife and I were in our 20s when we had our child. So were many of the people we know whose children likewise have autism.

Today’s “Got Questions?” answer is from geneticist Esther Berko, an M.D./Ph.D. candidate at Albert Einstein College of Medicine, in New York City, where she is currently pursuing genetics research as an Autism Speaks Dennis Weatherstone Predoctoral Fellow. 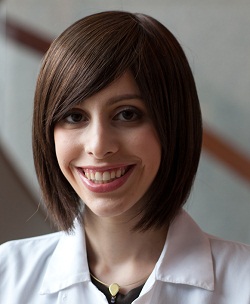 Now here comes the potentially confusing part. Though the risk of having a child with autism increases with parental age, the majority of children with ASD are, indeed, born to relatively young parents in their 20s and early 30s. Because the vast majority of children, overall, are born to younger parents, older parents would still have far fewer children with autism even if their risk is twice as high.

Many epidemiology studies have demonstrated this association between older parents and increased rates of ASD in their children. Some scientists found maternal age to be the main factor, while others pointed to paternal age. Additionally, studies differed in how steeply risk increases with parental age.

What’s important now is for scientists to move beyond demonstrating this association and use it as a springboard to consider a fundamental question:

What could be happening in the eggs and sperm of older parents that can help us understand potential causes of ASD?

Most recently, we saw a lot of media coverage over a set of papers that took us a step closer to answering this question. Published in the respected journal Nature, these studies found that persons with ASDs were more likely to have small problematic mutations in genes associated with autism and brain development. On average, the number of these DNA changes was higher in the children of older fathers.

This discovery suggests that genetic mutations – which are more common in older sperm but by no means exclusive to it – are a potential contributor to the development of ASD. The complexity of these findings suggests that many genes, along with other non-genetic factors, contribute to increasing the risk that a child will develop autism. These may well include influences that increase the frequency of problematic gene changes inside the sperm of older fathers.

It’s important to underscore why we are so interested in the genetic changes that predispose a person to autism. By identifying genes that are altered in ASD, we come closer to understanding which biological pathways are involved in autism and how they function. Also, once we’ve identified an “autism gene,” we can start studying related gene-environment interactions that may further increase or decrease risk.

Always, the hope is that this knowledge will lead to improved diagnosis, more targeted intervention and treatment options, and even opportunities for prevention.

My own research at Albert Einstein focuses on the link between maternal age and ASD. We are trying to discover what biological occurrences are common in older eggs and how these might underlie certain cases of ASD.

I’d like to sincerely thank Autism Speaks and its wonderful community for supporting our research, especially with the Autism Speaks Dennis Weatherstone Predoctoral Fellowship. I’d like to particularly thank the families who participate in our research. Their resilience and motivation inspire all our work.