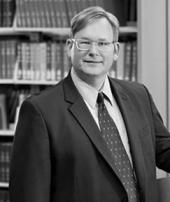 Q: I suspect my child with autism may be transgender. How will her autism affect how she processes her gender identity? How can we best support her as parents?

A: Researchers have made some headway in understanding gender identity in people with autism. It’s important to first understand some basics about gender identity issues. Then we can consider how your child’s autism might affect her.

When we talk about gender identity as health providers, we often use the term gender dysphoria. This is the clinical diagnosis for someone who identifies as a gender that is different than their sex at birth and is experiencing significant distress or impairment in social, school or other important areas of functioning. Not everyone who struggles with gender identity has this formal diagnosis. We also use the term gender-diverse to refer more broadly to the full range of gender expression. That can mean not identifying as only one or the other gender (nonbinary). Others terms can be used to describe individuals experiencing gender diversity such as gender variance and gender non-conformity.

About .7 percent of adolescents identify as transgender, or roughly 1 in 250 adults, but feelings of not conforming to birth sex can begin for transgender people in early childhood.

Transgender individuals are more at risk for mental health conditions, including depression, anxiety and suicide. About 30 to 50 percent of transgender teens attempt suicide. Some studies have found they have a higher rate of autism diagnosis, with estimates ranging from 6 to 13 percent. Other studies have found people with autism likewise have a higher rate of gender dysphoria or gender variance. They are also often dealing with other commonly co-occurring mental and physical health issues.

Given this observed higher rate of gender variance among children with ASD, it is important that evaluations for autism routinely assess for gender variance and that clinical evaluations of youth referred for gender variance also screen for autism. If your child has autism and is transgender, make sure you discuss this with your child’s health provider. It is important for planning treatments and therapies for other health issues. Providers simply using preferred pronouns during an office visit can go a long way toward establishing trust with your child.

A recent study featured interviews with transgender adolescents with autism, who voiced some common themes about their experiences.

They expressed some unique challenges being transgender and having autism. For some, executive functioning, communication challenges and social challenges can make it harder for them to advocate for their needs. This can mean at home, at school or in other activities. It can also be challenging for transgender people with autism to interact socially or talk with others about their gender identity.

But, the teens in this study pointed out some upsides. Some who said they typically have limited social interactions said this helped them feel more protected from negative attitudes about gender identity. Relating to other transgender people gave some a sense of community.

You may find your child shares some of these other feelings:

The American Academy of Pediatrics last year weighed in on gender identity issues in children, and the message is clear: Children need the support of their families and community. This means listening, respecting and supporting children as they express themselves. Start at home and advocate for your child with their health care providers, education teams and social circles.

The impact of autism and gender variance can be complicated. Increasingly, specialized clinical services are available at major pediatric medical centers around the country. Psychiatrists, Psychologists, Adolescent Medicine specialists, Endocrinologists, Developmental Behavioral Pediatricians, Counselors and Social Workers, and other pediatric medical sub-specialists can help families to adapt and adjust, can support positive coping and problem solving strategies, and can help monitor a child’s gender identity development over time.

Children and adolescents with autism spectrum disorders will have increased risks when also experiencing gender variance. The challenges that children with autism have in sharing emotions, in managing anxiety, and in building relationships will further complicate their ability to positively express gender variance or a transgender identity. The social-communication deficits inherent in autism make an already challenging process even harder. Expert and specialized collaboration between autism treatment specialists and interdisciplinary gender care is essential to promoting the healthy development of these youth.

If you would like a referral for gender services in your area, talk with your child’s health care provider. You can also call the Autism Response Team at 1-888-AUTISM2 or email familyservices@autismspeaks.org.