Can ABA help a teen on the mildly affected end of the autism spectrum? 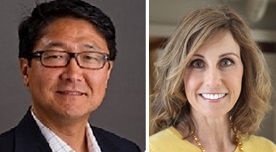 Today’s “Got Questions?” answer is by behavior analysts Sungwoo Kahng and Janine Stichter, of the University of Missouri’s Thompson Center for Autism and Neurodevelopmental Disorders. The Thompson Center is one of 14 sites in the Autism Speaks Autism Treatment Network (ATN).

Thanks for your question. The simple answer is that Applied Behavior Analysis (ABA) can be quite helpful across both the autism spectrum and the lifespan. For readers who aren’t familiar, ABA and other interventions based on its principles emphasize positive reinforcement to increase useful behaviors that encourage learning and social development. Conversely, the behavior analyst uses lack of reinforcement (no response) to reduce, or “extinguish,” harmful behaviors and those that interfere with learning and development.

ABA is also the most thoroughly researched and successful therapy for autism.

It’s true that much of the research on ABA-based interventions has focused on early intervention with young children. Overall, this research shows that the earlier you intervene, the better the long-term outcome. That has led to the current emphasis on early screening and identification of autism.

However, this isn’t to say that adolescents and even adults with autism don’t benefit from ABA-based interventions. Research and wide clinical experience also shows that ABA helps children, teens and adults across the autism spectrum -- from mildly to severely affected.

That makes sense because the key to ABA-based interventions is individualize each person’s treatment – while using the same, basic principles. So the treatment targets, or goals, for 3 year-old with autism will probably be different from those for a 15-year-old who has autism. But the intervention techniques will be quite similar. We can say the same about two individuals on different ends of the autism spectrum.

You are far from alone in questioning whether ABA is appropriate for someone older or with milder needs. This lack of clarity may stem, at least in part, because ABA therapy is best known for helping young children severely affected by autism and with intense, targeted needs.

Many of these children receive a form of ABA called Discrete Trial Training. Discrete Trial Training uses very clear and systematic protocols for teaching and reinforcing behaviors – typically with a therapist working one-to-one with the child. As its name implies, this approach breaks down skills into small, “discrete” components that the trainer introduces and teaches one by one with positive reinforcements for every small movement in the right direction.

As a science, Applied Behavior Analysis is much more than “behavior modification.” It is a systematic approach to introducing and supporting socially appropriate behaviors. It’s based on the theory that behavior can be learned and reinforced. It also emphasizes identifying positive “replacement behaviors” for those behaviors that are not socially appropriate. Hitting as a way of saying “hello” would be an example of a behavior that we would work to replace.

In young or severely affected child, we might work to replace the hitting with the use of a picture card that conveys the desired greeting. In working with the child, we provide praise and small tangible rewards to convey that the picture card works better than hitting to greet someone. Gradually, the child stops hitting and instead uses a more appropriate way to get people to respond.

So what does ABA look like for less severely affected young children, teens or even adults? For starters, it might not take place in a therapy room or even an autism-specific classroom. The therapist might work with the person in the context of daily routines and settings.

For example, a 12-year-old on the milder end of the autism spectrum may not hit to say hello. Instead, he may walk up to a group and without any preamble ask, “Who is your favorite Star Wars character?” Clearly, this form of greeting can create social problems if not recognized as a “hello.” The group may ignore the boy or tell him he’s being weird.

A behavior analyst would try to determine the purpose of the boy’s behavior. In this case, it may be that the boy is trying to initiate a conversation. In this context, the boy and therapist can develop a replacement behavior – that is, a more appropriate way to greet someone or approach a group.

Along these lines, the therapist might help “Zach” learn to take turns in a conversation. For example, they might use a turn-taking card that they hand back and forth as each takes a turn responding to the other. Or even better, Zach would have this conversation with a friend, with the therapist looking on and coaching as needed. Once Zach completes the turn-taking step, he can then spend a minute or two talking about his favorite Star Wars character.

This example illustrates the three basic steps of ABA:

The goal is for these steps to produce success in Zach’s daily life. When people respond more warmly and consistently to him, their positive responses become a natural reinforcement for his new behavior.

In short, ABA can help replace problematic behaviors and build more-effective ones throughout a person’s daily life.

In closing, we would emphasize that it’s important to find a therapist who is trained in ABA and experienced in working with those who are older or on the less-severely affected end of the autism spectrum. An after-school or community autism group – such as social skills class – can be another good option when led by a qualified behavior analyst.

To find such resources in your area, we suggest calling school counselors or your closest autism specialty center. Find your closest Autism Speaks ATN center or contact the Autism Speaks Autism Response Team, available to answer calls and emails from 9 am to 1 pm local time. (888-288-4762; En Español 888-772-9050; familyservices@autismspeaks.org).

Thanks again for your question, which we know is shared by many people.