This week’s “Got Questions?” answer comes from Stelios Georgiades, assistant professor of psychiatry and behavioral neurosciences at McMaster University and the Offord Centre for Child Studies, in Hamilton, Ontario. Stelios is part of Autism Speaks Baby Siblings Research Consortium. These “baby sibs” are the younger brothers or sisters of children with autism spectrum disorders (ASD). Stelios and his colleagues recently published research on developmental delays in baby sibs who do not meet the full criteria for diagnosis with ASD. 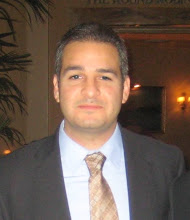 My brother has autism, and I’m wondering about the chances that my child will be affected.

As an autism researcher, I find that questions about real-life issues are among the most difficult to answer using scientific evidence. To even try to answer your question, I have to start by asking that you accept the fact that we don’t yet have the evidence to provide an absolute answer.

Even if science cannot provide an absolute answer to your question at the present time, findings from good research studies like those funded by Autism Speaks can lead to more systematic monitoring and earlier identification of ASD in children who are at elevated risk. Earlier detection, in turn, can lead to earlier intervention and better outcomes.

So how can science inform the discussion around this important issue?

For starters, a recent study, partly funded by Autism Speaks, found that in families with one or more children with ASD, the chances that a baby sibling will develop autism are much higher than previously thought. In fact, the odds were around one in five, or 20 percent. In my team’s recent study (mentioned above), we found that that younger siblings who do not go on to develop autism are at risk for more subtle, autism-like traits very early in life. Around 20 percent have one or more of these delays or difficulties. Examples include problems with social communication, cognitive skills or anxiety.

This doesn't answer your question directly. But it suggests a significant amount of shared family risk.

In another recent study, researchers used information from the Interactive Autism Network (IAN) to estimate the recurrence of autism in half-siblings – coming in at around 9 percent, or almost 1 in 10.  So again, we see suggestions of inherited risk factors.

Still, using these findings to estimate the risk in extended family members would lead to misinterpretation and confusion. This is because we don’t yet fully understand the factors that predispose a child to developing autism. That’s crucial for giving real estimates of autism risk.

For example, until recently, most researchers saw autism as almost entirely genetic. The old thinking was that heritability accounted for up to 90 percent of all cases. Then, a comprehensive study of twins with autism showed that environmental factors also play an important role in driving autism recurrence in families. By environment, researchers mean anything non-genetic. To me, this study highlighted the reality that – even though autism runs in families – we can’t assume that it’s entirely inherited. There are probably other risk factors that, like genes, are common among family members.

Until we gain a better understanding of the specific role of genes, the environment and their interactions, we can’t really nail down the risk for family members. To complicate things further, emerging research suggests that in some cases, autism is linked to de novo, or new, gene mutations. These occur in the DNA of germ cells or the embryos of affected children. But they aren’t seen in their parents.

If your brother’s autism involved such a de novo mutation, for example, this would not necessarily affect the likelihood that your children would be predisposed.

In closing, I can say with confidence that even when the answer is far from clear, asking the difficult question can be very beneficial. It triggers discussions that can help us move forward in finding the causes of autism and – most importantly – in finding better ways of improving the lives of those affected by ASD and their families.