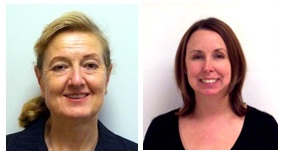 For those of you not familiar with bipolar disorder, it’s a mood disorder once known as “manic depression.” Persons with bipolar disorder alternate between a frenzied state known as mania and episodes of depression. While some individuals experience only the manic episodes, many affected individuals rapidly alternate between these two states and experience great irritability.

As with other psychiatric disorders, studies suggest that bipolar disorder may be relatively common among children and adults with autism. Some studies have found that as many as 27 percent of those with autism also have symptoms of bipolar disorder. By contrast, its prevalence in the general population is around 4 percent.

However, we believe that bipolar disorder is mistakenly over-diagnosed in those with autism. In part this is because some of their symptoms can overlap.

It’s particularly challenging to diagnose psychiatric disorders in individuals who have language impairments or intellectual disabilities – as do many of those with autism. When diagnosing typically developing children and adults, we can ask them about their emotions and experiences. Yet we know that many individuals with autism have trouble expressing themselves or understanding such questions. Even mild language difficulties can make it difficult to relate thoughts and feelings.

For these reasons, traditional methods of assessing psychiatric disorders can be inappropriate for many of those with autism. It’s particularly important for the doctor to get to know the individual and his or her family and environment before attempting such a diagnosis.

The challenge is to distinguish symptoms of a mood disturbance from those of autism or attention deficit hyperactivity disorder (ADHD). ADHD is even more commonly associated with autism. Its symptoms can include extreme frustration and difficulty controlling emotions, as well as hyperactivity, distractibility and impulsivity.

In a study of children with autism (ages 7 to 17), we found that nearly a third had frequent episodes of “elevated mood.” Just over 60 percent could be described as “very irritable.” Just over half talked excessively. Other common symptoms included excessive activity such as pacing (43 percent), accident proneness (44 percent), distractibility (43 percent) and a tendency to “get in trouble” (47 percent). Sleep disturbances were also common.

The point is that all these behaviors could be considered symptoms of bipolar disorder!

Yet clearly these children did not all have bipolar disorder. In many cases, their “mania” symptoms were, in fact, symptoms of autism. ADHD symptoms also overlap with these behaviors.

In our study, we found we could tease apart the symptoms of true bipolar disorder from those of autism by looking carefully at when the symptoms appeared and how long they lasted. An example would be a teenager with autism who has always been high-energy, happy and socially intrusive. She shouldn’t be labeled as manic just because she talks to strangers and makes inappropriate comments. By contrast, let’s say the same teenager abruptly started going without sleep for days in a row, while having more tantrums than usual. This may represent a true manic episode.

Not surprisingly, the symptoms of bipolar disorder in someone with autism are likely to look different than they would in others. They commonly include “pressured speech” (rapid, loud and virtually nonstop talking), constant pacing, an abrupt decrease in sleep and increased impulsivity leading to aggression.

Psychiatrists often prescribe psychoactive medications to treat bipolar disorder. Lithium is one of the most common treatments. Unfortunately, lithium often produces significant side effects. They can include thirst, excessive drinking and bed wetting, shaky hands and even life-threatening toxicity. This is of particular concern with individuals who have communication difficulties, as they may not be able to alert caregivers to the side effects they’re experiencing.

Studies suggest that anti-seizure, mood-stabilizing medications such as valproic acid may be a safer treatment for those with autism. We’ve also seen success with a combination of a mood-stabilizing medicine and a low dose of an antipsychotic medication. The atypical antipsychotics risperidone and aripiprazole are both FDA-approved to treat irritability in children with autism ages 6 and older. However both tend to produce significant weight gain and diabetes risk. Therefore, their use requires close monitoring.

In addition to medication, researchers at our ATN center (Ohio State and Nationwide Children’s Hospital) are evaluating a family treatment intervention that combines education and psychotherapy to help individuals with autism and mood disorders. Early results suggest that this type of intervention decreases mood severity in children, while improving family interactions and access to appropriate healthcare.

If you or your child has autism and you’re concerned that it may be complicated by a mood disorder such as bipolar disorder, we recommend that you seek assessment from a mental health provider with experience in autism spectrum disorders and co-occurring psychiatric disorders.

Editor’s note: Specialists working within Autism Speaks Autism Treatment Network are dedicated to combining cutting-edge research with the delivery of comprehensive “whole person” care for children and teenagers with autism. ATN clinicians are also dedicated to sharing their autism expertise with pediatricians and other medical practitioners in their regions.