“I read that Autism Speaks is funding research into auditory processing disorder. What is it, and how does it affect people with autism?” 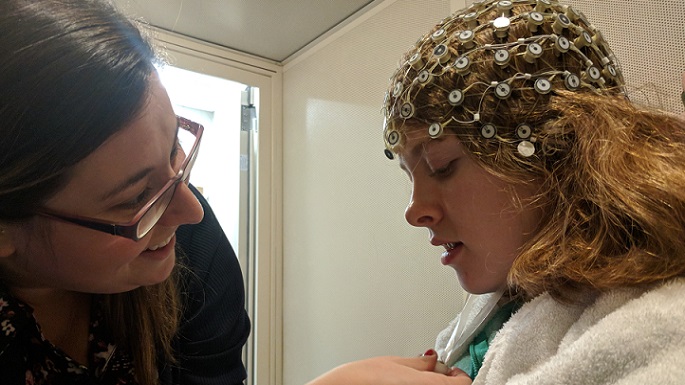 Today’s “Got Questions?” answer is by Sophie Schwartz, Autism Speaks’ first Royal Arch Mason’s predoctoral fellow. Through her fellowship, Ms. Schwartz’s is investigating how central auditory processing disorders may interfere with language development in minimally verbal teens and young adults who have autism. 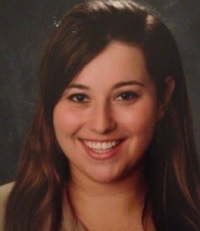 In January of this year, Autism Speaks and the Royal Arch Masons announced funding for an additional predoctoral fellowship as well as pilot research study aimed at developing personalized interventions for central auditory processing disorders. 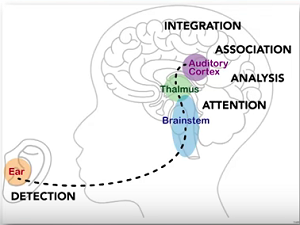 Central auditory processing involves how the brain processes, or makes sense of, sound detected by the ear. Image courtesy the American Speech Language Hearing Association. For a good analogy of what a person with an auditory processing disorder experiences, imagine trying to have a meaningful conversation with someone at a noisy party. You’re surrounded by noises at different volumes. People talking. Someone shouting. Music. A drink blender. Doors slamming. You get the idea.

To have that a conversation, you need to understand what your friend is saying. This involves separating her words from the rest of the sounds. You’re probably using both sound and visual cues to do so – focusing on your friend’s mouth and the pitch of her voice.

Most people perform this kind of sound processing automatically, though it gets more challenging in noisy settings. That’s when we need to really concentrate on the person who’s talking with us.

However, for someone with an auditory processing disorder, the difficulty is already present in early childhood. And it presents challenges in settings that most people might consider “ordinary.”

We don’t know what prevents around a third of people with autism from developing language. But research increasingly suggests that autism often involves difficulties in distinguishing and processing sound – one of the most basic skills needed to understand and use speech.

If you have autism – or have a child with autism – you may have experienced or seen indications of this difficulty such as the following:

Parents often notice these “auditory hypersensitivities” when their children are quite young – even before a child is diagnosed with autism.

We know that autism and auditory processing disorders often overlap, though don’t know precisely how often. Some estimates based on parent reports suggest that up to 80 percent of children with autism process sounds in atypical ways.

How research can help 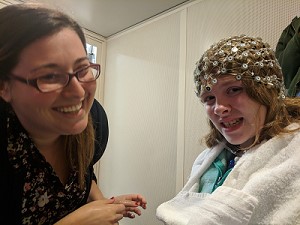 My research aims to deepen our understanding of the brain-activity patterns associated with sound hypersensitivity and difficulty with language in adolescents and young adults on the autism This participant is looking forward to watching Frozen now that her EEG cap is on. Image courtesy of Boston University Center for Autism Research Excellencespectrum.

These insights, we believe, are the first step to developing personalized interventions that can support communication and improve quality of life.

An integral part of this research is to see if autism-related difficulties in using and understanding language stem from a combination of brain-based auditory processing issues and the behaviors these individuals use to escape the distress and anxiety caused by their sensitivities to sound and social communication more generally (like covering their ears and turning away).

Remember, children typically pick up language by listening to people talk and detecting the patterns of that make up speech. If the brain can’t process these sounds effectively or the sounds are being blocked out, this can present a serious challenge to learning language.

A new approach to help those who need it most

My fellowship research project overcomes this hurdle by using electroencephalography (EEG) to measure how the brain registers and processes sounds. We can do this regardless of the study participant’s verbal or cognitive abilities.

In our study sessions, we place an elastic EEG cap with small sensors on the head to record the brain’s electrical activity in response to sounds. This includes monitoring the brain’s response to particularly meaningful sounds compared to less important sounds. For example, we can compare responses to a recording of the participant’s own name versus unfamiliar names.

We are also looking for differences in brain activity when the names are played during background chatter versus quiet. This allows us to see if and how background chatter interferes with the brain’s processing of language in people who have with autism.

Accommodating the needs of study participants

With the help of behavioral therapists, we’ve developed methods to ease the sensory aversions that some participants have to wearing an EEG cap. For instance, we help participants get comfortable with the EEG cap by starting with “practice caps,” without the sensors and cords attached. This allows them to begin wearing the cap briefly (even a few seconds) and then gradually build up to around 5 minutes before moving on to the real cap.

Best of all, once the EEG cap is on, the teens and young adults in our study can just relax. They don’t need to perform complicated tasks or describe what they hear or experience. They just get to sit and watch their favorite movie.

From this research, we’ll be able to compare the brain activity patterns we see in response to sounds with observations of behaviors that suggest atypical sound processing (such as covering ears or humming) in adolescents and young adults with a range of language abilities.

We hope to fill gaps in our knowledge of how people with autism perceive and process sounds, especially speech. We will also learn more about who is processing sounds in atypical ways and who is likely to benefit from interventions that target sound processing and language.