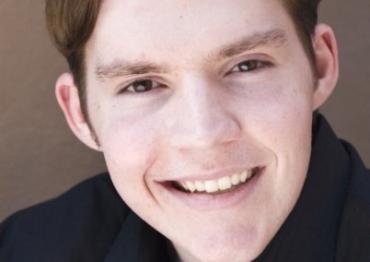 This guest post is from Autism Speaks Staffer Kerry Magro, an adult with autism who is a national speaker and autism advocate. This post is part of an initiative on our site called "In Our Own Words," which highlights the experiences of individuals with autism from their perspectives. Have a story you want to share? Email us at InOurOwnWords@autismspeaks.org!

When I was a kid I absolutely loved theater.  My fascination with theater began when I was just starting grammar school.  My parents had been using theater as part of my therapy to assist with my communication issues. Years later, when I became a self-advocate in college, I turned that fascination towards the world of films.  I wanted to insure the entertainment industry was providing as realistic of a portrayal of individuals with autism as possible. This led to me helping out with the 2012 film Joyful Noise (starring Queen Latifah and Dolly Parton) that portrayed a character with Asperger syndrome.

As characters with autism appear in more plays, films and on television, I’ve received many questions regarding the trend.  On my journey as an advocate I seem to always get a question or two about The Big Bang Theory’s main character Sheldon Cooper and whether or not he has Asperger syndrome.

Sheldon plays a scientific genius who works at a local university and shows several characteristics typical to those who have Aspergers, such as attention to detail, repetitive actions and a lack of social skills.

Although the Big Bang Theory states that Sheldon is not on the autism spectrum, Jim Parsons, who plays Sheldon on the show, has mentioned in several interviews how his character seems to exhibit some Asperger-like characteristics.  Parsons isn’t the only person who has suggested that certain scientific minds show characteristics of Aspergers.  A few weeks ago, autism self-advocate Dr. Temple Grandin spoke at a conference I attended.  She mentioned two other people she believed shared characteristics of Aspergers, Steve Jobs and Albert Einstein. Much like Sheldon, these two geniuses are seen as two brilliant minds that also have issues with social interaction.

Whether or not the Sheldon character has Aspergers, the show’s popularity has brought this discussion to a large national audience, many of whom have high praise for Sheldon.  I even heard this from a local boy with autism several weeks ago in a school that I visited.  The boy wanted to grow up to be just like Sheldon!  I have to admit that I have watched the show for years and I feel a connection to the character as well.

No matter why you watch the show, after talking to many individuals in our community, the biggest reason why people seem to be drawn to him is that he’s absolutely genuine. He is who he is and doesn’t pretend to be someone he isn’t. He’s just his own unique self.

I think that is something we can all relate too. We are all unique in our own way. It goes with the old saying we have in the autism community how “If you’ve met one person with autism, you’ve met one person with autism.” For our families, Sheldon shows that dreams we hope for our own kids like having a job, being in a relationship and living independently can become reality.

Sheldon to me is one of the most unique characters we have on television today. As an aspiring consultant in the field of autism awareness and education, it’s a message I want to impart to others.  Even though Sheldon may seem different, a character like his should be treated with respect and tolerance.  My message of respect and tolerance is one I hope organizations focus on.  The wide spectrum of autism includes many truly unique individuals.  Their stories should be celebrated much like those of Sheldon, Albert and Steve. 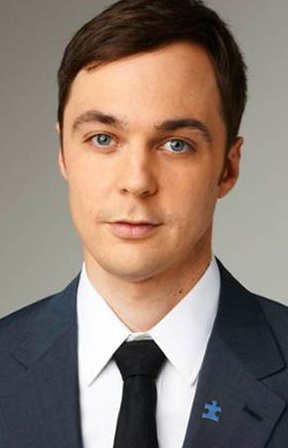 Are you or a loved one a fan of Sheldon Cooper and/or the Big Bang Theory? Tell us about it in the comments!