Why my son with autism loves unconventional Halloween costumes

I know what you’re thinking. Halloween? Why would anyone choose Halloween (of all holidays) to celebrate my son's autism? What good could possibly come from the added sugar high, forced social interaction (with strangers no less), and added volume from shrieking and excited children that could possibly warrant a celebration? Well, when you think of it THAT way it doesn’t. Thankfully my son with autism has taught me to look at Halloween through his eyes and I want to share with you what I now see.

My son Granderson (Grandy for short) is 7 years old and was diagnosed with autism spectrum disorder in 2014. Grandy also has savant syndrome and when he gets “obsessed” with a subject he learns more than the average person. When he was 4 it was microwaves (hence the microwave costume). At age 5 it was buildings (which is why he wanted to be a deck). At age 6 it was fire alarms (he knew every make and model number). This year at 7, its the weather, specifically tornados and hurricanes. 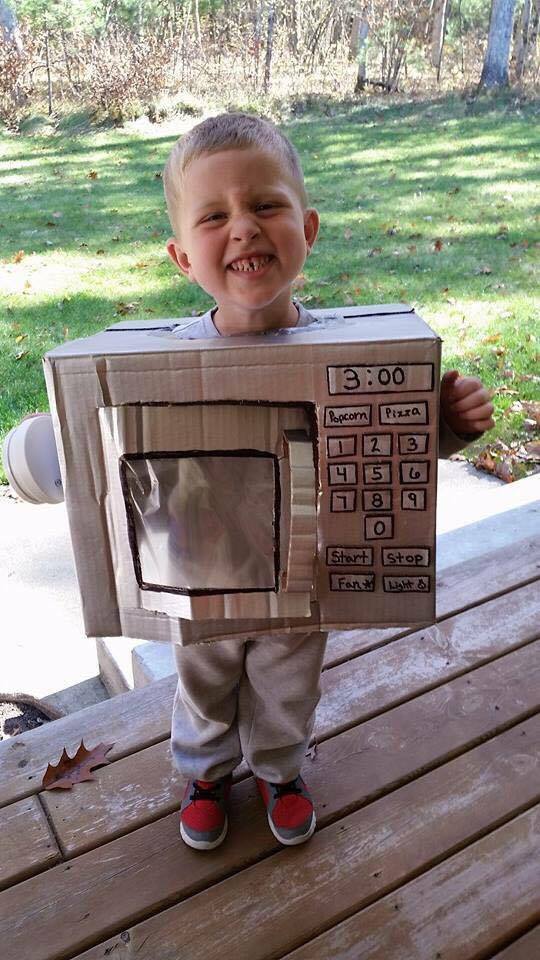 Halloween is the ONE day a year where being as different as humanly possible is not only accepted, but it’s praised! It’s a day when it’s OK for my child to stand out in the crowd. He can be ANYBODY or ANYTHING that his heart desires and nobody looks down on him for doing so. It’s a day when “regular” children, who are dressed and look the same, don’t get as much positive recognition as a child that doesn’t. In a world filled with Elsa’s, Minions, SpongeBobs, and cartoon characters - my child’s idea of being a microwave or fire alarm earns him extra praise (and candy too). I celebrate autism on Halloween because my son has allowed me to bring his interests to life right before his very eyes! The look of happiness on his face when I present to him his homemade costume is something I cannot put into words. He’s been a microwave, a deck, and a fire alarm (all of which were HIS ideas) and this years costume is no different. It’s the equivalent of a child’s eyes lighting up on Christmas morning or seeing Mickey Mouse for the very first time! It’s in those rare moments,on Halloween, that I KNOW I am doing right by my child.

Grandy is somewhat of a local celebrity due to an incident that made national news headlines. For his 7th birthday we were given an all expense paid trip to Connecticut where the Honeywell (fire alarm company) headquarters is at and the people at Honeywell threw him a 7th birthday party at their fire alarm factory! He has since moved on from fire alarms (thank God lol). Since the first year he was a microwave for Halloween my social media friends wait anxiously every year to see what his costume is going to be. Needless to say Grandy never disappoints them with his ideas (and I try my best) to make his idea a reality. So far I’d say we’ve made a pretty good team and he gets lots of extra candy to prove it.

This year my son has chosen a costume (based on his newest obsession with the weather) that once again I couldn’t buy in a store. It took weeks for me to decide HOW to make it. It is literally filled with my own blood (because I suck at sewing), sweat, and tears, but the look on my son’s face when he saw his finished costume makes it all worth it. I know people will point at him, stare at him, and maybe even giggle at him, but on Halloween ALL of those reactions will be positive instead of negative. My son will receive praise for his costume idea, he will get recognition for thinking outside of the box, and for ONE day he and I will feel the freedom that neurotypical children and parents take for granted. 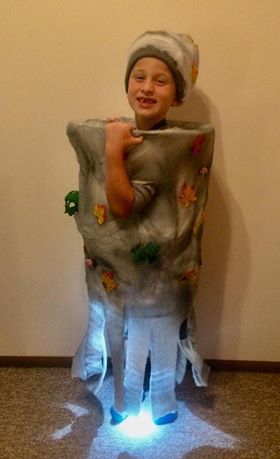